Are Conservatives Too Dumb to Govern? 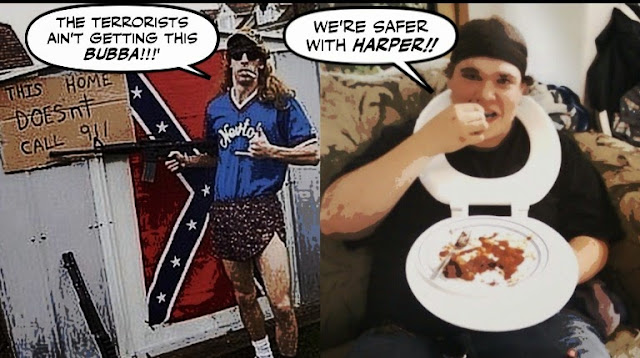 We already knew that the brains of progressives and conservatives are wired differently.

And that Cons have a larger fear gland

Peering inside the brain with MRI scans, researchers at University College London found that self-described conservative students had a larger amygdala (link is external) than liberals. The amygdala is an almond-shaped structure deep in the brain that is active during states of fear and anxiety.

Which explains so much... 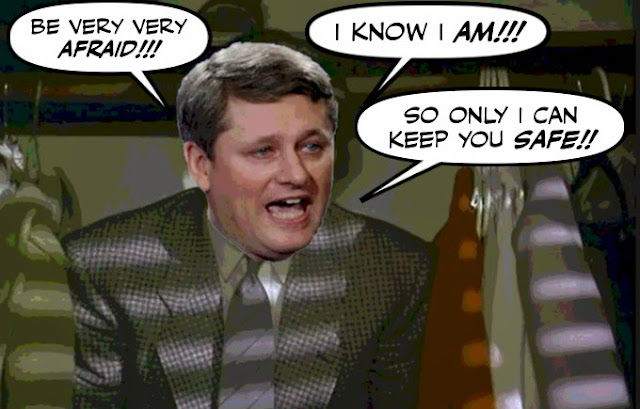 For what else can explain that cowardly behaviour, or that leap of logic?

But now a new study has come up with an even more frightening result.

It seems that Cons are also incredibly dumb.

Researchers have found a possible explanation for why certain people are prejudiced: they’re less intelligent.

The study, published in the journal Psychological Science, examined data from two large-scale British studies, and found lower intelligence scores in childhood were predictors of greater racism in adulthood, which the researchers controversially explain is brought about by adopting right-wing ideologies.

Which also makes them incredibly dangerous.

A secondary analysis of data from a U.S. study also showed those with poor abstract-reasoning skills were more likely to have anti-homosexual prejudice, partially linked to authoritarian attitudes.

For surely only that can explain this.

Some Ontario parents are putting their kids “on strike” on Monday, keeping them home from school to protest against sex education material in Ontario’s 2015 health and physical education curriculum.

That horrible mixture of ignorance and prejudice.

But then I'm sure most of us knew that all along eh?

For what else could explain Stephen Harper's Con regime? 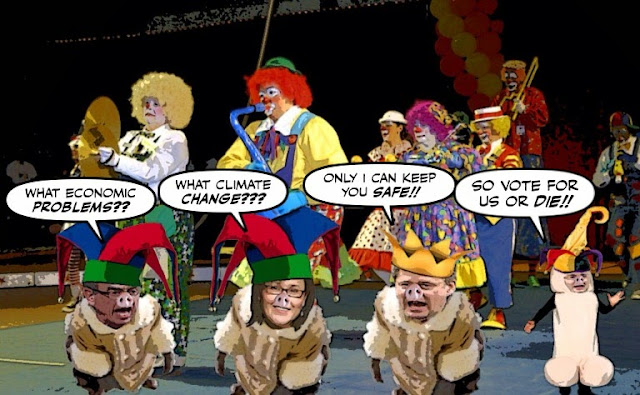 Where Leona Aglukkaq alone can tilt the balance from ignorant to IDIOT... 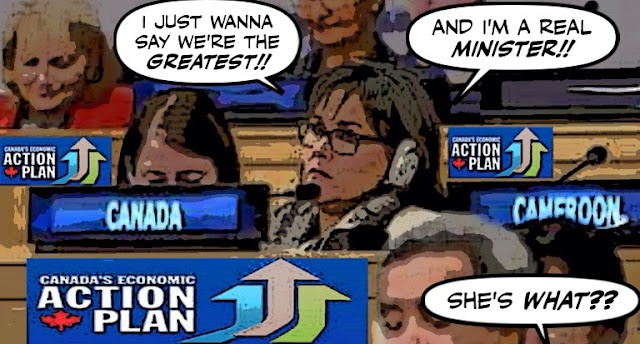 The Con clown Paul Calandra is in a league of his own... 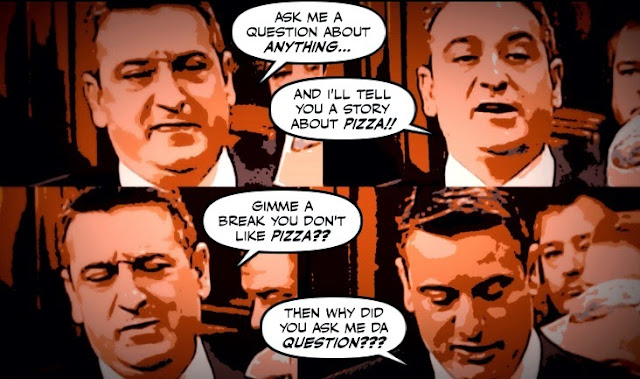 And so is Brad Butt who claimed he had seen Liberal voters stealing ballots with his "own eyes."

Until he was forced to admit he hadn't... 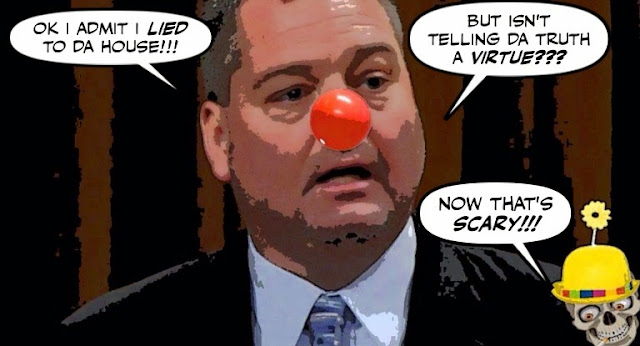 But still tried to make it sound like he should be praised rather than censured.

And the sad thing is there is NOTHING we can do to help them.

Because you can't grow brains like tomatoes. And trimming their fear glands is not a realistic option.

All we can do is help spread the word, and warn the intelligent.

And too dumb to govern... 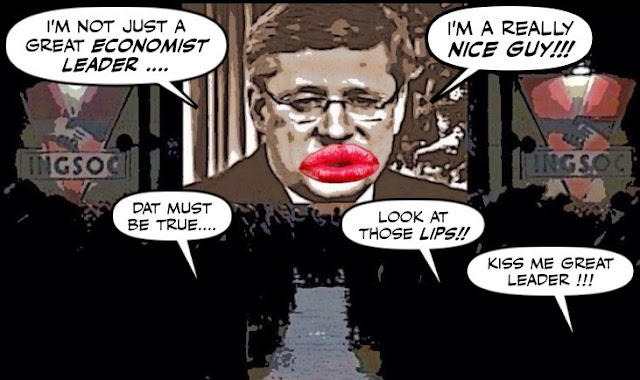 Well that does explain a lot of things. Polls do show that the less educated support the conservatives. But those studies show that the problem is pathological.

We do not have to 'warn the intelligent'.........they already realize what is happening! But, we all make mistakes, eh? When I gave up watching MSM and started to investigate other sources of information, I came alive. My only regret is that I should have done it sooner!

Considering the huge numbers of idiot voters that will continue to support them, despite all evidence that they are the worst thing to happen to this country, shouldn't the headline be "Are Canadians too Dumb for Democracy?"

Or maybe too insane? Brilliant piece Simon I always thought the were 'wired' differently they lack emotion as well as intelligence. They are an icy cold hearted bunch who scream me me me all the way from the cradle to the grave. And they go lights out at the end of the line with nothing just like everyone else.

Perhaps we can have Steve and Jason under go a brain scan to see if they are fit for office. In the U.S.A. the President's health is a matter of almost public knowledge. They release their health status following medical check ups. Now personally I don't agree with it, but hey, if Steve has a brain problem the voting citizens of this country ought to know.

of course now Steve and Jason can say its not their fault they way they are, they were born that way..........

Those two guys do look dumb but are you sure theyare stupid enough to vote conservative?

hi rumleyfips...well it may not be surprising buy I still find it really interesting. I suspect it's an evolutionary situation. Humans needed two different groups to survive back in the mists of time. One group that wanted to charge through the dark woods an head for new fields on the horizon. With the other group there to hold them back in case some monstrous carnivores were lurking in the gloom waiting to eat them all. I can see how it might have worked then ;) Bu more pertinently it shows us that it we all want to row together some day, we have to address the concerns and fears of those who always vote for the Cons...

hi mizdarlin....that is a horrible thought, and let's hope the answer is no, because that kind of ignorance is the road to fascism. The latter day brand don't wear jackboots, they just use propaganda to confuse the ignorant. But blaming the ignorant will lead us nowhere. What progressives need to do is educate them in a more effective manner. Because right now they're not doing a good enough job....

hi Mogs....yes, but remember some are worse than others and some can be redeemed. We just have to address their needs better. And in this greedy society, we need to hammer home the message as brutally as possible. Greed isn't just nasty, it threatens human survival. And there is no crime greater than that...

hi e.a.f....well steve does have physical problems, he is asthmatic, and Jason has his frightening chastity vows, which must be very painful. And of course they both should be examined by a forensic psychiatrist. But I'd like to treat them for their cruelty, their bestiality, and their lack of morality. Because in that regard they are both seriously ill....

hi anon....hey who are you calling stoopid ???? That toilet seat mobile pizza and beer (or grits) tray is a BRILLIANT invention !!!!!!! On the other hand the guy on the left worries me. He looks like the kind of Con who could shoot himself (or others) by mistake... ;)

Yo Simon yes I could not agree more there is no greater crime than destroying your home planet not even to mention your human survival point. They are both a concern and linked a very strong concern. I used to tell my friends in the 1980's if we continue the path we are on we will [WILL] look like Mars in the future. They replied can't you talk about something nice? I told them no denial is not a river in Egypt. You are ignoring the destruction of the planet. What can I say I am not a fortune teller but I saw the direction we were heading. Feces for the human species at the whim of a rich old boys club. Sad but true.