Robert Fisk: Why Harper's Blind Support of Israel is Dangerous 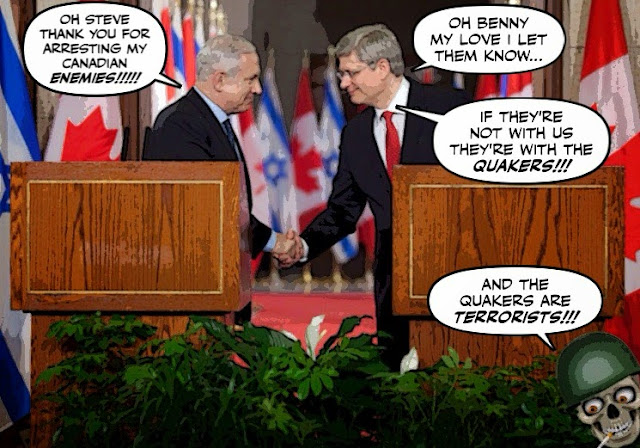 Last week I wrote that Stephen Harper's threat to use hate laws against Canadians who peacefully protest the actions of Israel's brutish Netanyahu regime, was the first shadow of a police state.

By calling Harper's blind support of Israel both crazy AND dangerous.

Because although Fisk is not sure that boycotts are the best way to go, he does know that calling peaceful protest a hate crime, and threatening to jail people like Quakers, makes absolutely no sense.

This is not only ludicrous, stupid, pointless and racist because it assumes that anyone opposed to Israel’s vicious and iniquitous policies of land-grabbing in the West Bank is an anti-Semite, but it is also anti-democratic. Those who believe in non-violence have always espoused boycott movements on the grounds that economic pressure rather than bombs is a moral way of putting pressure on a country that violates international law. 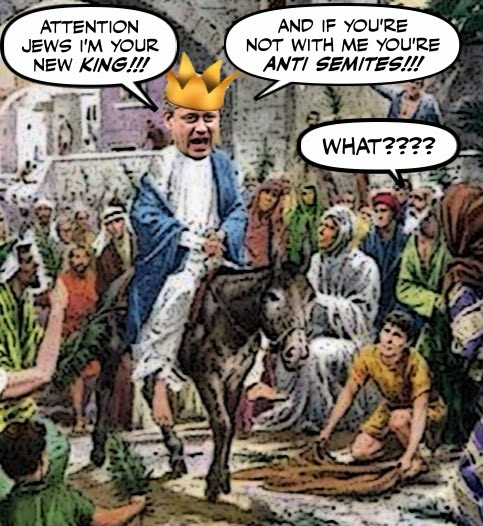 If I decline to buy Israeli-produced oranges at a British supermarket, this doesn’t make me a Nazi murderer. To criticise Israel doesn’t turn Canadians into Jew-haters. A number of liberal Jewish groups have protested against Harper’s proposed new law – far too many Jewish organisations have praised it – on the grounds that it assumes that all Jews support Israel or approve of its actions.

And since Jews are also members of boycott-Israel groups, Harper’s Comic Cuts new law would have to put Jews on trial in Canada for anti-Semitism.

It is madness, and it is DANGEROUS.

Boycotting a state for its crimes is a non-violent but potentially powerful way to express moral outrage at a time when political statements – or cowardly governments like that of Stephen Harper – fail to represent the anger of voters or have any effect on a state that ignores international law. If you take that away, then the Boston bomber, now facing the execution chamber, can say that his was the only way.

For not only is our depraved leader threatening to turn us into a police state, he's also promoting terrorism... 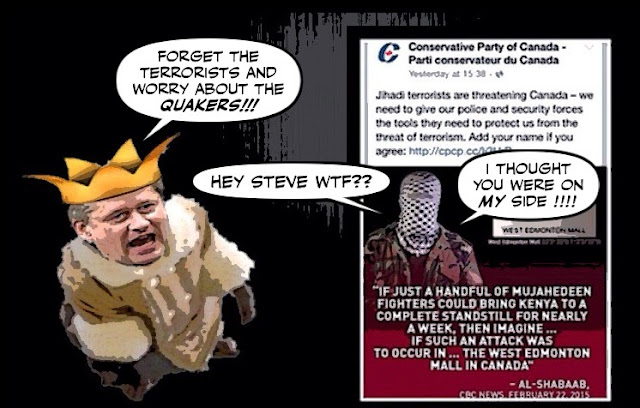 Trying to scare Canadians with the Great Terrorist Menace, while doing almost nothing to fight it.

if Canada and the West want to do a more effective job stopping domestic or international terrorism, choking off the money supply is likely to be at least as effective, if not more so, than the bombs we’re now using against them.

And yet, though we know a great deal about the sources of terrorist financing and how they spend their money — their biggest cost is, like any business, rent, salaries and other overhead — Canada has almost no track record of disrupting terrorist financial networks.

And really what more can I say that I didn't say in the post I wrote?

Except when can we get rid of that hapless Netanyahu stooge?

Before he shames us further.

Before he jails us all... 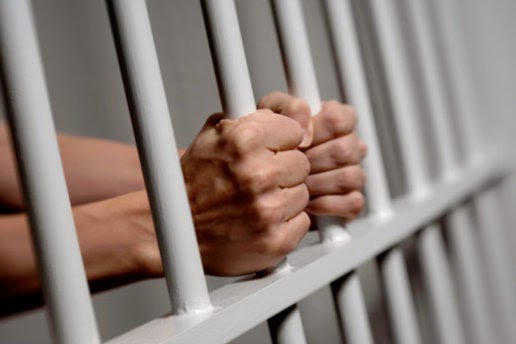 There is no "SAFE" place to live in peace on this Big Ball of Mud!

Can hardly wait for herr harper to arrest my sister. O.K. just joking, but she does belong to the United Church and supports the boycotts of products made in the occupied territories. Even attends the meetings. Now as the granddaughter of a man who was the only surviving member of his family after the Holocaust, its going to make for some nice coverage. Oh, I will be bailing her out, if he arrests her.

Steve just doesn't get it. Being Jewish is a religion and as in all religions not everyone agrees to interpretation of the records or how to vote, live, etc.

Steve is bringing his religion into our House of Commons and it needs to stop. This is not about hate crimes. This isn't about foreign affairs. Its about Steve and 60 of his Cons religion.

Warren Kinsella had some interesting information on his blog about Canada Post distributing material for heritage foundation types. When he complained to Cabinet Minister Lisa Raitt, he was advised it was an arms length corporation. Nothing she could do.

So could someone explain why it was o.k. to use Canada Post to distribute hate mail, but its going to be "illegal" to boycott Israel goods? O.K. Canada Post makes money out of distributing hate mail and perhaps this is all pandering to two different groups, who they hope to get money from and votes from.

Had another look the picture of Bennie and Stevie, at the top and you know they look like the could be brothers separated at birth.

Hopefully e.a.f. Steve sits down to his last supper with his sixty zealots.

What's next? Is Steve (with his majority) going to pass a bill before the fall election that would make it a "thoughtcrime" to hold unspoken beliefs or doubts that oppose or question the Conservative Party?