Stephen Harper: Supporting the Troops AND Endangering Them 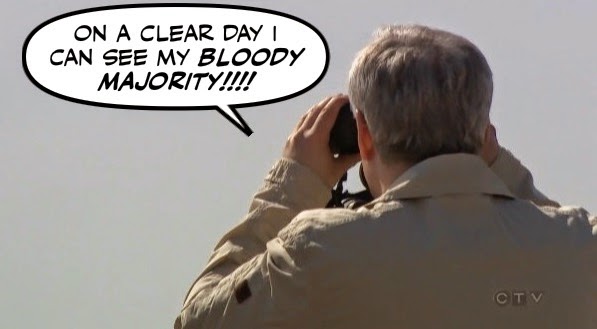 He likes to turn everything into just another big photo-op. He likes to pose as a Great Warrior Leader.

He likes to run pictures of himself and our soldiers, to prove he supports our troops.

Even if he endangers them. 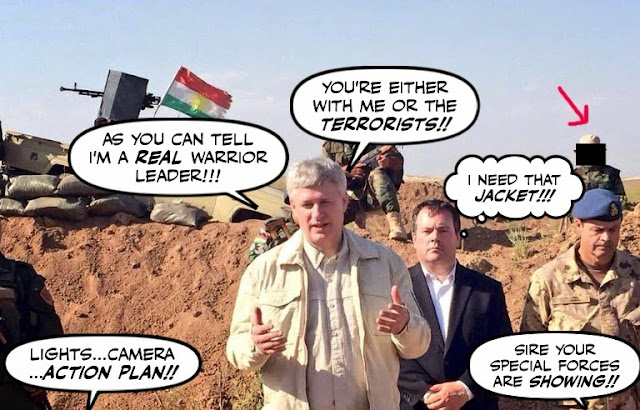 The Prime Minister’s Office has admitted to a major security breach in promoting Stephen Harper’s recent tour of Iraq and Kuwait after it posted two videos to the Internet that may have exposed Canadian soldiers’ identities and made them vulnerable to attack.

He likes to lie.

It’s a complete reversal for the PMO, which earlier Tuesday insisted that it violated no security rules when it published PR videos that included the faces of Canadian military personnel on duty in both countries.

Until he's forced to tell the truth about his porky photo-op. 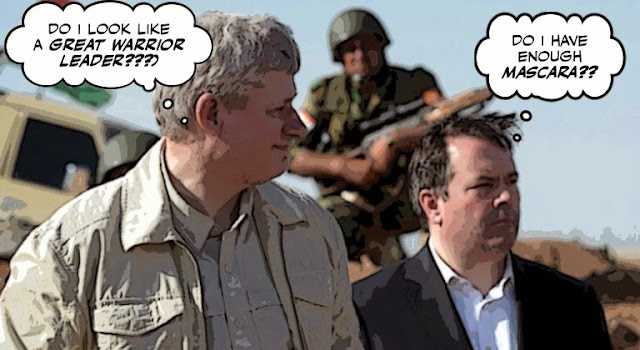 “After a second review, it became apparent that two of the videos should not have been posted,” Rob Nicol, director of communications for Prime Minister Stephen Harper said in a statement.

The PMO yanked the “24/7” videos from the Internet early Tuesday morning after concerns were raised about whether the Conservative video-makers had left Canadian soldiers vulnerable to being targeted by terror groups such as Islamic State.

And to make matters worse, it's not the first time the Cons have put their propaganda before the safety of our troops.

The Department of National Defence and its new minister, Jason Kenney, are facing harsh criticism after sharing photos of Canadian special forces members from the ramp ceremony in Erbil, Iraq, on Sunday honouring Sgt. Andrew Doiron.

Which is as I have pointed out before, the same as they are doing to the rest of us... 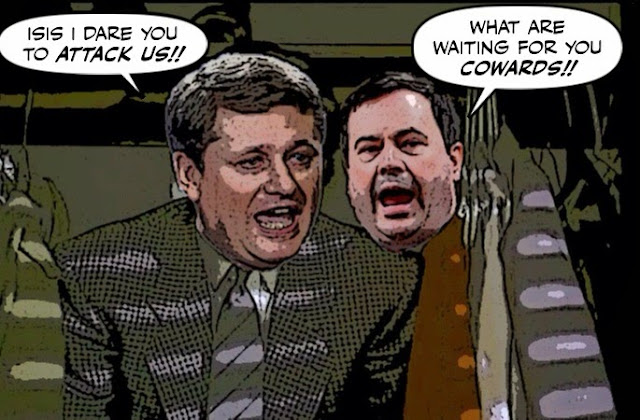 And of course Tom Mulcair is right:

And the only question that needs to be determined is when can we make all our lives safer?

By getting rid of these dangerous Con clowns... 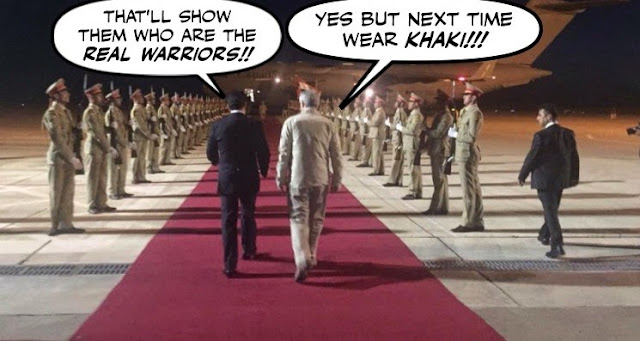 Absolutely disgusting. I'm sure the last thing Harper was concerned about was their safety. This egomaniac has once again proven that he is not fit to govern.
JD

Yet another example of Harper's piss poor decision making. The videos were produced because *he* wanted them produced. It's as simple as that. No one else made that call. His ever present desire to be constantly portrayed as a serious leader has led to this extreme security breach. And you know it's an extreme mistake when this regime actually owns up to its mistake. Something it seldom does. How anyone continues to believe this awful, awful human being is a quality asset to this nation is beyond me.

It's not even just the safety of the soldiers that is compromised; their families in Canada can also be targetted. ISIS has demonstrated that they are very tech savvy. Wouldn't take much to match a face to a picture on a Facebook page and go from there.

Watching The Clouds of Smoke

People disagreeing on all just about everything, yeah
Makes you stop and all wonder why
Why only yesterday I saw a veteran on the street
Who just couldn’t help but cry
Oh, this ol’ war keeps on goin', though
No matter who gets in my way and which way the wind does blow
And as long as it does I’ll just stand here
And watch the clouds of smoke

People wanting change everywhere I look
But my action plan is by the book
Why only yesterday I saw a homeless man on the street
That was really shook
This election campaign keeps on goin’, though
No matter who gets in my way and the money Duffy did blow
I'm good to go and I'll just stand here
And watch the clouds of smoke

I saw *other* videos on a Kurdish page 3 DAYS BEFORE the CBC even knew about these ones.