The Irish Referendum and the Lessons for Canadian Progressives 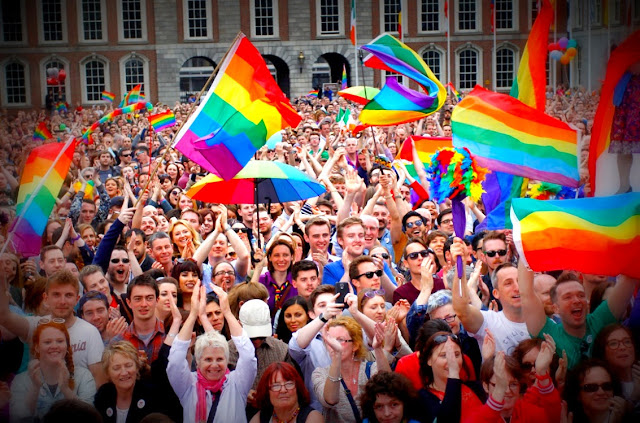 Now that the referendum in Ireland is over, and the great battle won, I want to tell you about something I learned from that campaign, that I believe can help progressives win the next election.

And that is the way the Yes side motivated and mobilized young voters.

And how they used social media to maximum effect to get their message out.

They never really looked at the way the official campaign used social media to reach out to young people, and others, and get out the vote.

But if you take a quick glance at just one section of their Twitter site, you can see why it was so effective.

Because from celebrity endorsements, to voting day alerts...

To videos with clear instructions on what documents to bring to a polling station, and what to do when you get there.

To ones like this one explaining why young people should vote.

Or even videos like this one aimed at those still too young to vote AND their parents.

They covered every base in a way I've never seen any political party in Canada even come remotely close to emulating.

But was very similar to the approach of the Yes side in Scotland which also appealed to the idealism of young people... 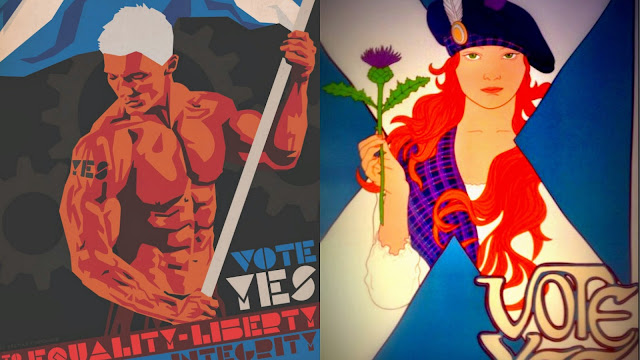 And was also successful in getting many of them to get involved, and turn out to vote in record numbers. So it's the second time I've seen that happen in less than a year.

And since we badly need young voters to vote in this country, and we lead the world in time spent on the internet, we need to learn from the experience of others, or lose a powerful weapon we can use against the Cons.

And in my opinion at least, what we need to learn above all is that if we want to get young people to get involved in the political process, first you have to move or inspire them with a shining vision of something noble and good.

And make them feel that they can make a difference in the building of a better world.

To try to illustrate what I mean I want to play a video I played the other night. One aimed at encouraging young people to register.

Except that this time as the video plays I want you to read the script I've printed out  beneath it. And notice the small changes I made...

Are you ready? This chance won't come again. You have the chance to change our country. It's in your hands. It's time to stand up for the Canada we love. You can change some of the bad things that are happening, and step forward to a bright future. We can right the world so you can tell your children you did this. You helped save our Canada. You can do it and then celebrate something that really matters. Something that makes us proud of this big country again. But if you don't register to vote you won't be able to save it from a government that is killing it AND your future. Time is running out. It's you that is the possibility. YOU. The one who can make a difference. This is our time. Our generation's decision. Let's defeat Stephen Harper and his cruel government and make Canada a kinder, better place again.

As you can see I didn't really have to make many changes. And hopefully you'll understand why I keep saying that if you move them they will come.

And that if we are are going to be sure to defeat the Cons, we need to turn the next election into a movement to save Canada.

We are about to embark on the most important journey in the history of our country.

Will we keep trudging on with our heads looking down?

Small, boring, and uninspiring. A little people lost in a big land.

Or will we reach for the sky? 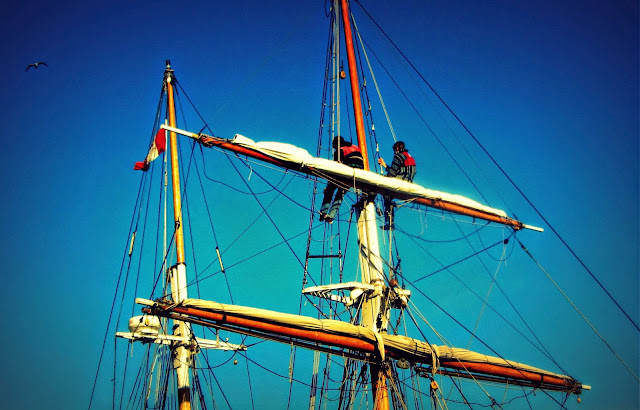 Can we motivate the young to join us on that voyage to freedom?

I know we can do it.

But time is running out...

Two of my grandchildren are away from home for the first time and I want to see they have clear instructions about how to vote. One is a pinko like me, one says she is a middle of the roader so will vote liberal and the one who is still at home and old enough to vote is part aboriginal and she knows the conservatives are not good to aboriginals. She will have no trouble because she is at the same residence but the others need to know. The thing is if it gets too onerous and they are busy with school work .......... Must help them!

I only wish progress in terms of abortion rights were as unexpectedly swift as the struggle for marriage equality. Ireland still denies these, and not long ago a woman died because she was not allow to abort her non-viable foetus.

Yes, it is to be hoped some of the political parties realize social media will help them get elected. It worked for Obama, it worked in Scotland--just look at the general election, it worked in Ireland.

It is funny Simon all the young ones and actually every age group I talk to out in the Okanagan valley can't stand the Harper-cons. I keep suggesting they vote ABC but at least cast a ballot please.

We have to rid ourselves of this warlord dressed in christian clothing. He is getting away with murder atrocities and war crimes. He must be punished after he is voted out of office.

hi anon...everyone can help convince the young people they know to vote. And there are groups out there that are trying to do that. But the progressive parties must take the lead and make more of an effort to reach out to them. It shouldn't be that hard, and since young Canadians watch less TV than others, the ads can be on YouTube so they won't be expensive. The good news is that since the election will supposedly be held in October, many young Canadians will be back in school instead of scattered all over the country, and that will provide a better chance of reaching them...

hi lagatta...I think this referendum has changed Ireland, and made that country feel good about its new progressive image. So I am confident that abortion rights will soon follow...

hi e.a.f....I hope our political parties realize how important social media will be in the next campaign. It's one area where we definitely have an advantage, and it is a great way of compensating for the fact that we have less money than the Cons for big TV campaigns...

hi Mogs...most young people favour the progressive cause, but as they did in Ireland the parties need to show them how easy it is to vote. I particularly liked an ad that was shot in a pretend voting station and had a very pleasant woman walk them through the different steps in an easy to follow man. I also liked some of the graphics they put out with messages like no selfies in the voting station please.... ;)