Is Stephen Harper Planning to Call an Election in Early August? 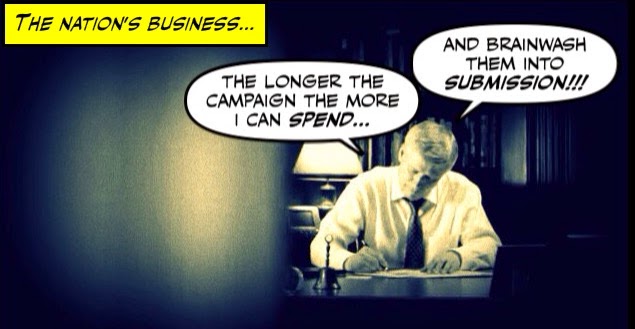 As you know the Con Death Machine, in a desperate attempt to soften Stephen Harper's image, has just released an ad portraying him as a kinder gentler Big Daddy.

A man who works late into the night on the nation's business, so we can sleep soundly knowing the economy is in good hands. And that we won't be beheaded in our beds.

Which of course couldn't be more fraudulent... 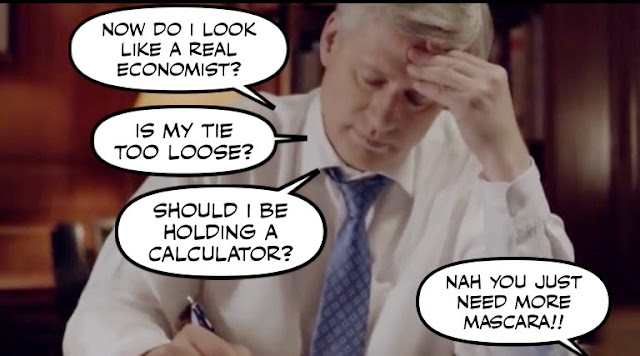 When in fact he's a dangerous maniac who spends all his time on party business trying to buy and steal the next election, is leading the economy to disaster, and would turn us into a police state.

And who even as we sleep may be plotting to surprise us with an early election call.

The growing stack of leader debates for the October election, combined with the timing of Finance Canada ads that are still touting billions of dollars in tax breaks and higher child allowance benefits this year, have opposition MPs speculating the Conservative government may kick off the official federal election campaign earlier than anticipated and possibly increasing the national spending limit by more than $8-million.

NDP and Liberal MPs said they have heard speculation about a possible Conservative plan to begin the election period perhaps as early as August after the Finance Canada ads end.

So he can time the beginning of the election to coincide with the arrival of all those cheques in the mail boxes of the nation... 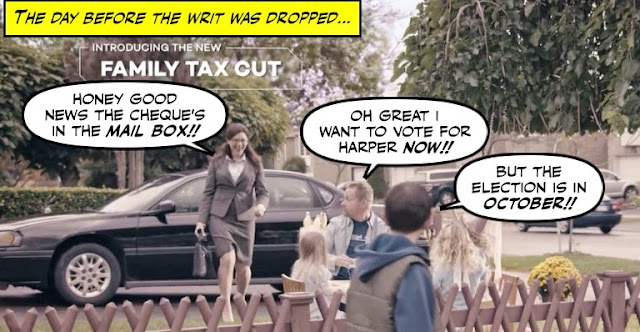 And use his massive war chest to bombard us with even more porky propaganda.

Because as his treatment of the Information Commissioner, and his move to rewrite history recently proved, he is capable of anything.

The Harper government’s propaganda machine was busy on May 7, a Thursday. At precisely 9 a.m. the government’s central PR site posted the first of what would turn out to be 39 press releases for the day.

You would have searched in vain, however, to find a press release for what was the most significant thing the Harper government did that day — the betrayal of Information Commissioner Suzanne Legault.

He will try to bury the truth, or muzzle it. And his propaganda machine couldn't be bigger.

How big is the propaganda machine? Well, the Canadian Taxpayers Federation reported last year the government employs no fewer than 3,300 communications staffers whose primary function is to make the government look good. The cost to taxpayers is $263 million a year.

And yes, forget about that kinder gentler Big Daddy. He hasn't changed a bit.

And neither have his ghastly Cons... 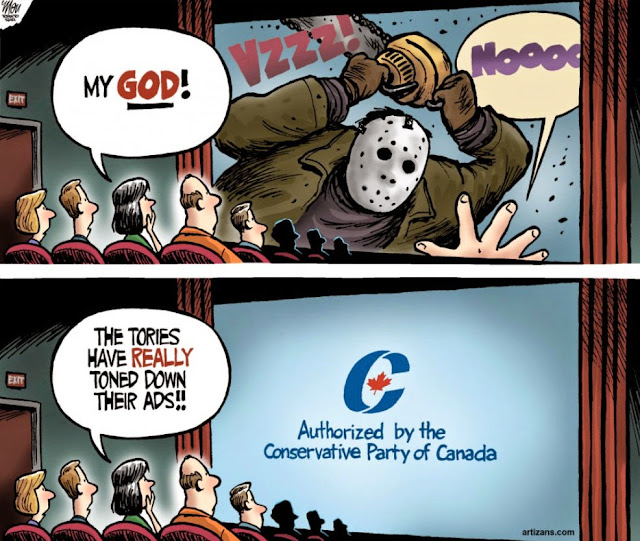 No matter what the MSM says.

So when I watch this creepy ad again...

I think of this depraved monster... 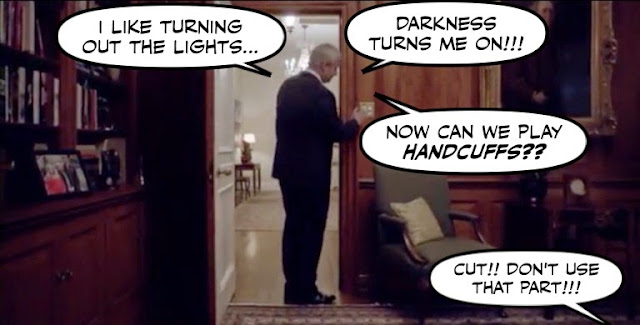 And if that's "proven leadership."

I definitely prefer this version...

And all I can say is we better be ready for an election call in just over two months.

Because no decent person in this country will be safe.

The New Canada sells arms to the worst countries in the world. This is principled?

Five months ago, you swore up and down that Harper was going to call a spring election to avoid the fallout over the Mike Duffy trial. So, I think we can safely say that prognostication was erroneous. Why therefore, should we believe this one? I would wager that it will prove to be equally nonsensical.

Hope CBC's Royal Canadian Air Farce manages to update this song with new lyrics (and showing Harper with a big gut to reflect reality) before Harper reduces the CBC budget even further.

John Cleese told Peter Manbridge in Part 2 of "Mansbridge: One on One" (broadcast Nov. 29/30):

"I think it's [humour] immensely powerful. Whether it changes things very much, I'm not sure. But what I *do* know is the one thing that people in power can't abide is being made fun of. And I think the wonderful thing about humour is that it punctures pomposity. If people are very self important, they love to have a slightly solemn atmosphere around them, because they know that any kind of humour is gonna deflate that pomposity."

Hi anon... I'm simply asking the question others in Ottawa are asking, and pointing out why the Harperite cult would benefit from a longer campaign. I don't have a crystal ball unfortunately, or I would have won the lotto long ago. However, I have studied the depraved Harper for a long time, I know a lot more than I choose to reveal, for now. So it's not that hard to predict how he's going to behave. All will become clear one day. Wait for it Con...