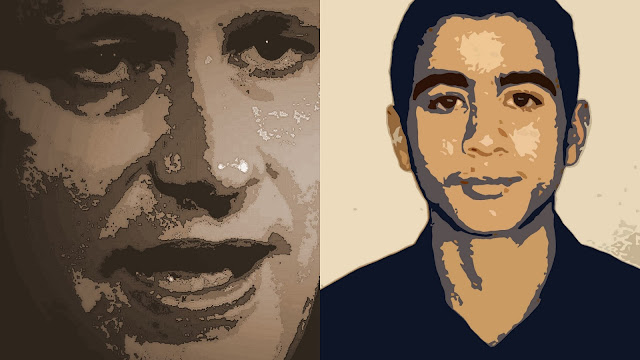 Of all the Canadians Stephen Harper has muzzled during his reign of terror nobody was muzzled more than Omar Khadr.

For years Harper prevented the media from meeting with him, hearing about his ordeal, or even taking his picture. So he could portray Khadr as a monster.

And since I have never defended anyone as long and as strongly as I have that child soldier, you can imagine how I feel to see him ride free at last. 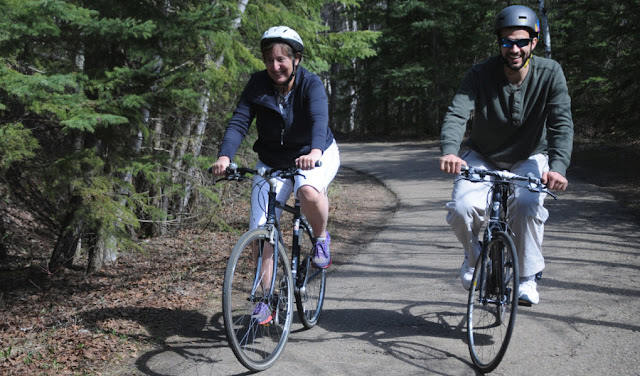 And hear him tell his story in his own words.

Because that story couldn't be more horrifying or more moving.

"I wish that I could get out of prison and just be the next Joe on the street who nobody knows and who nobody gives a second look or thought to. That would be my ideal life."

And now at last Canadians will have a chance to judge him for themselves in a documentary called Omar Khadr: Out of the Shadows.

And when it's over I hope Canadians will finally understand why I always maintained that the real monster is Stephen Harper. And whose silence since Khadr was released on bail, and allowed to talk to Canadians, couldn't be more revealing. Or condemn him more.

But beyond that, the documentary will provide me with the closure I have been awaiting for so long. Because I can honestly say that few things in my life have bothered me as much as that travesty of justice. Or made me more ashamed to be a Canadian.

But now there is nothing more I can do to try to help him. He is being cared for by good decent Canadians, and his destiny is at last in his own hands.

Except wish him all the best, hope that his liberation will herald our own.

And say Omar, I don't know how you survived what those bestial bullies did to you. Another big Con lie out in the public for all to see. They just keep coming.

Harper must be absolutely livid now that Omar gets to tell his side of the story and I couldn't be happier. Good for you Omar, and best of luck. As for you Harper, your continued assault on this young man who was in an impossible situation is monstrously vile. Omar is merely a prop in your games you play but rest assured Stevie, Omar has atoned for his alleged sins, you will soon have to atone for your actual ones.
JD

Like you, Simon, this issue always bothered me a great deal. Yes, it bothered me in part because Omar was a child soldier and the continual denial by the rightwing demonstrated just how little they really care about that issue so long as they can manipulate it to their perceived advantage. However, it bothered me more, I think, because of the simple fact that regardless of his age, Omar was fighting in a war. The US and allies invaded a sovereign nation, and even if someone believes that it was morally defensible, why would the US and Canada condemn people for fighting back. Are we to believe that if Russia, say, invaded the US, then American civilians would feel obliged not to fight back simply because they are not in uniform?? No, if you invade a country you cannot morally condemn anyone for fighting against you, such an idea would be absurd.

Exactly! The French resistance during WW 2 comes to mind. If the Nazi's had won they would have been tortured for information and then killed. We just torture and imprison for ever if Harper had his way.

I saw the promo of the CBC interview. Now I know why harper wanted to keep him in jail once he came back to Canada. Omar Kahdr is a threat to Stephen Harper. Steve told all of us Kahdr was a murdered, a terrorist, etc. what we see is a quiet, shy man who was tortured by Americans. How very nice. A Canadian tortured by Americans all with the blessing of the Cons. That should play well in an election. "Harper supports torture of Canadian Children by foreign government."

This is the second time a Canadian has been tortured by a foreign government all with the blessings of Steve and his Cons.

Some people in the documentary expressed the opinion Omar Kadhr may well win his appeal. What happens then to Harper. Do we get to have him sent to the Hague to be tried for war crimes.

We have laws in Canada about how children are treated once arrested for an alleged crime. Nothing was done to adhere to those laws by the Cons. That is not a good thing. It puts us in the same category as some of those nasty second and third world dictators, who put children in jail and torture them and then the U.N. has to speak out.

Well in my books Stephen Harper ought to be removed from office for dereliction of duty. He failed to defend one of our country's children. But then Steve doesn't have the murder of 1,200 First Nations women on his radar either. One could say they do have something in common. They are people of colour. nasty, nasty, stevie.

hi anon....yes it was just another big Con lie, but as I mentioned in another post, it's one that may come back to bite them. For if Omar Khadr isn't a monster as Harper tried to portray his as, what does it say about that sadistic leader? Who is the real monster, and who could trust the Cons with anything?

hi JD...yes I'm sure Harper is absolutely livid, but as i mentioned in my post, since Canadians got a chance to see and hear from Omar, the Con Death Machine has been remarkably silent. They aren't using the Khadr case to solicit money from their base, as they have done for so many years. So it tells you what cowardly scum they are, and I would thank Omar Khadr for helping to expose their monstrosity...

hi Kirby....my defence of Omar Khadr was always based on the fact that he was a child soldier, a helpless victim of the adults in his life. But as you point out the case against him was also criminally absurd. For how can it be that Omar was the only combatant in the Afghanistan war to be charged as a "war criminal." That's so outrageous it beggars belief. And I can't believe that some in the MSM are still calling him a convicted war criminal. When his conviction was a farce, and the fact that he was called a war criminal should have made that abundantly clear. As I said in the about 100 posts I wrote about the case, it is one of the most shameful episodes in modern Canadian history...

This has to come back to hit Harper. History certainly won't be kind to him on this one...

"But then Steve doesn't have the murder of 1,200 First Nations women on his radar either."

Only one Con MP voted yes on M-444. Does anyone know who is was?

I truly believe Omar Khadr should write a book about his experiences it would sell a billion copies world wide make him rich and a celebrity. How better to go back at Steve Joe Harper? I watched that show on CBC last night too that E.A.F. is referring to. Omar comes across as a gentle person and hey when you are being tortured you will say anything to stop the pain and keep your sanity eh?

The CBC documentary on Omar Khadr is excellent, and destroys the image Stephen Harper and his evil stooges have tried to paint of him. He was let down by his family and his country time and again, and to see who he is in spite of all of that is truly inspirational. I can't imagine having to learn the basics of living life at 28. I believe that he will do good things now that he has the chance.