Uh oh. I see the Catholic Church in Australia is going to have a test to screen out gay priests. Because gay people are the problem. Not pedophiles. Right?

Gawd. How low will those old homophobes in the Vatican go in their anti-gay Jihad ? And what kind of "Gay Test" do these priestly perverts have in mind?

Will they attach rubber thingies around the penises of the virginal seminarians...and expose them to provocative pictures like this one? 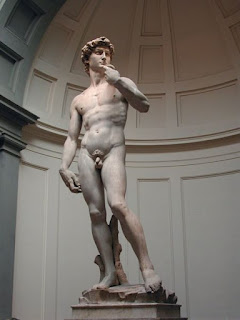 If so good luck.

Just don't blame Michelangelo if it doesn't work. He was gay and worked for a Pope, so he was forced to use Baby Jesus' pee pee as his model. That's what religion does to gay art.

But back to the Gay Test... since it's Australia will they ask the novices what they would do if they came across these hunky lifeguards? 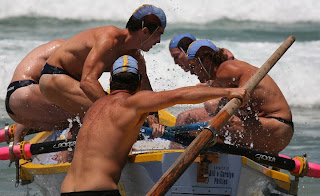 (a) Be overcome by the burning desire to get SAVED? Or wear a thong... or a funny hat like Pope Benny does?

(b) Wonder with mounting excitement how many bottles of beer it would take to get the lifeguards drunk and naughty ...after they've polished off the communion wine?

(c) Be filled with the holy urge to get down on their knees and PRAY for their safety ?

Anyone who answers (c) is of course immediately DISQUALIFIED.

Or will the sexual inquisitors get down on THEIR knees, and closely examine all those young assholes with a magnifying glass? Like they do in other divinely enlightened places ....like Sudan and Saudi Arabia.

Golly I hope so.

Because nothing could symbolize the sad state of Pope Benny's Church better than that image.

My advice to all those gay seminarians seeking to avoid detection? Pucker your holes into the rough shape of Jesus in a Tortilla and you'll be alright.

Which still leaves me shaking my head. And agreeing with PZ Myers.

This isn't about correcting the problems of the church at all. It's more about finding another opportunity to discriminate against gays.

Yup.The more that twisted old homophobe in the Vatican tries to exorcise his demons.

The more evil and RIDICULOUS his church becomes.....
Posted by Simon at 12:24 PM

I take it, when the Vatican says gay, they mean openly gay? As in not ashamed of one's sexual attraction and willing to speak of it as normal, while being sincerely chaste as part of religiously vowed duties?

Instead of just declaring themselves celibate...((which only means they're unmarried -- Simon aka Bachelor #1, is celibate, until Sebastien finally drags him to a JP))...and engaging in furtive man/man intimacy in the shadows of the Colliseum's ruins, because that's not being gay, that's just keeping the letter of the anti-procreating law, not the spirit?

Hi Niles...WOT???? You mentioned my name in the same sentence as CELIBACY? Aaaaaargh. Let me assure you that if it was a matter of celibacy or not I would be the one dragging Sebastien to city hall...if I had to push him in a wheelbarrow... :)
But yes you're right the Vatican's hypocrisy is nauseating. Once upon a time they hated us because of gay marriage. But now they just hate us period.I don't think I could hate them as much as thedy hate me because as far as I'm concerned their miserable cold inhuman lives are their own worst punishment.
But boy does that misery and its natural byproduct make for an ugly world...