Canada and the Cannabis Closet 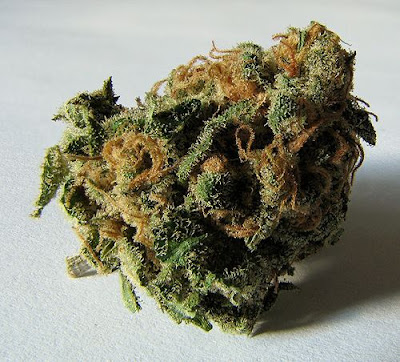 For the last few weeks Andrew Sullivan has been running a series of posts called the Cannabis Closet.

I'm in my mid-twenties, and without reservation I’d say that, at minimum, half of the people I know like smoking weed. Also, many people my age and younger, including myself, say they'd often rather have a joint than go out drinking; we consider it to be an edifying way to have an altered consciousness, as opposed to amnesic destructor of our mental and physical health and a ruiner of countless Saturdays.

We need credible people to stand up and say "I contribute to society, I work hard, I love my family, and I smoke pot. This is the only way I break the law. The law is wrong." And we need a lot of them. There are a lot of people that could make this argument. Unfortunately, society being what it is, a lot of people, myself included, are (excuse the metaphor) in the closet.

Which depresses me because I hate any kind of closet. And because it reminds me that Stephen Harper and his wretched Reform Cons are preparing to launch another ridiculous War on Marijuana.

If passed into law, Bill C-15 would, among its other provisions, throw people caught with one marijuana plant into the slammer for a minimum of six months. If growing a single plant is done on a property that belongs to another person or in an area where it may present a hazard to children, minimum jail time is nine months.

The only time I ever grew a marijuana plant was entirely by accident.Sébastien and I had rented a place in the McGill University Ghetto. On a dilapidated porch in the back was a baby's plastic wading pool full of mud.

And one day out of the middle of it a single marijuana plant started growing like a beanstalk. So fast in fact I became paranoid, cut it down too soon, and dried it in the oven. Which turned out to be a DISASTER. The only thing we got out of it was a mild buzz....and a headache. But we still laugh about it today.

So the thought that we could have gone to prison for six months for something like that gives me the creeps. And makes me really angry.

Which is why I was glad to read about this step in the right direction.

Exactly. How dumb to you have to be not to understand that simple truth?

When will the hypocrisy end? When will all those Canadians have the courage to come out of the cannabis closet?

When will we just LEGALIZE IT ?

While I don't smoke pot any more (that newfangled hydroponic stuff is WAY too strong for me), I've never had issue with people who do and I've always supported decriminalization. Which made it extremely awkward last year when my then 15 year old son decided to take up the practice not just as a hobby but as a career.

Even then, it wasn't so much the smoking dope that was the problem so much as the lying and the staying out all night and having his grades drop from Bs to Ds and the stealing money from my purse to pay for it that had us looking into teen boot camps. Happily, he came to his senses sometime over the summer and, while I'm sure he still tokes on occasion, his grades are back up, he's stopped hanging out with his loser friends, and I don't have to keep my cash in my pocket any more.

It's always difficult to take any sort of a nuanced position with an opinionated teenager, let alone one as seemingly arbitrary as "Smoking weed is fine when you're an adult and aren't as likely to let it derail your life". I always make the parallel with drinking, which I don't want him doing either, and he seems to get that. I think.

Of course, it doesn't help that I'm the one who introduced him to the wonderful world of hippie music...

Hi Jennifer...while I do smoke pot like all my friends I smoke it only occasionally. And I certainly don't believe in the stoner lifestyle. It's an easy one to fall into when you start smoking pot. What you probably told your son was what I told my brother's 14-year-old. Smoking up every now and then can be cool and definitely better than alcohol. But smoking every day is loserville and if you keep it up you little twit I'll tell your dad...or smack you myself. I never said I'd make a good parent eh? ;)
Seriously though I think you just have to level with kids and just tell it like it is. Which of course isn't made an easier when adults are made to feel like criminals.
I'm glad your son came out OK, and if it's any consolation I went through the same phase...and apart from losing my short term memory and developing a craving for bad shit like pizza...I'm just fine. I think. :)
I just wish Canada could lead the new thinking on how to handle the drug issue...like we once did. Instead of bringing upp the rear as we do now...