The Day of Silence and the Young Bigots 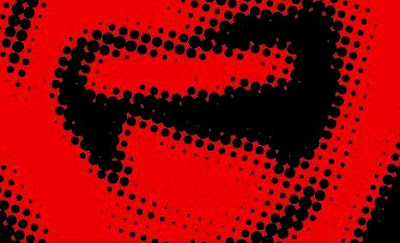 Today hundreds of thousands of students in the United States took part in a Day of Silence.

A day designed to draw attention to the silencing by bullying of gay kids...every day of the school year.

It's a humble, gentle symbolic protest. And it may seem a bit melodramatic.

Like this group of young bigots demanding the right to wear t-shirts with Biblical anti-gay quotations on them.

That's the fanatic face of the enemy gay kids are up against.

The ones who are stirred up by the crazed zealots of the religious right, who hate gays so much they are willing to wage war on children.

Even if that hate makes their lives hell....and drives so many of them to suicide.

You know some gay activists were saying today that instead of a passive Day of Silence, it would be better to invest the money and energy into teaching gay kids self-defence.

Like Pansy Division sing in their new album "That's So Gay."

"I heard what you said, just a figure of speech/If you meant nothing by it, practice what you preach/ The next time you say it, you'd better think twice/Some pissed-off faggot may not take it too nice."

But I don't know.

Because for me tough is good....but so is gentle.

Because that's the kind of world I want to live in.

Most of the time you have to speak up against the hatred that kills.

It's amazing the poisonous attitude these people harbour in themselves.
Young people aren't supposed to be that way but apparently their environment makes them that way.

There's a bit of the Don Knotts sheriff from the Andy Griffith Show in the young lad whose talking on a mile a minute and repeating himself incessantly. He's not focused and coherent--perhaps something he's picked up from being up all night or from his parents or a crackpot hatemongeing "preacher".

More's the pity that there are such warped souls around at that formative age. Their futures are bleaker the longer they stay the way they do.

Hi Torontonian...luckily they are a minority of young people. As for where they get those attitudes from I can only blame their parents.
I did however find out a bit more about the circumstances in which that video. It turns out the little band of bigots turned up at school wearing their nasty t-shirts...only to be confined to the library for FIVE hours.
That'll teach them... :)