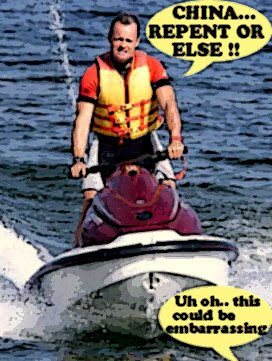 OMG. Where's Barney when you need him? Look who's heading the Con , begging mission to Beijing.

No less than Stockwell "Doris" Day himself.

Trade Minister Stockwell Day, long a critic of Beijing, and particularly its restrictions on religious freedom, arrived in China yesterday for an eight-day, seven-city tour aimed at invigorating a commercial relationship that has suffered while the two sides traded barbs over Chinese rights abuses and Canadian support for the Dalai Lama.

Praise the Lord and pass the bong.... or the barf bag.

So let me get this straight. After giving China the cold shoulder because Stephen Harper's church HATES the Chinese government..... for not letting missionaries crawl all over them like they once did.

And so do all the theocons crawling all over the PMO.

Now we're sending a Christianist fanatic.... who believes the same thing.... to try to mend fences with the Chinese? Because we need their business. Desperately.

Oh boy. Won't that be a lovely sight ? Doris on his knees begging the Chinese to forgive us...while begging his Lord to forgive him. CHEEEEEESUS. Something tells me this is going to end BADLY.

When it could have been so GREAT. 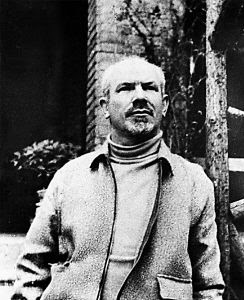 Norman Bethune. The great Canadian doctor, writer, artist, and fascist fighter. Who the Chinese have made the best known and most popular Canadian in history.

Thanks to him we could have had a privileged relationship with China, that could have helped our economy BIG TIME.

But the Cons put their religious beliefs before the interests of our country, so now we're forced to GROVEL for whatever contracts they will give us. Nice eh? 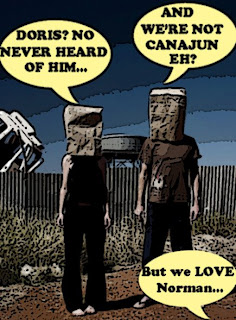 Will the SHAME never end?

When can we send Doris back to the dinosaurs in Alberta?

When can we crush these ridiculous Cons?
Posted by Simon at 12:20 AM

It helps to remember that Day's greatest strength is below the collar button.

I have a programmable telephone with more brains than he has.

What he causes to derail, the next real prime minister will have to put right.
Until then, the Conservatives will devastate the land just like Mike Harris/Ernie Eves did to Ontario.

We're still getting over that one.

When I read the title of this post I was terrified that you meant the actress Doris Day.

Sometimes it's hard keeping up with your witty nicknames for Harper's cronies, Simon!

Hi Torontonian... yes Doris isn't exactly the brightest spark in the Dinosaursphere is he?
When I saw him bouncing around in China today I didn't know whether to laugh or cry. It's all so RIDICULOUS.
What I really want know is why they have had this sudden change of heart. Is it because of the state of the economy? Or is it because people have finally realized how these Cons put their religious beliefs before our economic interests?

Hi Gay Young Liberal...gosh I wish I had come up with that nickname. But alas it was Rick Mercer.
He waged a wild campaign where...if I remember correctly... he invited Canadians to sign a petition to change Stockwell's name.
And of course... I signed it... :)

I'm just guessing here but I believe they are worried that their religious beliefs are impeding their acceptance
by most of the voters and public.

(Stockwell continues to be an embarrassment to the party and almost anything he says or does causes even his own party members to cringe.
When he ran for his seat in Kelowna a woman was asked about his prosepcts and she said something about the town would vote for a Ken doll given half a chance.
Instead they got Day.)

So, it's a matter of rearranged priorities. Unless, they want to borrow money from China just like America did--but look where it put them.

Frankly, there's something in the offing and the BC election will be a factor. I'm not ruling out an internal mutiny like Day had.

But there should be a change of leaderhsip sooner than later and it may come from within and not from a convention. It does happen, ask Ignatieff.