The Strange Harperland Spring and the Propaganda Challenge 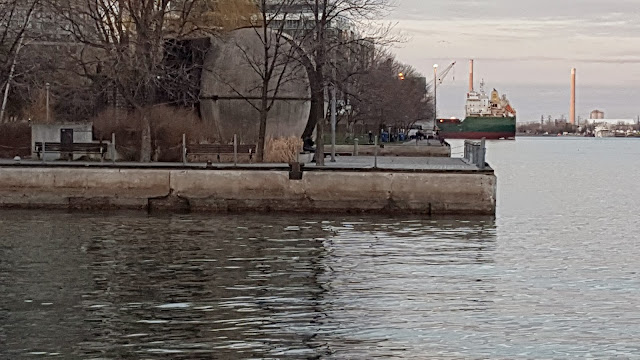 It's been eerily quiet down by the waterfront where I live. It still doesn't feel like Spring.

People seem strangely subdued. And although I am looking forward to all the good things warm weather brings, I can't shake the feeling that something awful is about to happen.

Federal Conservatives have cracked open an eight-point lead over Liberals on the heels of a pre-election budget that balanced the books for the first time in seven years, a new poll suggests.

And, according to numbers from Abacus Data, more Canadians are starting to believe Stephen Harper will be re-elected in the next federal election, despite many feeling it’s time for a change.

Not just because of the numbers which could be right or wrong. Or the suggestion that many Canadians have bought their porky budget hook, line, and sinker.

“The budget measures, supported by extensive advertising about tax relief and spending on jobs and training programs has created a situation where the Conservative economic approach is very prominent, and for many people, appealing as well,” states Abacus. 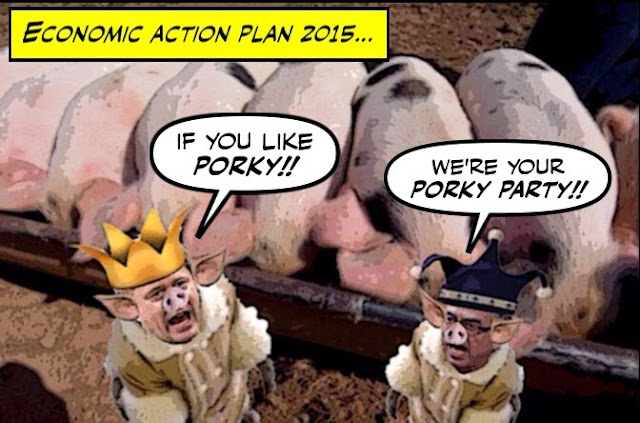 But also because it suggests that many Canadians are throwing in the towel and resigning themselves to four more years of Stephen Harper.

Even though he is leading this country to economic catastrophe, leading us into unnecessary wars, and trying to turn Canada into a police state... 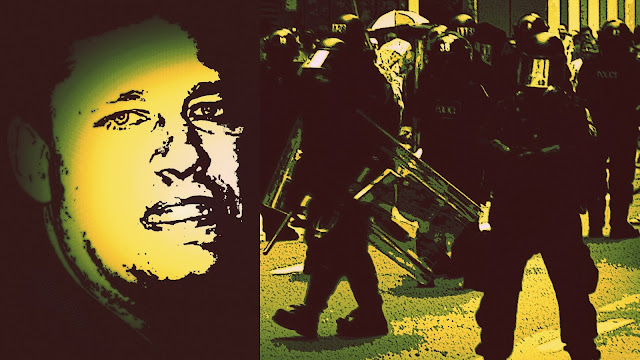 Which would be the ultimate act of political insanity. And couldn't be more depressing.

But then as I was saying the other day, what do we expect when we allow the Cons to bombard us with a billion dollars worth of porky ads? And don't return fire, with at least a volley of YouTube videos.

Short videos that would expose the Con economic record as nothing but a sham. Point out that that the only place Stephen Harper is creating jobs is Mexico.

You could hear jaws dropping onto factory floors right across Ontario’s auto belt last week. Export Development Canada (EDC) announced a loan of €400-million (about $530-million) to Volkswagen. The money was not to lure the company – which this year may rank as the world’s largest auto maker – to Canada.

On the contrary, we’re helping finance Volkswagen’s growth 4,000 kilometres away, with expanded factories in Mexico and Tennessee, and a new plant in Mexico.

Expose him as a Con artist posing as a Great Economist Leader... 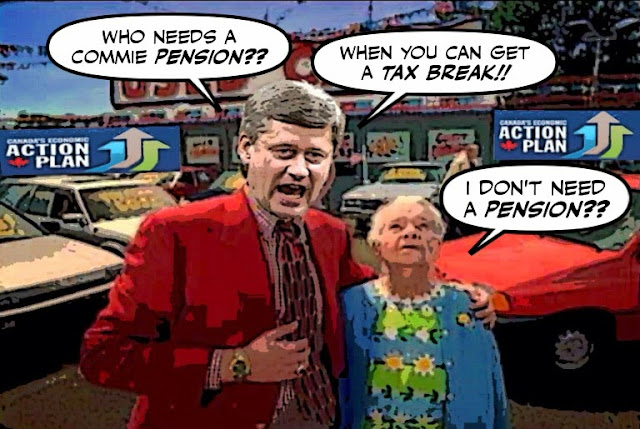 And just as importantly offer up a better vision of the future. Because people need hope. And the lack of hope is killing us, and threatening to kill our country.

Resistance to the porky action ads is mounting.

Prime Minister Stephen Harper says it’s needed to make the public aware of Ottawa’s programs. But the government ad blitzes, which have cost an estimated $750 million since Harper took power, are fuelling an increasingly fierce pushback from those who see the messaging as too pro-Conservative.

And this new Tom Mulcair video is definitely a step in the right direction...

So we can do it, we just need to make more videos like that one.

We need to counter their sunny propaganda with messages like this one... 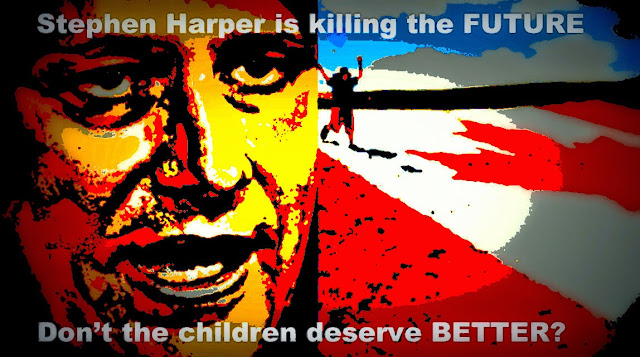 Because unless we can start stripping the Cons of their phony credentials now, their giant propaganda machine will use them to brainwash the population, and we'll be playing catch up all the way to the election.

But as I said we can do it. And I'm still confident that we can defeat the Cons.

In fact, as I walked home this evening, even in my subdued state I took this giant V sign in the sky to be a good omen... 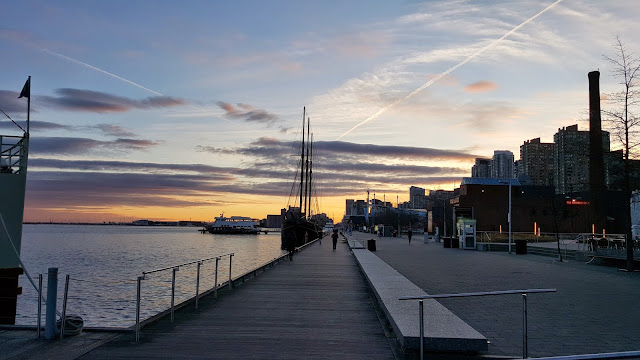 If we don't give up. If we fight them smarter and harder than ever.

We will end this Harperland nightmare.

And we will be victorious...

Abacus is run by one of the Andersons who are committed conservatives. When Nanos say the same thing I will worry.

The children deserve better indeed. Another four years of Harper will be the end of Canada as we know it.
While reminiscing of a concert I saw in 1975, I searched You Tube to relive the event and after seeing this video, I was struck by how it creepily resembles the insanity of the Harper regime and the future that may await if he's not defeated.
WARNING: Some may find the 2nd half's imagery disturbing.

I spread the word whenever I get a chance.......did so yesterday at the Dentist!

The only poll that counts is the poll on election day.

But I'm sad to say that when those increased monthly cheques from the federal government start appearing in the mailboxes of families in July, it WILL result in many of the parents voting Con. A bird in the hand....

if the polls are correct, it depends upon who owns the polling company and what game they are playing. People were willing to sell their souls for a $1 a week back in the 1950s and it is not much different today. You may present the electorate with the facts about loosing their freedoms with Bill C-51, but until they are arrested they don't care. By then it is too late. they don't see a problem. it isn't their First Nations daughter, sister, etc. who was murdered.

People might want to think long and hard though about Steve's pronouncement that he will cut $30 Billion in health care monies from the budget in 2017. Then you will hear the howls. B.C. is building only P3 hospitals and is starting to contract out surgeries on Vancouver Island to for profit organizations.

Of course, if on Tuesday Alberta goes NDP, Steve might have a problem, because he and Prentice aren't that different.

The cheques many are getting will not make much of a difference to their economic well being. If you live in Greater Vancouver it won't be much use. A house on a half lot sold for a million and change last week. Of course Greater Vancouver isn't Canada, but low wages and lay offs are making it difficult for people to earn a living and then purchase a home. If those who are not benefiting from Steve's largess, then who knows who will be running the country next election.

Parties need to target those whose lives aren't improving, i.e. the students with huge debt loads, First Nations, people making min. wage or there abouts. Even in Alberta there may be a change in government no one expected to see in their life time. If Alberta goes NDP on Tuesday, there is hope for this country.

If the NDP, Liberals, and Greens promised university and college students that their huge debt loads would be reduced by half (and the remaining debt could be worked off by creating jobs for them in the summer months) the Harpercons would suffer a humiliating election defeat. Are you listening Tom? Justin? Liz?

The NDP need to create TV ads that show how little difference this additional money (Con bribe) means to the average family with children under 18, compared to $15 a day childcare.

hi anon...yes I realize that, and quite frankly I don't trust any polls these days. But I throw them up because if you put them all together you can see a trend. I would be surprised if Harper received as big a boost as this poll suggests. But clearly progressives have to do more to impose themselves...

hi JD...Gawd almighty that is a spooky video, but it does bear a striking resemblance to Harperland and I grabbed several screen caps to use in that regard. ;) But yeah, I can't even think of four more years of this nightmare. And I'm hoping enough Canadians feel the same way we do....

hi Kathleen...good for you. That's the way to do it. One person tells another tells another and before you know it we have a movement....

hi David...yes you're right, and in fact a bad poll can actually help. Because if Canadians think that harper could win another majority, they will turn out to vote in numbers never seen before. I'm disturbed by that Abacus poll, but I very much doubt that he is doing as well as it suggests...

hi David...don't be so sure of that. The other parties are not threatening to take away that beer and popcorn money, and on the question of income splitting Canadians are far more divided. My guess is many will take the money and run...

hi e.a.f...yes you're right, as I keep saying we need to make sure Canadians know what those tax cuts are doing to our government and our country. And we do have to focus on different demographic targets. As I suggested the other day, the best way to target young people and seniors is to make short videos of their peers speaking to them. Nothing can be more effective and those videos are not expensive to make. I'm going to try to make one this weekend to show what i mean...

hi David...yes our side definitely needs to counter the Con propaganda barrage, We can't let the Cons have the field all to themselves. All we need is some smart and powerful videos and we can take the wind out of their sails. I realize the progressive parties are trying to save up their ammunition until the writ is dropped, but we need to soften up the enemy before the final battle begins...

Yes, it seems that The Liar in Chief -Harper will have to dragged away kicking and screaming even if he loses in the coming Election.I found it very Interesting in the above Video that the large V in the sky was perceived as
A Good Omen. This is common here in the skies of Southern Ont. where I live . Harper announced : Full speed ahead for GeoEngineering early in his last term. Almost on a daily basis the skies are sprayed with toxic
chemicals resulting in overcast skies that sometimes last for days. Look for Military planes making unusual X's
and crosshatches in front of the sun and clear across the sky, This practice is presumably meant to counter Global warming. In spite of the current Sect'y Gen. of the U.N. warning that this practice is illegal - What does Harper care - He makes his own rules. This practice has done more to damage the Environment and is also
partly responsible for the unusually brutal winter in the East and relatively mild winter in the West. I strongly suspect the cost of this Project exceeds $ Billion a year . ? ? Could this be the Billion $ discrepancy that Harper couldn't explain to the Auditor Gen'l in a previous Budget filed under DEFENSE .