Why Stephen Harper Won't Get a Majority 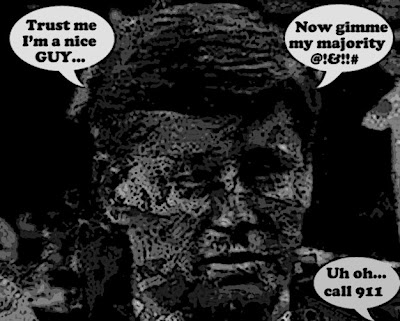 Holy Mummy Batman. No wonder Stephen Harper is refusing to talk about polls showing him getting close to a majority.

He might not be able to control his excitement... or his bowel movements

And he doesn't want to scare  TERRIFY Canadians

Only about 26 per cent of Canadians say they would be comfortable with the Conservatives winning a majority after the next election, according to a new poll conducted for The Globe and Mail and CTV by Nanos Research.

Even in the Prairies, home turf for the Conservative Party, there are as many people uncomfortable as there are comfortable with the idea.

Golly. What does it say about a leader when even many of his supporters don't trust him with a majority? 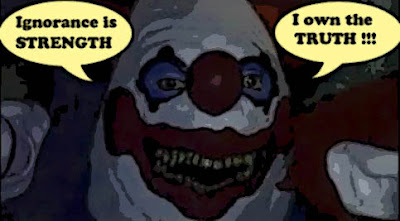 OMG. Is that scary or what? A Prime Minister too deeply disturbed to be allowed absolute power.

Because who knows what he might do to Canada eh? 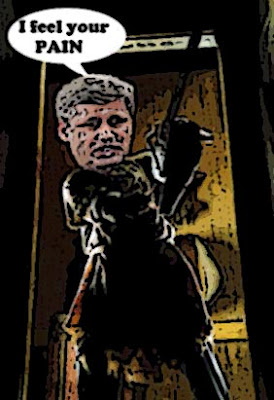 And isn't this ironic?

In undermining Mr. Ignatieff, the Conservatives failed to build themselves up, to make Canadians feel sufficiently comfortable with Mr. Harper to trust him with a majority government.

It’s the price the Conservatives are paying, says Mr. Nanos, “for tearing down and tearing apart their opponents.”

And of course, this one must really hurt.

Just call him the little guy from Alberta eh? The one who COULDN'T win a majority.

You know, I realize that my latest YouTube video was not a critical success. And I mean NOT.

But I knew what I was doing when I started calling him a monster five years ago. And I'm definitely heading in the right direction...

Stephen Harper NOT a leader. Just a dangerous MANIAC.

Would YOU trust him with a majority?

Golly. I think we can work with this.

Hi Simon, Nanos also points out that most of the gains in polling numbers that the cons have seen are in areas where they are already strong, while they are flat elsewhere, so seat gains aren't likely. On top of that Nanos also believes these gains to be soft and likely to dissipate.

When the aim of the left is the denial of a Conservative majority , then Harper has won.

yeah, sure Rooterdam. What exactly does that even mean? Over the years of Harper's political life the Canadian people have been pretty consistent when confronted with the idea of this creep ever getting a majority. It's simply not on.

hi Kev...yes I noticed that. Because the Cons have so many votes concentrated in the one-party Banana Republic of Albania, I mean Alberta, they have to get more votes than the Liberals to win a majority.
It is a very volatile electorate, but if after five years and all those billions of dollars of photo ops, more people fear Harper than ever before, our chances just got a whole lot better. Before the Cons could say what hidden agenda? But now they can't. And we've just been given a new lease on life. Phew.... :)

hi Rotterdam...listen I agree with you, it's not nearly enough. But don't forget when people don't trust your motives, everything you do gets much much harder. Any political scientist will tell you that when those deep seated feeling become embedded in the population they can only grow. And if the opposition can play to those fears I think they can really hurt the Cons.
I'm surprised Conservative supporters haven't realized how much Harper is hurting the brand. But the stupider they are the happier I am...

hi Omar...you're right that Canadians have reacted this way before. The stunning thing is that after all of Harper's attempts to soften his image, their distrust for him is stronger than EVER.
The embarrassing thing is that I feel obliged to apologize to my fellow hosers, for thinking they were dumb, when they're actually pretty smart. The way they jerked the Cons back...Down boy down... must have given them all whiplash... :)