Hosni Harper and the Lions of Egypt 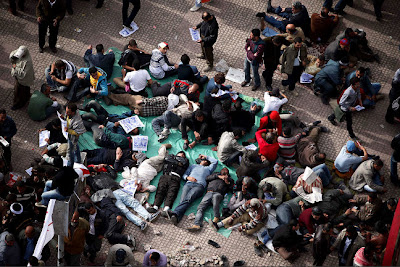 They have been stoned and firebombed. Some of them have been killed and thousands injured. They are scared, they are exhausted, but still they are there.

Already, there are dark reports of demonstrators who dared to return home and disappeared. The Egyptian writer Mohamed Fadel Fahmy, who is involved in the committee discussions, is fearful for himself. "We're safe as long as we have the square," he said to me yesterday, urging me to publish his name as a symbol of the freedom he demands. "If we lose the square, Mubarak will arrest all the opposition groups – and there will be police rule as never before. That's why we are fighting for our lives."

And now at least, after the horror the old dictator unleashed against them. 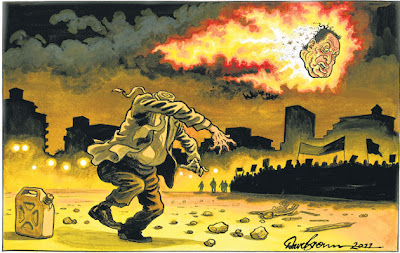 Now we are all Egyptians.

The lion-hearted Egyptians I met on Tahrir Square are risking their lives to stand up for democracy and liberty, and they deserve our strongest support — and, frankly, they should inspire us as well. A quick lesson in colloquial Egyptian Arabic: Innaharda, ehna kullina Misryeen! Today, we are all Egyptians!

Even Mubarak's American pimps are urging him to go. But not the grubby Con Stephen Harper.

Harper delivered a more ambiguous message when asked whether he believes Mubarak should resign.

"I don't think there is any doubt from anyone who is watching this situation that transition is occurring and will occur in Egypt. The question is what kind of transition this will be and how it will lead," Harper said.

Because he'll do what the right-wing government in Israel, Mubarak's good buddies, and his rabid Christianist base, tell him to do.

And one power hungry fascist toad recognizes another... 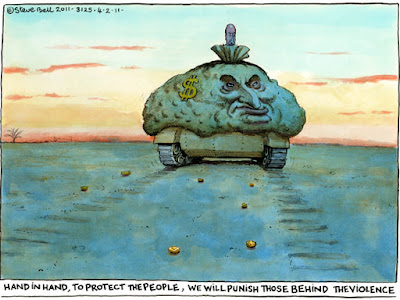 OMG. What a stooge. Is that a Prime Minister? Can we even call them a Canadian government?

But of course, I don't care. Everything Hosni Harper says goes in one ear and out the other. 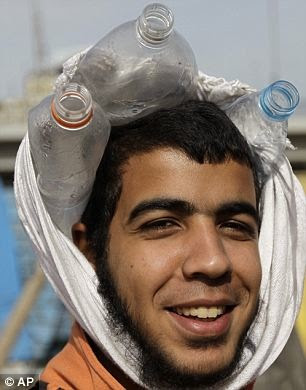 And all the other brave lions of Egypt.

But you should know this.

Your Con regime's dark days in power are also numbered. You stooge.

And we're with the LIONS...

Hosni Harper, that's what we've been chanting in our home :-)

I can't recall the name of the foreign policy expert I heard yesterday morning on the CBC, but he bluntly said Harper should just "SHUT UP" on the matter. He said the international community does not think he has any credibility and Canada is now viewed as far, far from impartial.

hi Beijing...yes Hosni Harper does have a certain ring to it. ;)
And you're right about Harper's lack of credibility in the world.
As James Travers put it recently...when Canada speaks the world YAWNS...