The Other Legacy of Ronald Reagan 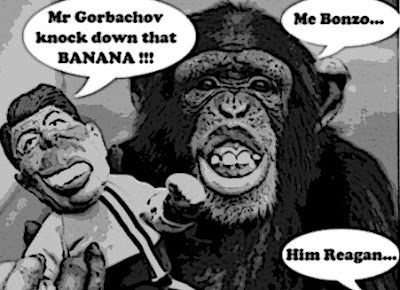 Holy shit Tarzan. If I see another fawning tribute to Ronald Reagan I think I'll vomit. Or scream like his monkey.

Because his legacy still lives in Stephen Harper's head. 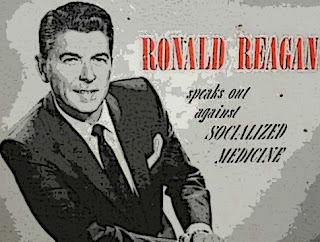 I can't forget the cringing sight of Brian Mulroney singing and swaying for him like some kind of Con Bojangles. On what must surely be the most humiliating day in Canadian history.

But most of all, I can't forgive him for what his death squads did in El Salvador, and Guatemala. 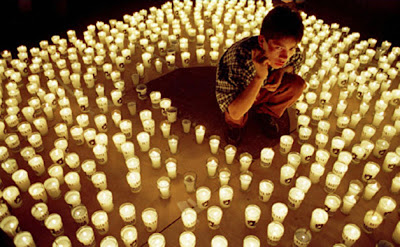 Or for the way that silent holocaust was followed by another.

Or how he moralized or laughed about the AIDS epidemic.

I told one of my students that the most memorable Reagan AIDS moment for me was at the 1986 centenary rededication of the Statue of Liberty. The Reagans were there sitting next to French President Francois Mitterand and his wife, Danielle. Bob Hope was on stage entertaining the all-star audience. In the middle of a series of one-liners Hope quipped, "I just heard that the Statue of Liberty has AIDS but she doesn't know if she got it from the mouth of the Hudson or the Staten Island Fairy."

As the television camera panned the audience, the Mitterands looked appalled. The Reagans were laughing.

Even as so many died.

Yup.They can keep their swaggering American hero. And their morning in America.

I'd rather remember his other legacy. The one so many forget.

Ronald Reagan, Apologist for Apartheid, Champion of the Rich and Big Business, Ignorer of AIDS, and Funder of Death Squads... 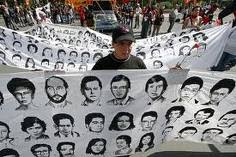 And all my forgotten brothers his silence helped KILL... 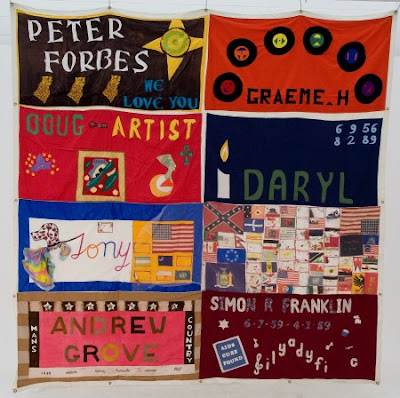 Hi Simon, I was in my early twenties when that bastard came to office, I had zero interest in politics or social justice before then.

Reagan scared the shit out of me with his over amped rhetoric vis, a vis the USSR, I literally felt that he was hell bent on starting a war with them.

His warmongering coupled with his demonetization of aids sufferers and of course his phony war on drugs is what led me to stand up and take notice of the importance of being active both politically and socially.

I still hold out hope that I live long enough to see this love affair with Reagan end and see him exposed for the vile evil mass murder that he was.

he deserves no tribute

hi Kev...Oh no. Now the old bastard did TWO good things in his life. Play with his monkey and turn you into a social activist. ;)
Seriously though...I don't usually slag the dead. But the way this Cold War Warrior and corporate tool is being deified. So I think it's important to set the record straight. Like you did with your excellent post on Guatemala.
BTW I hear there's a new movie out on the haggis Margaret Thatcher,and I fear we may have to intervene again... :)

hi jmburton...thanks. As I told Kev I wouldn't usually waste my time attacking a dead man. But since the right-wingers, with the help of the MSM, are turning him into a demi-god it's important to correct the record. Especially since so many of our present problems can be traced back to his presidency. And those who forget the past are condemned to repeat it etc etc...