Stephen Harper and the Lies That Will Destroy Him 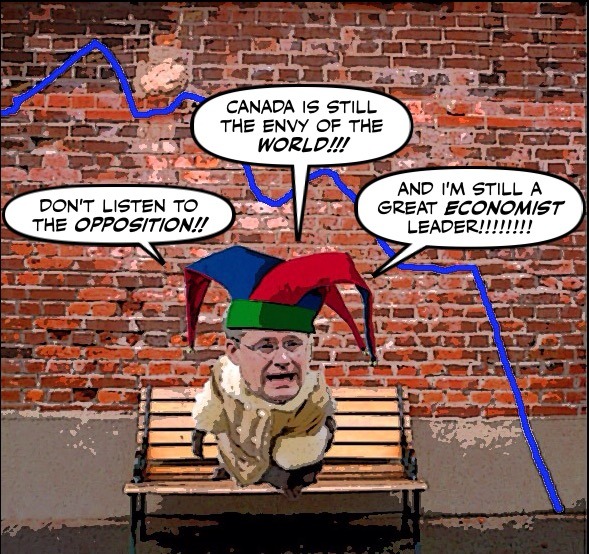 After only two days of this marathon election campaign, Stephen Harper's strategy seems only too obvious.

Repeat a Big Lie over and over again, magnify it with his propaganda machine.

And hope that he can brainwash Canadians into believing that he really is a Great Economist Leader.

Conservative Leader Stephen Harper today defended his government's record on the economy, saying during an election campaign visit to Quebec that the current downturn is only temporary and the economic forecast remains promising.

"These are temporary effects," he said. "We all knew with lower oil prices, lower resource prices, there's going to be some temporary effects in some sectors of the economy. "Analysts are predicting good growth for the country into the future as long we stay on track."

But sadly for him, as Lawrence Martin reports, the hard numbers in a new study tell a different story. 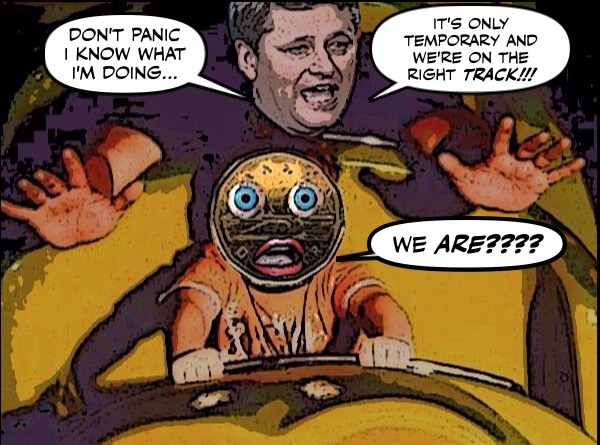 The study thoroughly debunks the Conservatives’ claim. Having examined 16 economic indicators with extensive data for each, the report concludes that the Conservatives have the worst record of all our governments in the postwar years.

Out of nine governments studied – it didn’t include governments like John Turner’s, that lasted less than a year – the Harper government finished last in job creation, last in exports, seventh in government debt, second last in personal income growth per capita, in business investment, in youth employment.

Harper's economic record couldn't be worse. And contrary to what he claims, it is mostly his fault.

Mr. Stanford argues that some of this government’s poor record flows from an unnecessary push for austerity after the 2008 recession in order to balance the budget. It’s a view shared by many economists, who say the balanced-budget fixation has contributed to lower growth than we might otherwise have seen.

Not only did he put all our eggs in one oily basket, and devastate our manufacturing sector with the so-called Dutch Disease. 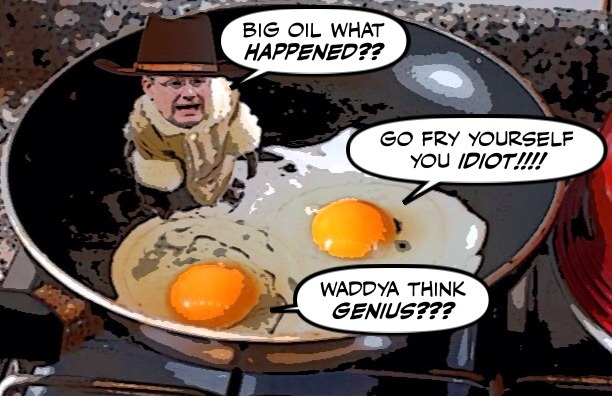 He strangled any hope of a recovery with his deficit fixation, and made us one of the weakest economies in the G7, not the strongest as he is always claiming.

As for Great Buffoon Leader's notion that we're "head and shoulders" above the others let's put that one through the spin cycle.

In 2006, Canada's unemployment rate stood at 6.3 per cent — fourth-best among the G7. Today, the jobless rate stands at 7 per cent — sliding Canada to fifth place in the G7. "Head and shoulders," above the others? That might be a stretch.

Which explains why in the latest Con attack ad there are no numbers just smears...


But since numbers don't lie, they can be used against him during the campaign to make him look even more like a compulsive liar.

Or as this Star reader points out even more Orwellian. 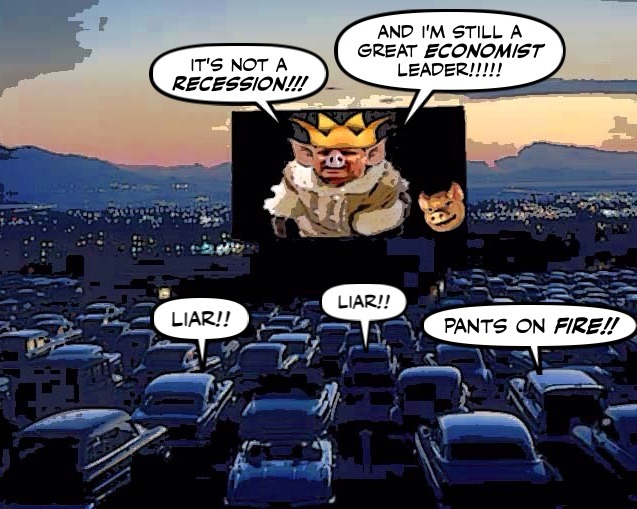 I guess if we are told there is no recession and the budget is balanced enough times, in spite of evidence otherwise, we might just begin to think it’s true. That’s what the Conservatives are banking on. Brainwashing proved to work in another place and time. Unbalanced is balanced, deficit is surplus, black is white.

Which in addition to everything else, will not help Harper when the Duffy trial resumes next week, and he asks Canadians to believe that he knew NOTHING... 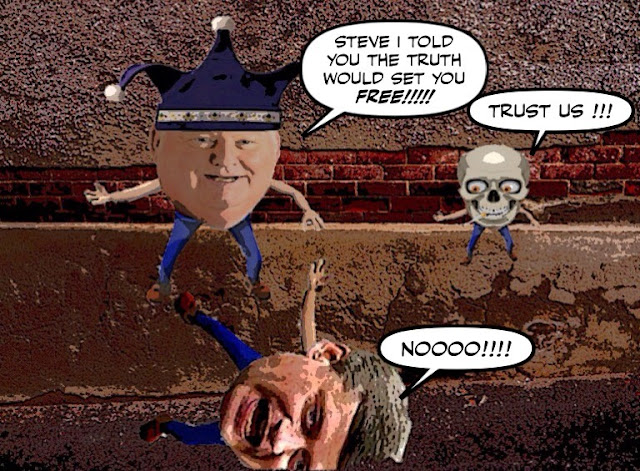 But then that's what happens to compulsive liars. Sooner or later the truth catches up to them.

For years he was able to get away with it, or bury the truth in his porky propaganda. But in an election campaign his lies will be exposed for all to see.

And in the case of Stephen Harper, the most monstrous political pervert this country has ever known.

They will help destroy him...

You sir, are supposed to be on vacation ;-)

Mr. Harper is king of the Kingdom of the Whopper. The Brits call them porkies. Which is very apt when you think of the pork harper dispensed. The big pork potentate telling porkies all the time.

I have a very bad feeling the Duffy trial isn't going to hurt heil harper anywhere near as much as you/I would like to believe. Something is going to mystically occur which shifts the blame off of heil harper and onto one of his stooges who all seem incredibly ready to be burned at the stake for him. And with the appointment of another ultra-radical judge by heil harper, the whole thing might just turn into a gor nicht. "Nothing to see here, folks! Move along...Move along..."
I sincerely hope I'm wrong but with his pals owning the m.s.m. here I'd say there's a great chance of this whole thing being made to look like more "lefty hysteria".

Hi Omar....well I did say it would be a working vacation. Besides I am presently holed up in the family castle, so one might say blogging is a necessary distraction... ;)

Hi anon... You may be right about the legal process, but remember it's the perception that counts. It will at the very least add to the feeling that the Cons are hopelessly corrupt. At this point that alone could be fatal...

Hi lagatta...thanks for that, it goes well with a fact nobody in the MSM seems to have noticed. Harper's election call was precisely timed to catch Justin Trudeau attending the gay pride parade in Vancouver...

That is true. Ours has been on these dates for 22 years - it turns out that DiversCité is bankrupt - I'd like to know the backstory, as you know it is a HUGE event here. I was hoping one of my oldest and closest friends would be visiting, as he did last year.

On top of everything else, Harper really is a homophobe. You can see that in his utter contempt for the premier of Ontario...

"But since numbers don't lie, they can be used against him during the campaign to make him look even more like a compulsive liar".

But will they be used against him outside of opinion columns that are buried in newspapers? The problem with numbers is that very few people remember them or understand them. Start quoting numeric stats in a debate and you lose attention, and Harper can just go on with his bloviating and deceptions in words people understand.

It's also very easy to shallowly refute statistics by saying something like "90% of the time statistics can say whatever you want them to!" and in the confines of a debate that's a win.

the Duffy trial will hurt if for no other reason, this is the P.M.'s appointment. it is a constant reminder Steve has bad judgement.

We can only hope Annoy. has a few things to tell the country.