Stephen Harper and the Murderous War on Drugs 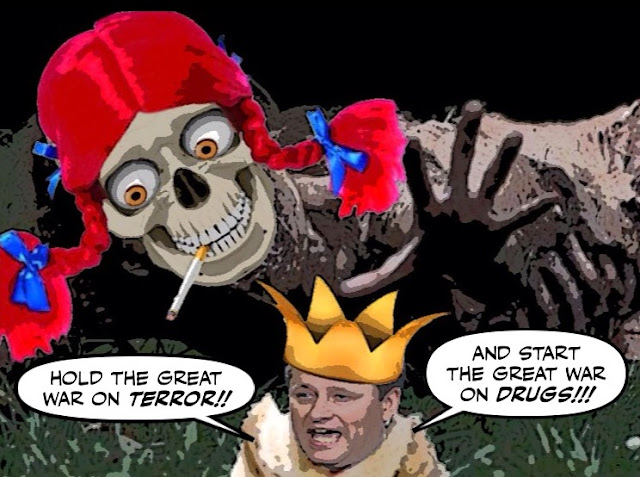 Well I knew the depraved and increasingly desperate Stephen Harper would say or do anything to try to distract us from the Duffy trial.

And sure enough I was right. First came his latest attempt to resuscitate the Great War on Terror.

And now comes yet another attempt to revive the Great War on Drugs.

The Conservatives promised Tuesday that, if re-elected, they would spend almost $27 million a year to help the RCMP root out drug labs and change the focus of the national mental health commission that it created in 2007.

The campaign pledge would see an extra $4.5 million per year, on top of the $22 million currently budgeted, for an RCMP team designed to crack down on illegal drug labs and marijuana grow-ops.

But while that only makes him sound even more like a reefer maniac.

Or a kinky fascist who gets a creamy pleasure out of jailing young Canadians... 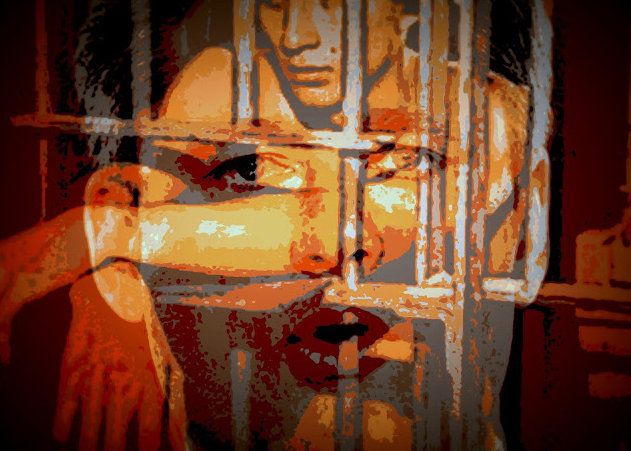 You know, the man they call Handcuffs Harper.

This couldn't be more obscene.

There would be no new money for the mental health commission, which had its funding renewed in the 2015 budget. Instead, it would focus on finding links between drugs and mental health issues, a departure from its current mandate of “working to reduce stigma,” “advancing knowledge” in mental health and helping homeless people with mental health problems.

For let's be clear, that filthy lowlife leader is now threatening to harm some of the country's poorest and most vulnerable citizens just to pleasure his own rabid base.

And his latest assault on the wonderful Insite clinic in Vancouver is nothing less than attempted murder... 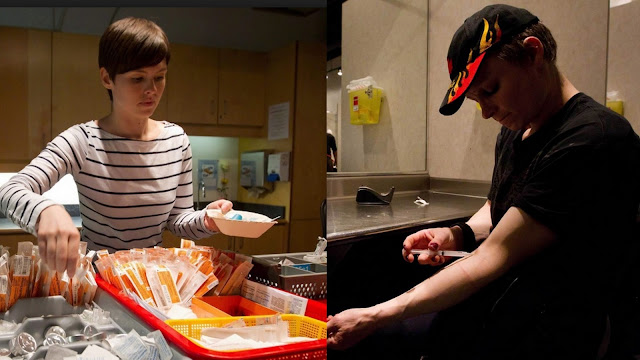 A re-elected Conservative government, he said, wouldn’t fund any programs like Insite, unless they included a treatment program to help people kick their addictions. “Providing programs that do not provide treatment in our view is just throwing away the key and writing off somebody’s life,” Harper said.

For that clinic has saved thousands of lives, and is the first step on the road to recovery for many heroin addicts.

But then what can anyone expect from a man who would play cheap politics with the lives of others? 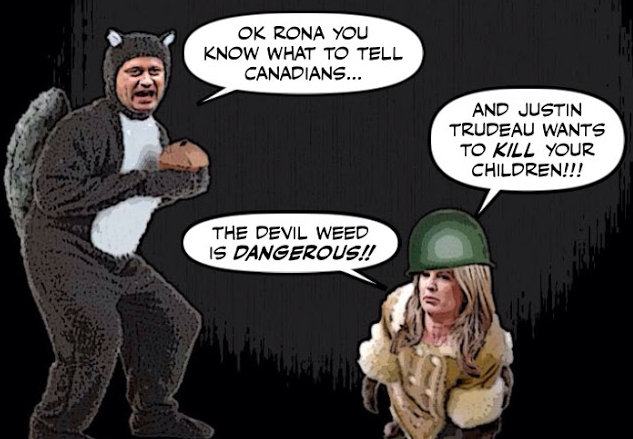 Four days ago, the Conservative Party told Ford — their candidate in Repentigny, Quebec — that he couldn’t run for them because he was charged with and pleaded guilty to possessing “one joint” in 2011.

And nobody will be safe in this country until we can get rid of those reefer maniacs...

Because if you thought that was insane, so is Stephen Harper.

Defeat this monstrous maniac, and sentence him to life in prison. 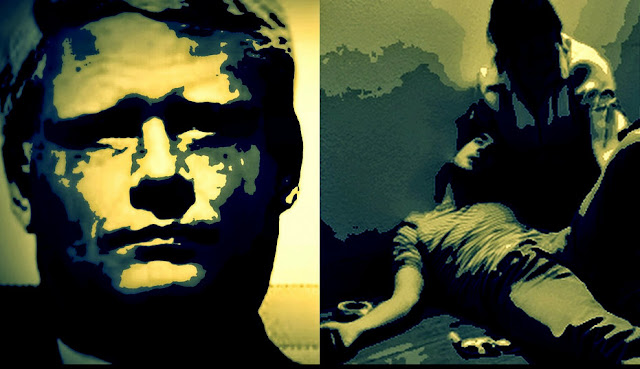 root out drug labs???? the man must be mad. drug labs can be set up anywhere, from the most exclusive neighbourhoods, to rolling labs in trailers. Just how does old Stevie think that is going to be done especially with the puny amount of money he has allocated. Although the amounts might sound large, they are in effect, minimal. It wouldn't even buy a luxury home in Vancouver or Toronto.

What we need is a place people can go to test their drugs. Having seen a number of drug deaths among "regular" people in Greater Vancouver, due to "bad" drugs, testing will save lives, not "rooting out drug labs". The man is truly mad.

We need more Insights across Canada. It saves lives. It cuts costs. When people don't share needles, there is less transmission of diseases.

There are people who can never come off drugs. Its that simple. It is less expensive and more human to just supply some people. steve and rona just don't get it.

Not even steve's base believes all the bullshit he peddles about drugs. most police chiefs advocate de criminalization of some drugs. steve doesn't know best. In my opinion steve has a jail fetish. perhaps he can get a room in one with his good pal del mastro

I agree. Great Economist Leader will do ANYTHING in an attempt to distract Canadians from the Duffy trial (and the recession!).

What's next? Announce that if re-elected the Cons will make it a crime for Canadians to travel to “declared terrorist areas” such as Mordor and Tatooine?

The night before Wright: PM's former chief of staff set to testify
http://www.cbc.ca/player/News/Politics/ID/2673488581/

What drugs are making Steve look like Andy Wharhol is doing his makeup. Plastic face to go with the plastic hair

... who gets a creamy pleasure out of jailing young Canadians...

Well he does. He likes inflicting pain and suffering on people. Both Kathleen Wynne and Danny Williams have described him as a “nasty man” with reason.

Have a look at Chapter 5 “Authoritarian Leaders” in Bob Altemeyer's book “The Authoritarians” http://members.shaw.ca/jeanaltemeyer/drbob/TheAuthoritarians.pdf.

Harper, clearly, is a classic Double High, that is high on the Social Dominance Scale and high on the Right Wing Authoritarianism Scale. This is “not” a good combination.

As Altemeyer so charmingly describes a Double High”:

e.a.f
"the man must be mad"
Well yes but not because of this announcement. It is not intended to actually do any about drugs and drug use. It is a direct appeal to his most conservative and fundamentalist base. It's boutique policy as I have seen some reporters call it.

It would take a lot to pry anyone of the base out of his camp but this is to reassure them and maybe catch the occasional soft con who might defect.

Today Justin spoke outside at a farmer's market in Saskatchewan and took several questions from reporters.

Will we see Harper appear at ANY outside events over this long campaign? Outside events would bring protesters.

The Boss in the Bubble indeed:

The Boss in the Bubble: Harper’s germ-free election strategy
http://ipolitics.ca/2015/08/10/the-boss-in-the-bubble-harpers-germ-free-election-strategy/

Thanks very much for this great article;this is the stuff that keeps me going through out these day. Drug Treatment Center