Why The Duffy Trial Is Going To Hurt Stephen Harper 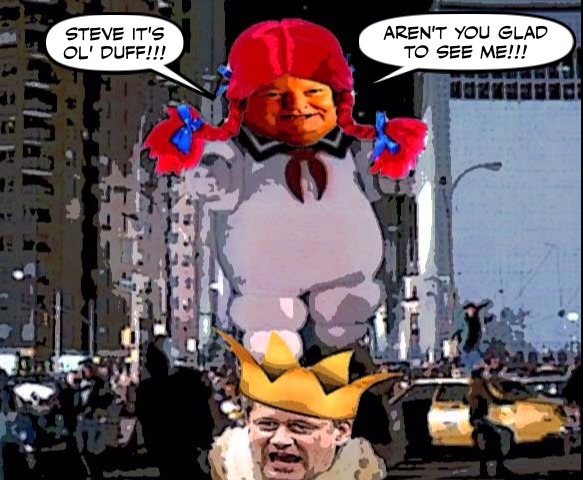 Well we've had to wait a long time, but the Mike Duffy trial is back again, and you can be sure it's giving Stephen Harper nightmares.

Not just because the timing couldn't be worse.

But also because his old buddy Nigel Wright will be taking the stand to explain what he meant when he said the PMO plan to keep Duffy quiet was “ good to go from the PM.”

For although Harper is now denying he ever used those words.

That's not what he once told Tom Mulcair.

When Harper was asked what "good to go" meant by NDP Leader Thomas Mulcair on Nov. 20, 2013, he gave a very different answer in the House of Commons.

"Mr. Speaker, good to go with Mr. Duffy repaying his own expenses, as he has acknowledged I told him to personally," Harper responded, when asked what "good to go" meant.

So it's already making him lie like a thief.

And as the Globe's Campbell Clark points out, whatever Wright says it's a lose-lose scenario for Stephen Harper. 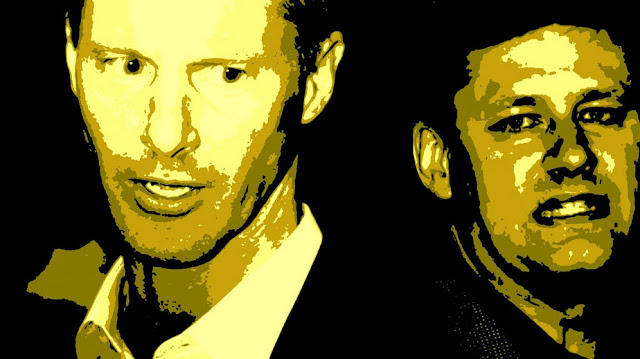 Mr. Wright’s testimony will presumably reflect what he told the RCMP, that Mr. Harper didn’t know his aide had paid. But it’s still a lose-lose.

Either Mr. Duffy, Mr. Harper’s star Senate appointee, looks even worse, or Mr. Harper’s aide looks bad. Possibly both. Worse, Mr. Wright will probably be asked to recount, under defence questioning, details of how a sausage was made in the Prime Minister’s Office.

It could cost him the support of voters he can't afford to lose.

This scandal, perhaps more than anything else, has a tendency to alienate soft Conservative supporters. The Conservatives’ lowest ebbs have come with big revelations in the Mike Duffy affair.

It will taint the Con regime once again with the stench of scandal... 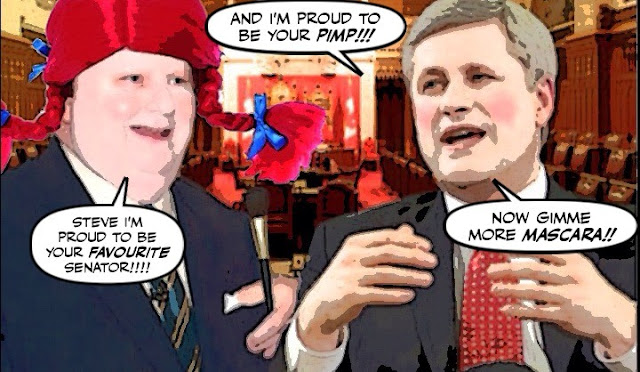 Scandals also cause wear and tear on long-serving governments. It’s not the details that damage, but the sense that a government put its own interests ahead of public interest.

Mr. Harper’s Conservatives fuelled that feeling about the Liberals in the 2005-06 campaign with grainy TV ads depicting people watching sponsorship scandal reports and looking as though they smelled something bad. In this campaign, opponents will be watching Mr. Wright’s testimony closely for ad fodder.

It will provide the opposition parties with more ammunition to portray the Cons as a rotting corrupt regime that is more than good to go. At a time when they are trying to convince Canadians that they deserve four more years.

And best of all, it will force Stephen Harper to answer questions about the trial, or look like he's got something to hide.

Which should stick a massive Duffy-size fork into his campaign.

Drive him to distraction.

Stephen Harper is heading to Northern Canada in the days after his former chief of staff Nigel Wright begins testifying at the Mike Duffy trial, a campaign itinerary that will take the Conservative Leader far from the story as it begins unfolding in an Ottawa courtroom.

Woohoo !!! The Duffy Scandal is back.

And with a little luck it will help destroy him... 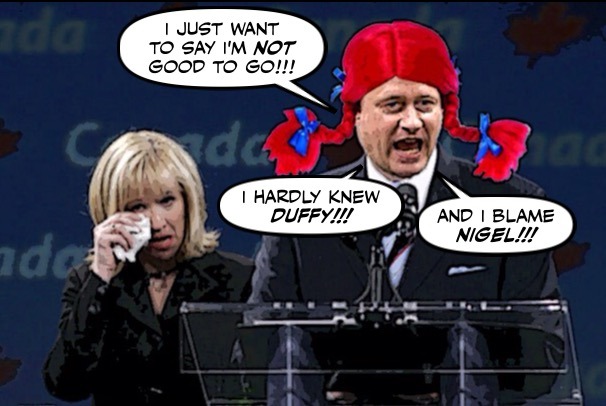 It crossed my mind that Harper was fleeing North since he could hardly flee to Europe in the middle of an election. Or could he?

Hi jrkrideau....I think Steve would go anywhere to escape questions about the Duffy trial and all his other crimes. But that's OK, as I said in my post it only makes him look even more guilty and even more like a coward. My main concern at this point is making sure he can't escape to Paraguay after he is defeated, and before he can be arrested, put on trial, and sentenced to life in jail....

perhaps steve is going to have a chat with Putin. Perhaps he is going to rattle his sabre at him. If we get lucky Putin will "invite" steve to stay for dinner for awhile. we would be well rid of steve that way. he might find he has more in common with putin than he thinks. both are dictators. both aren't keen on the press who asks questions, etc.