The Duffy Trial: Has Stephen Harper Shot Himself in the Foot? 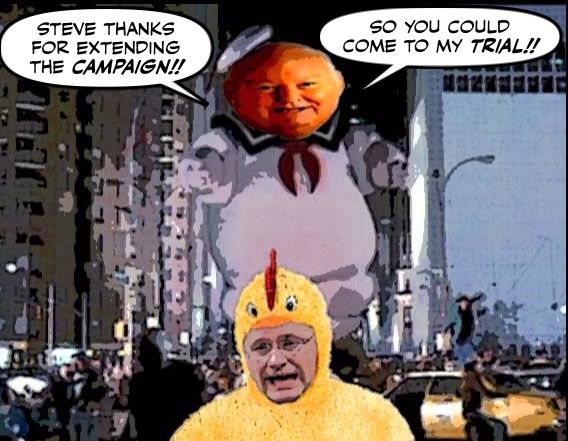 Should Mike Duffy demand that Stephen Harper be called as a witness at his trial which resumes next week, Harper would normally be able to invoke parliamentary privilege to avoid having to testify.

But because of his decision to extend the length of the election campaign it seems Great Leader may have shot himself in the foot.

By scuttling his own parliamentary privilege.

An unintended consequence of the exceedingly long election campaign of 78 days is that MPs’ parliamentary privilege will expire during the writ period.

In 2004, the Ontario Court of Appeal found that this special privilege granted sitting MPs extends 40 days after parliament is dissolved and for an additional 40 days before the next session begins.

Normally, that more than covers the usual 37-day writ period. But in Election 2015, that privilege will expire at the mid-way point of the campaign, on September 11, 2015.

Which means that should Nigel Wright raise any doubts about Harper's claim that he knew nothing about the deal to keep Duffy quiet, Great Leader could be summoned to help clear up the matter.

And if he doesn't, spend the last few weeks explaining why he's afraid to testify.

Which I think we all agree would be poetic justice.

He extended the campaign to try to ruin his opponents.

Only to end up ruining himself... 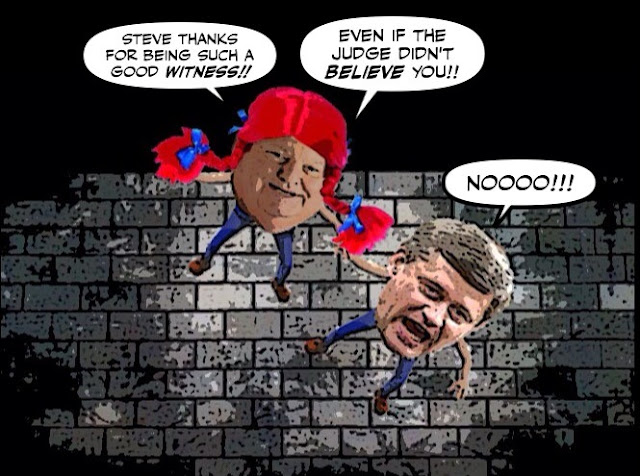 You know some people in this country still call Stephen Harper a political genius.

But I think he's just a Con artist whose day of justice is still to come...

Yes, it sure looks like Steve shot himself in the foot. By lengthening the writ, he has given time for the opposition, and even the main stream media (if they're up to the task), to examine the Duffy/Senate, economic and foreign policy debacles of the Harper Government in public. Political genius this ain't.

The Duffy affair is very strange in that he is charged with bribery but no one is charged with offering it. According to some reports both the receiver and giver could have been charged under Section 16 of the Parliament of Canada Act which states it is an offense to give or receive compensation for services rendered in relation to any bill, contract, controversy, accusation ........ before the Senate or the House of Commons or a committee of either house. The affair certainly fits the description of a controversy before the House of Commons and the money exchanged had the initial effect of diminishing the controversy at least until the source was discovered. Instead for some reason Duffy was charged under another section of the law that usually deals with government procurement and contractors and somehow this route allowed for bribery charges without a counter party. He has a reasonable chance of being found not guilty for this specific charge only. The only spanner is that Duffy might be out for revenge and some how lever the testimony beyond the specific section of the criminal code he is charged under. We can always hope but it is unlikely. Nothing more to see here, we did our job now move on and don't forget to vote for me and my tough on crime policies.
RT

Nigel will be testifying from England. He has nothing to loose by helping his former employer.

We ought to remember how Nigel and Steve once were and could be once again. The election has not been decided or where Nigel and Steve's careers will go.

Nobody has yet explained to me how this man is travelling around. Does he get to use the PM plane when he is campaigning? And all the security at public expense? Or is he trying to hide it as government business and campaigning on the side? That would be a typical con trick but it doesn't fly.

The Con Party pays for all of the travel, etc. All non-essential government business is suspended during the campaign --therefore no largess, no government paid photo ops, etc.

I imagine his security is at government expense which seems reasonable.