Free This Country from the Scourge of Harperism 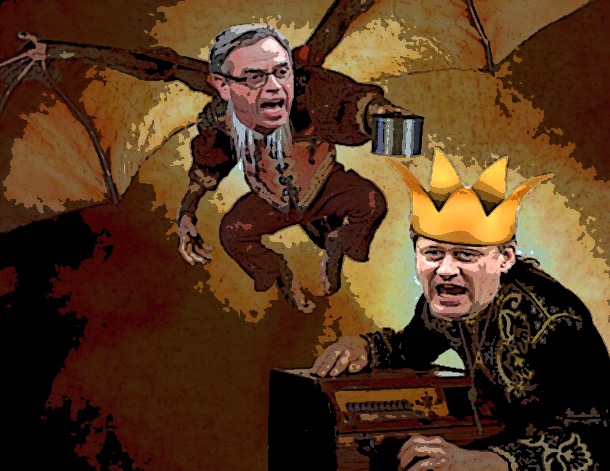 These days you might get the impression that this election is all and only about the economy.

The economy that Stephen Harper has helped drive into the ground.

But today two very different Canadians sum up what it's really all about.

From Patrick Brazeau, the disgraced Senator, it's about getting rid of a dictator.

One thing is certain; from what I know, Harper is a control freak. When I was in caucus, very few challenged him. Those who did were shut down, those who had differing opinions were silenced.

When you contradict, shame or make the PM look bad regardless of its significance, watch out because some of his soldiers are coming after you. Is that “PROVEN LEADERSHIP?” No, its “PROVEN DICTATORSHIP” and it scares me and it should scare you

For Ralph Surette, the progressive columnist, it's about getting rid of the scourge of Harperism.

For those who go on, sometimes in awed tones, about how Harper has "changed Canada," this is mainly how he's changed it -- by snuffing open debate.

As the wheels appear to come off the Harper campaign, it's intriguing to note the defences of Harper by various commentators. The Globe and Mail's John Ibbitson, who's written the main book on Harper, sees Harperism and its problems as the result mainly of a controlling personality. Others see the fraying as the normal result of a 10-year-old government. And, in an expression that's popped up in a few business-connected commentaries, Harper's problems are a matter of "style, not substance."

It may be a bit of all those things, but the assault on democratic process, the contempt for Parliament, the undermining of the rule of law, the culture of electoral fraud, and on and on, go far beyond personality, style or old age. A sinister culture of fear and control has been created that runs through the vital organs of Canadian public life. What's needed is not just the defeat of a government, but a cleansing of the broader scourge of a corrosive ideology.

Two very different men. One message. The only one that counts.

Free this country, save our democracy. 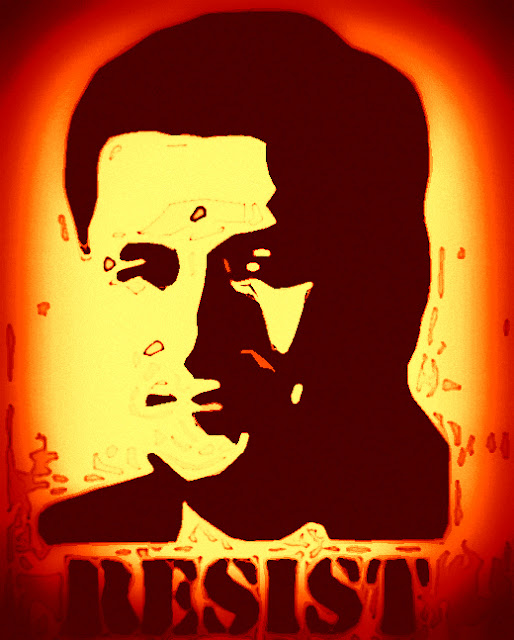 Many are saying this election is all about the economy. Not for me. its all about our Constitution, our democracy, open and honest government. With that goes what made us a great country, a decent medical system, looking after our seniors and honouring our Veterans with decent end of service benefits, serving as peace keepers on the international stage, welcoming refugees regardless of their religion.

This country wont survive 4 more years of this tyrant. The party of one is over and at best, a minority will see him defanged and the remaining con buzzards will circle over his rotting carcass as the sword of Damacles is dangling over his head by the opposition. A fitting ending.
JD

It galls me to no end that enough idiots here in Alberta will vote for this shit head once again.

To demolish the Con myth that Harper has been a good economic manager, one only needs to know Harper has the worst economic growth of any Prime Minister since the days of R.B. Bennett in the 1930s. He has run eight consecutive deficits, and Canada is the only G7 country in recession. Former Public Budget Officer Kevin Page told CTV Power Play (Aug. 26) there has been five reported months of economic decline, and most economists are expecting a small deficit this year. Said Page: "So if the next Prime Minister wants to increase some tax rates over the next few years when the economy starts growing again to deal with other issues--health care issues, infrastructure issues--that maybe the smart thing to do... I think there are opportunities with record low interest rates to stimulate the economy through additional investments in public capital."

Google the cpac.ca video (Aug. 25) where former Prime Minister Paul Martin addresses Liberal supporters in Scarborough. Martin said: "When we took office in the early 1990s, Canada had the worst deficit and debt record of the G7 countries...Three years later, the deficit was history and we were able to start investing in the future. Liberal governments went on to table 8 budget surpluses in a row. We cut the government debt--something that no government had done in over 50 years--and we brought Canada's debt ratio down from one of the highest in the G7 to one of the lowest."

Two timely books now available in paperback: "Kill The Messengers: Stephen Harper's Assault on Your Right to Know" (2015) by Mark Bourrie, and "Party of One: Stephen Harper And Canada's Radical Makeover" (2014) by Michael Harris.

Don't anyone forget bill-51, -- this will open the door to even more institutional madness by harper -- we fought alongside our allies in WW11 to rid the world of the horrible insanity that was coming our way, let's not let those soldiers and other innocent people who bravely gave their lives to give us our freedom and real democracy ( not harper's evangelical nutcase kind)-- just a reminder from one of our war memorials -- Remember Ye that pass by - We gave our today for your tomorrow, NOW - let's not blow it, get everyone you know, out to vote this harper scum into eternity

As a born Albertan who has lived away for years, it galls me too. It wold gall me if I lived there.

You really need to see: http://help.georgetown.edu/ ticket #8283-103423 tel; 202-687-4949 The University of Georgetown USA has put Harper on public record as having almost destroyed Canada with disassociation from United Nations, due to Harper being blackmailed with visual proofs on record with The High Commissioner which can be confirmed with UN OHCHR anytime! Harper is a disgrace as is most of his Cabinet!

From the updated The Stephen Harper Non-Answer Generator!

91. "We didn't really lose a seat on the UN Security Council. Canada received just 78 votes in the second round. So as the third round started, I announced Canada would no longer seek the seat. Big difference."

I can't get this link to work.

hi e.a.f.... That's exactly how I feel. I can live very simply so I can live with less money. But I can't live without democracy and freedom. So for that alone the Cons must go....

hi JD....I agree completely, four m,ore years of Harper would destroy this country. But the good news is as you say, the Con party is over, and the buzzards are circling overhead....

hi Way Way Up....I hope you're wrong. It really would be great to have Alberta join the rest of us in tossing out the Cons. It would help unite this country after so many years of East-West division, deliberately created by Harper and his gang. I'm still not losing faith in Albertans, and am still confident that enough of them will do the right and Canadian thing...

hi David...yes the Con record is entirely fraudulent. They took a relatively large surplus and managed to turn it into eight deficits in a row. And worse they should no imagination, couldn't bother to diversify our economy, or prepare us for a greener future. The hapless business class in this country didn't help, but mostly it was Harper's fault....

hi jolly roger...no I can't forget Bill C-51 or would Harper might do with it if he gets re-elected it. And I notice the police chiefs are so excited by the bill that they were asking the other day for the right to get names of people on the internet without a warrant. We really need to defeat those fascist Cons, and restore our Canadian values or we will end up in a banana republic....

hi anon...I'm sorry about that as I've always done my best to bring the people of this big country together. But as I told way Way Up I'm still hoping that enough Albertans will join our freedom march...

hi anon...one of the things that has hurt me the most is to see how Harper and his Con gang have destroyed the decent reputation this country once enjoyed. I was so proud of that country and I want it back....