The Cons and the Great Foreign Workers Scam 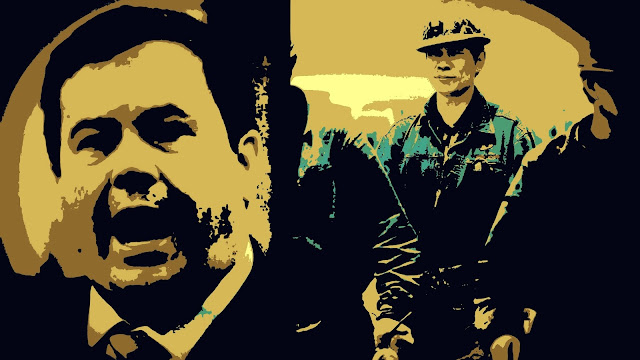 Well I guess we should have known it was just another Con scam eh?

On Tuesday Jason Kenney made it sound like they were making it harder to bring in foreign workers to steal jobs from Canadians.

Tough new regulations aimed at quelling fears that foreigners are snatching jobs from Canadians kicked in on Tuesday, empowering government officials to conduct workplace inspections without warrants and to blacklist employers who break the rules.

Today we found out the Cons are actually making it easier for criminals to bring them in by the boatload.

Employers convicted of human trafficking, sexually assaulting an employee or causing the death of an employee will be allowed to access the Temporary Foreign Worker program after Ottawa decided to back away from a proposed ban.

So when Jason Kenney said this:

“We are taking action to ensure that Canadians are always first in line for available jobs,” Jason Kenney, minister of employment and social development, said in a statement on the new rules.

He was either lying like a thief, or taking a page out of Big Brother.

Gil McGowan, president of the Alberta Federation of Labour, says Ottawa’s “backtracking” on tougher rules shows the Conservative government was never serious about a crackdown in the first place.

“It’s kind of Orwellian what they’re doing,” he said, noting the announced changes received lots of attention, but the details were quietly released during the holidays.

“They seem to be consciously and deliberately misleading Canadians into believing that they’re cracking down on the temporary foreign worker program when in fact the opposite is happening.”

But then what do we expect when the Cons have brought in so many foreign workers? 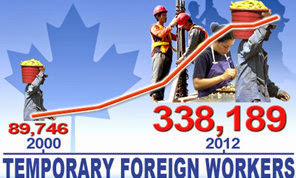 And the reason they are doing that is not because there is a shortage of Canadian workers, or a skills shortage. But because they want to bust unions, and drive down wages.

But why do they want to reward CRIMINALS?

Answer: because they don't want big oil companies like Sinopec to be barred from bringing in foreign slaves. Even if they are found guilty of killing them.

A unit of a giant Chinese petrochemical corporation can face trial on safety charges in the deaths of two oilsands workers. The Alberta Court of Appeal has upheld a ruling that Sinopec Shanghai Engineering Co. can be prosecuted under the Health and Safety Act.

Not when those foreign companies are so good for Alberta.

Companies owned by the Chinese government are major players in Canada's energy industry with $11 billion in investments in the last two years. Units of Sinopec have spent more than $7 billion in Alberta since 2009. The deals include the recent purchase of Daylight Energy Ltd., and major stakes in oilsands projects such as Syncrude and Total E&P Canada's Northern Lights.

Even if it turns the rest of us into low wage Canadian slaves.

So how do the Cons expect to get away with this outrageous scam?

Answer: by trying to distract us with the ban on foreign sex trade workers.

Effective Dec.31, 2013, the government will no longer approve labour market opinion applications from employers looking to hire foreign workers in the sex trade industry, a spokesperson for the department of Employment and Social Development Canada told CBC News.

Because those quality jobs are reserved for Canadians !!!!

And of course, because a Con is a Con... 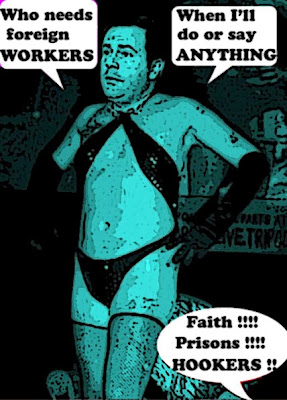 And a hooker is a HOOKER.

But you knew that eh? And this is all other Canadians need to know:

Don't believe a word they say. Support the union movement which is fighting to save quality jobs for Canadians.

And before we end up as slaves in our own country.

At the mercy of criminals.

Put this Con artist where he belongs... 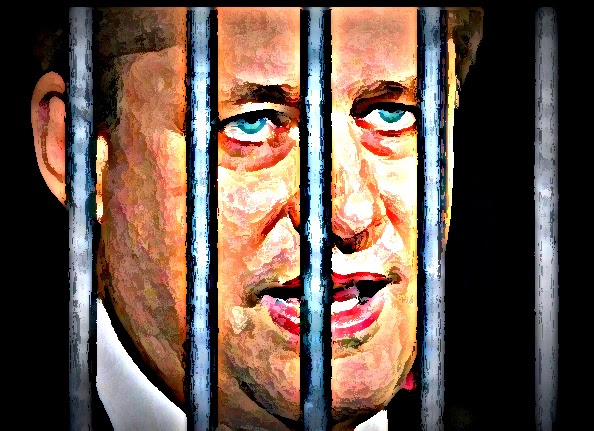 I will never forgive you for that image of Jason in that revealing outfit. I'm blind now thanks ;p

You chastised me the other day, for what I said about Communist China. China is showing their aggression around the globe. China is now accusing Japan of destroying the peace of all Nations. China wants Britain to back them up. China says, the U.S. will back Japan up. China has gone out of their way, to antagonize other countries. Most countries have to escort China out of their territories. Not even another Communist country would be, stupid enough to give their country to Communist China. However, Harper is that stupid.

What you don't get is, the last thing our Canadian Chinese want is Communist China here in Canada. That is why they left China, they have no Human Rights in China either.

Now China is interfering in our Universities. Harper has handed China our resources and our resource jobs. There are thousands of Chinese coming over here for, Harper's Northern BC mine plans. Harper also trains foreigners, to take the oil patch jobs.

Perhaps you need to read of. Mugabe, the Communist China Army and China's blood diamonds.

If you think this is just fine for Communist China, to be on our Canadian soil? Convince me.

You do have to wonder why Harper and his crew are doing all of this. We know we have enough unemployed in Canada to do the job. if we don't they could open a few trade schools, Think of the votes and jobs that might bring. that would appear to not be what they want.

It is simply amazing that Harper wouldn't go to Sri Lanka because of their human rights record during a civil war, yet thinks its fine to have China's officials here and for him to visit there. B.C.'s premier, Christy Clark makes frequent visits also.

They can't honestly believe that what they are doing is good for the majority of Canadians and taxpayers so you do have to wonder why they are doing it all. Oh, where is Snowden when we need him. It would be soooo nice to check some of those private items,which no one gets to see, to see if they are truly selling out our country.

B.C. has begun to sell off government land, again. it will be interesting to see who buys it. Perhaps corporations owned by the Government of China?

Well time to write my M.P., a con and ask him to explain. Thank you for the information Simeon.

hi Ryan...I'm sorry about that. I was cleaning up my photo files the other day and came across that horrible photo-shop, that was one of the first I ever made. Obviously. ;) But last night I was a bit too tired to make another one, so I couldn't resist. However, should Kenney ever become the Con leader, I'm sure I'll be making a lot of new ones...

hi anon...I did not chastise you for anything. I merely pointed out that when you criticize the Chinese you should be careful to make a distinction between the Chinese government and the Chinese government. Or risk sounding like you're warning about the Yellow Peril which would be racist and obviously wrong. China is a country we nee to be wary about, as it's foreign policy is becoming more aggressive. But this country is being gobbled up by many other countries, and we can't just focus on one....

Evidently the organized crime lobby signalled to the Cons that when it comes to the sex trade, they have an easier time exploiting the foreign workers if they're illegal in the first place. So they carved them out an exception . . .