Rob Ford and the Scary Story of the Jailhouse Beating 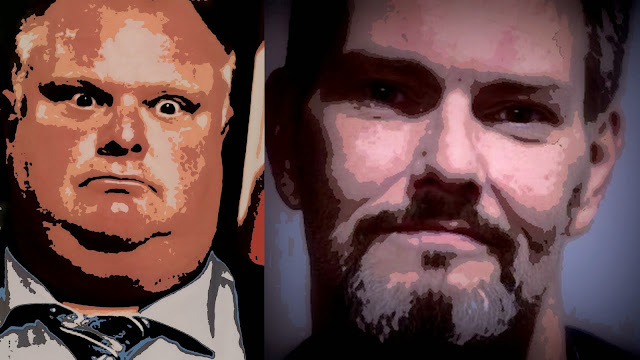 The man himself is bad enough. A bully, an anti-gay bigot, a crass Con buffoon.

The most famous Canadian in the world, to our everlasting shame, and the worst mayor Toronto or any other city has ever known.

So the last thing I really needed to hear was more about his family's scary problems.

Several prisoners shattered the teeth and broke the leg of Rob Ford’s estranged brother-in-law in a jailhouse beating that was intended to keep him quiet about the Toronto mayor’s abuse of alcohol and illegal drugs, it has been alleged in a lawsuit.

Because this story back in November told me all I needed to know.

MacIntyre, a convicted drug dealer who has racked up a slew of offenses dating back 28 years, was the off-and-on boyfriend of the mayor’s sister, who described herself in a TV interview on Thursday as a “former drug addict.”

Eight years ago, MacIntyre was accused of shooting Kathy in the face during an altercation in the basement of her parents’ home and then fleeing in her mother’s Jaguar.

Or much much more than I wanted to know eh?

Although I do find it interesting that MacIntyre is also alleging that this deranged and truly disturbing performance was aimed at him...

Because I still think it's important that we find out who exactly the Fordzilla wanted to KILL.

Especially since he has a long list of enemies i.e. anybody who disagrees with him.

And even his friends end up badly.

Toronto Mayor Rob Ford distanced himself from the murder of Anthony Smith, one of the three men in the notorious photo of Ford in front of what police allege to be a “crack house” in comments made to the Toronto Sun.

The case has prompted a flurry of interest because Smith and Muhammad Khattak, another man wounded in the shooting, both appeared in a photo with the mayor that was distributed by men trying to sell a video in which Ford appears to smoke crack cocaine and make homophobic remarks.

But of course I am absolutely delighted that he isn't "mentoring" high school football players any longer. 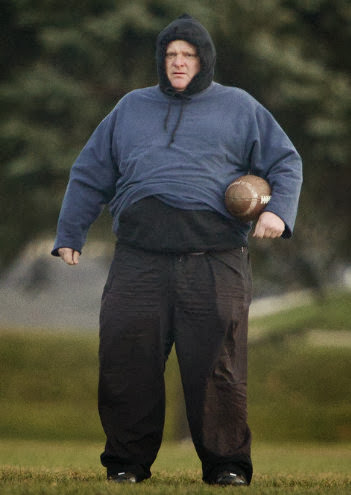 The 2012 jailhouse assault of Scott MacIntyre was orchestrated by Aedan Petros, Mr. MacIntyre has alleged in a statement of claim. Mr. Petros is a 300-pound, violent criminal who played defensive tackle for Mr. Ford when he was the coach of the football team at Don Bosco Catholic Secondary School.

And that he'll have at least one 300-pound violent criminal to protect him when he's  in jail. From his former brother in law, or a rival gang, or Justin Bieber.

Because I haven't the slightest doubt that's where he's heading eh?

But in the meantime we have to worry about what kind of advice he's getting from his good buddy Boss Harper... 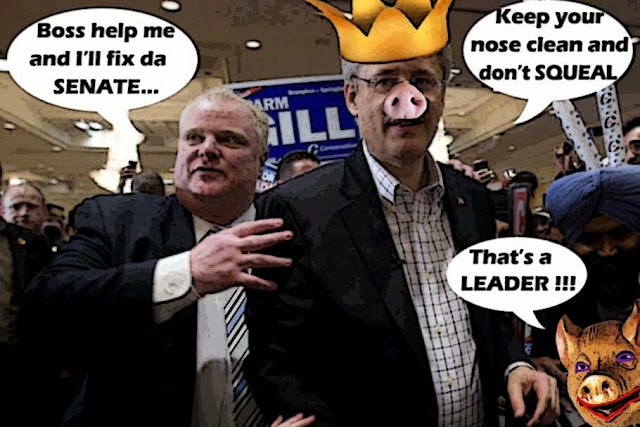 Who is still desperately trying to figure out how he can embrace Robbie again, and win the support of the slack jawed morons of the Ford Nation. The ones who aren't in jail, or drinking heavily, or smoking crack like their hero.

Without putting a bong or a bullet in his Great War on Crime.

But of course right now the biggest problem for the decent people who live in Toronto is that Ford may be the Mayor in Name Only, but he's still causing an unseemly ruckus at City Hall.

The city’s 2014 budget debate erupted into shouts and bickering within the first hour. A shouting match erupted between Ford and Councillor Michael Thompson during the debate over what to debate first.

By acting like a goon. Or a redneck who can't count.

And the only thing we can be grateful for today is that he missed a lot of the council meeting because he had to meet with his criminal lawyer.

And at least he wasn't stoned or drunk and acting like an ANIMAL... 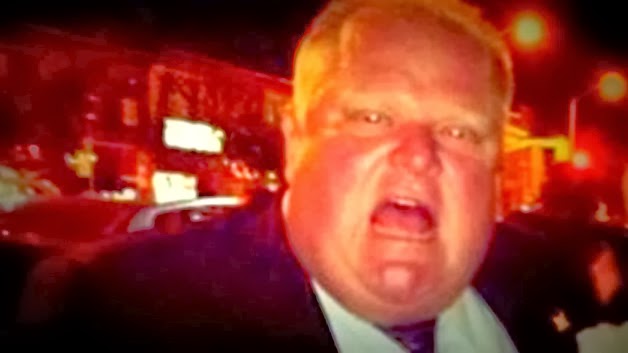 And the good news? I've been running like a bunny all over the island even in the freezing cold to get in shape for the battle ahead.

So when Olivia Chow FINALLY announces her candidacy for mayor, I can make it to her office in about two minutes flat, and be the first to sign up as a volunteer.

Because quite frankly, even though I'm a Montrealer, and I could pretend to look the other way, or claim that I don't speak English well enough to understand what's going on. Like my buddy Sébastien sometimes does when he's had enough of the Ford Follies. Qui? Quoi?

But I just can't. I can't accept to live in this state of moral squalor. My parents who raised me to demand better would never forgive me.

And I consider it my patriotic duty as a Canadian to help liberate Toronto.

From the clutches and the stench of this low life Con... 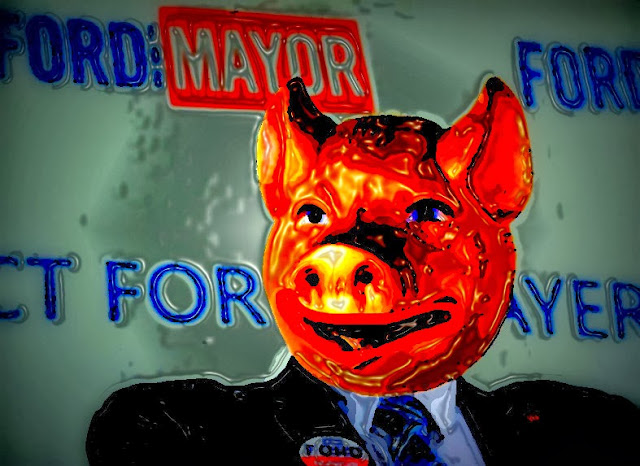 That bully, that bigot, that nightmare hog.

And my message to the people of Toronto will be a simple one eh?

It really is time to clean house.

A freezing wind is blowing.

But the Canadian cavalry is coming.... 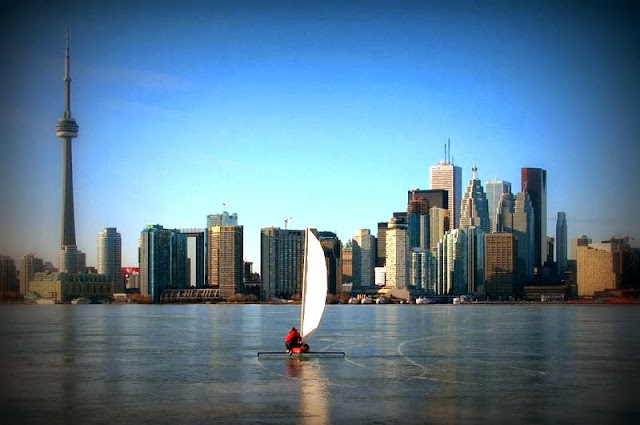 it will be sad to loose Ms. Chow from the House of Commons if she decides to run for Mayor of Toronto.

Lets hope Ford and his ilk just go away.

frod and his ilk are just like cancer. It keeps getting worse and will kill you until you just cut it out and get rid of it . . . and hope you get rid of all of it.

Not related to Rob Ford but regarding the criminal rehabilitation system since the ex boyfriend of Ford's white supremacist sister claimed there was obvious abuse of power within the penal system.. small tid bit of news today:

"Public Sector Integrity Commissioner Mario Dion says a senior official at the Parole Board of Canada behaved inappropriately towards female staff, disclosed information to unauthorized persons and put himself in a conflict of interest."

unfortunately they forget to mention that: 1. He was appointed by Vic Toews. 2. He has deep connections with private industries related to detention, "investigation" and surveillance. 3. He was a officer with the York police.

I doubt sexual misconduct, abuse of power and contempt of the Canadian public are new behaviours.

"William Frederick Kerr Tufnell of Kingston, Ontario, is designated as the Vice-Chairperson of the Ontario region. He has been a full-time member since 2009. Mr. Tufnell joined the Canadian Armed Forces in 1968 where he served for five years. Between 1974 and 1988, he was a Sergeant with the York Regional Police Force. In 1989, Mr. Tufnell became the founding President of several companies specializing in detection, investigative services and surveillance."

Toronto - so thoroughly mired in corruption right now. which is exactly how Harper wants it, to choke Toronto until its dead. But I think Blair is going to flush it all out, its just really dirty & pervasive b/c I'm sure if includes a bunch of institutional operatives as well in business, politics & possibly police/authorites as well.

I'm thinking, corruption in West Detention, Corruption of Cops, too many threads linking this to the Cops , Enforcement and Government Apparatus. Not sure Blair is going to be saviour. I think Ford will be suicided or heart attack or something, I think he knows where the bodies are buried, literally. It just stinks all around. I think we've turned into that kind of country. I hope I'm wrong. I want to believe in our country.