Stephen Harper and the Bromance From Hell 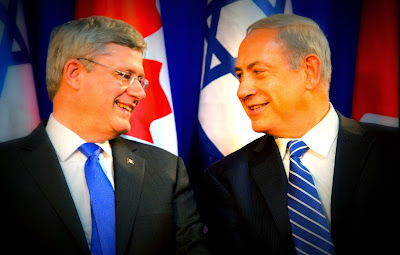 When I saw this picture published tonight by the Con Ministry of Propaganda and Disinformation, I have to admit I was conflicted eh?

On the one hand I despise both Stephen Harper and Benjamin Netanyahu for being vicious Cons and demagogues, who would lead their countries to disaster, and the world to war.

But on the other hand I can't deny that any man who would praise Harper for his "moral leadership," must be madly in love with Great Leader.

“This world is often cynical and hypocritic, and you have shown great moral leadership,” Mr. Netanyahu said, lauding him for speaking out against terrorism and anti-semitism, and for Israel’s security. “In all this, and so many other things, you’ve shown courage, clarity, and conviction. And in standing up for the truth, your voice, Stephen, has been an indispensable one.

And who am I to stand in the way of such a steamy bromance? 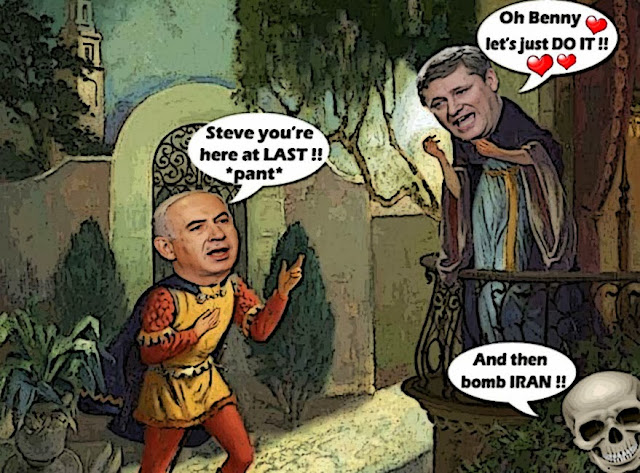 If Hollywood hadn’t already coined a bromance called I Love You, Man, they could have made a movie about the prettiest love story in international politics — namely, the one between Benjamin Netanyahu and Stephen Harper.

Although I do have some questions for Great Besotted Leader. Couldn't he and Benny have just rented a hotel room somewhere? Did he REALLY need to bring along 21 rabbis, and all those other gushing admirers, on this bloated junket?

The "accompanying party" of private citizens on the Israel portion of this trip numbers 208, according to a list released by the Prime Minister's Office. It included 21 rabbis, representatives of about 20 Jewish community groups and a half-dozen evangelical Christian organizations, as well as a number business people, including a handful of lobbyists, the presidents of Air Canada and Bell Helicopter Canada and prominent Jewish business leaders like David Asper and David Azrieli. Former Conservative cabinet minister Stockwell Day, a staunch pro-Israel advocate, is also in the delegation.

Did he really need to stick Canadian taxpayers with the tab for this outrageous partisan extravaganza? Do him and his rabid religious base really think  that money grows on burning bushes?

Towards what desert delusion is he leading his massive flock? 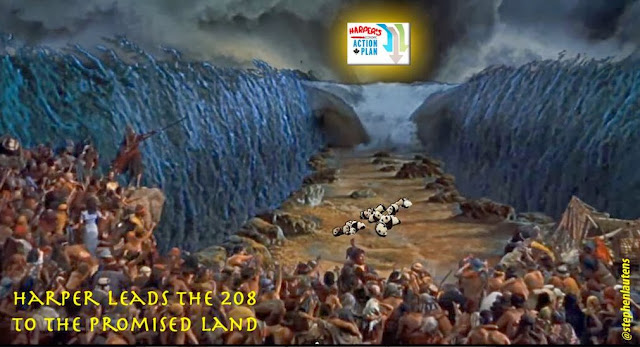 And do those leaders of the Jewish community think they are doing their community a favour by clinging to Great Leader's robes like groupies? When most Canadians, are heading in the opposite direction.

And Stephen Harper is the most hated Prime Minister this country has ever known.

Stephen Harper is NOT their real friend. Like Netanyahu he is an enemy of peace, and can lead them only to disaster.

This is NOT a love story decent Canadians could enjoy... 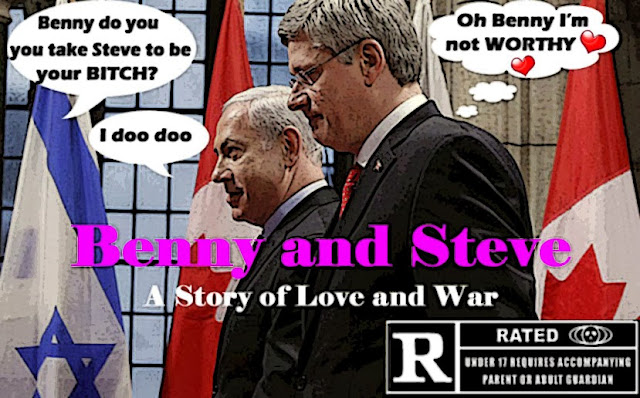 And those who support Harper so blindly, or so grubbily, could never be OUR real friends. And will find themselves on the wrong side of history.

Oh well. The good news is that this bloated taxpayer funded junket will only make Canadians hate the Con regime even more than they already do. If that's possible.

We'll get to visit the Stephen Harper Bird Sanctuary, which should be hilarious.

And by the time this expensive farce is over, Stephen Harper may come to believe that he simply cannot live without Benny. That Canadians don't deserve him.

And decide to wait for his Messiah.

In the only country that still loves him... 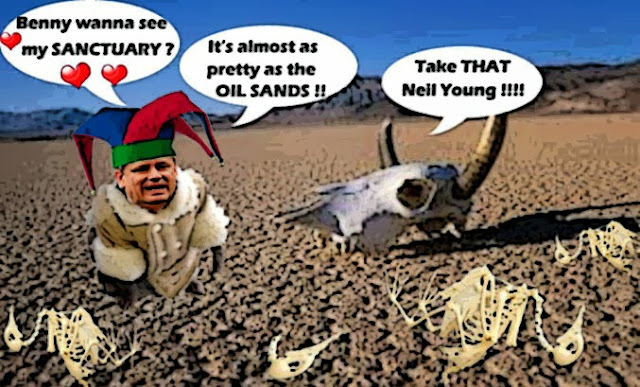 But one thing is for sure eh? After this ghastly junket, this latest embarrassment.

This bromance from hell.

The day we defeat him and his shabby stooge regime.

Please let Israel keep him. the news showed him, turned the sound off, beaming, with a red nose. His wife, not so much. lady like posture, but not happy. these types of events are worth watching, with out sound. doesn't drive you crazy and you see a lot morel

Now suddenly old harpie has enough money to load a jet with rabbis, politicians, business people, and one priest and goes to Israel. How many million is this little junket costing Canadian taxpayers.

Oh, and John Duncan, he found $90K and change to give to a Excel College, a private for profit school. But there isn't sufficient money for the education of First nations children living in tge North

Simon you may not have the global perspective. I do not believe in evil yet eviel exists.
http://thinkingaboot.blogspot.ca/2014/01/reasonably-defeating-men-in-black.html

Simon you can not cure the synonym without vanquishing the disease.
http://thinkingaboot.blogspot.ca/2014/01/reasonably-defeating-men-in-black.html

Do we have an eternal triangle here as in Bibi, Baird and Harper?

An eternal triangle usually involves two men and one woman or two women and one man, but in this case, we have .... what exactly do we have?

Whatever it is, hopefully Bibi can keep both of them in that bird sanctuary. Win win for all ... Israel gets to keep them and we are rid of them.

hi e.a.f....here's the funny part, most Israelis don't want him. He's useful to the Likud regime, but they too think he's a bit weird, and all of them can see through him. All the articles I've read in the Israeli media, mention his evangelical fixation and they know they are being used. However, maybe if we all contribute a dollar or two, maybe we can bribe them into accepting him.... ;)

hi Steve...hey don't get too philosophical on me. ;) Keep it simple like I do. Focus on the enemy like a laser. Understand and expose their weaknesses, and remember that if you want a gentler kinder world, first we must be ruthless, and destroy our enemies as they would destroy us...

hi David... It's too bad our parliamentarians can't give Great Ugly Leader that kind of treatment. I've always thought the opposition should choose the right moment and walk out of the Commons to show what they think of the Con regime. Of course, it being Canada, it would probably be better if we waited for summer... ;)

hi anon...it's funny you should mention that because I actually wrote a sequence with Johnny, Steve, Benny, and Avigdor Lieberman, the foreign minister and notorious bully and racist who met Harper at the airport, and making it a foursome. But luckily it made the post too long so I cut it out, because really that would be too much for anyone to even think about. ;) But yes I'm looking forward to visiting the Stephen Harper Bird Sanctuary. The very idea makes me howl with laughter. And I must see if I can turn Harper into a buzzard...;)