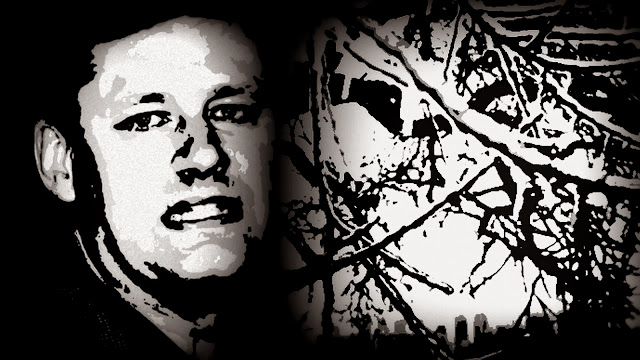 As another wave of bitterly cold weather rolls across the East, across Ontario to the Maritimes.

One question still haunts me: Why did he turn his back on a million Eastern Canadians left freezing in the dark during the big ice storm?

Was it mental exhaustion? Was it indifference. Did he think it wasn't a real emergency? Or was it just because it didn't happen in Calgary?

So I was glad to see the Globe and Mail try to answer that chilling question.

The ice storm had begun on Sunday, Dec. 22, when Stephen Harper held a photo-op at a Calgary seniors’ centre. The next evening, he went to a Flames hockey game. By that time, the storm had hit four provinces, downing power lines and leaving 385,000 Canadian homes and buildings without power, with many being warned days could pass before service would be restored. A Christmas in the dark loomed.

Other natural disasters have triggered quick responses, such as during the June flood in his hometown Calgary. But the Prime Minister and his cabinet steered clear of the ice storm – and have continued to, in the two weeks since it struck.

Because it just doesn't make sense eh? One million people suffering and traumatized by the special horror of an ice storm for DAYS, and all they got from Harper was two miserable TWEETS?

And this bullshit from the PMO doesn't make sense either.

One government source said Mr. Harper would only visit the storm-affected region if there was a federal role in the response, and not “for what would ultimately amount to a photo op that might only serve to distract from the response effort.”

I mean can ANYBODY believe that a man who loves photo-ops like Great Leader does, would let the absence of an emergency declaration stand in the way of a chance to pose heroically in the rubble of some street, in a riding chosen for crass political gain?

I don't think so. Not after the way he performed for the cameras in Calgary... 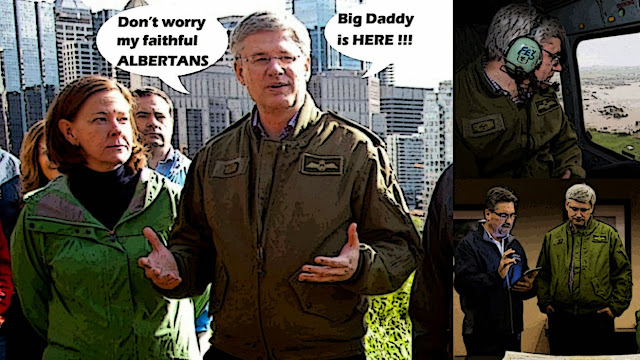 They’ve carried out disaster photo-ops in the past. Hours after floodwater hit Calgary, the first federal statement was issued. Prime Minister Stephen Harper issued his own statement that night, and toured the devastation the next day.

Dressed up in a phony military jacket trying to turn tragedy into political gain.

Or after having his convention postponed.

And yet another comeback attempt interrupted. 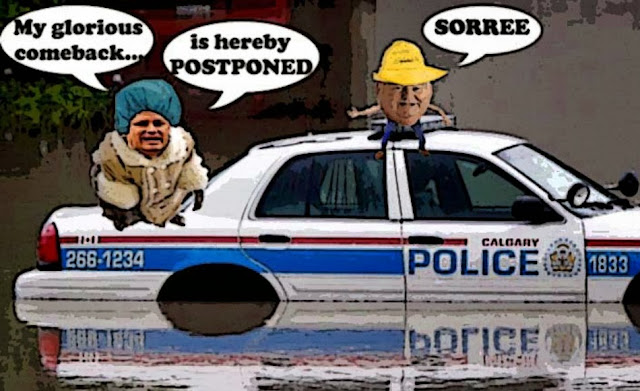 So what is it? What did he stay away from places like Toronto where there are so many ridings he wants to win?

And all I can think of is that he didn't want to have Rob Ford rubbing against him, trying to squeeze his massive bulk into every photo-op.

And reminding everyone how close the two men have been, and that he has never condemned his good buddy's outrageous behaviour.

Or his drugged up Ford Follies.

Still, I also can't help feeling that Harper's state of mind has something to do with it. I think the pressure of that Senate scandal is getting to Great Leader, and causing him to lose his judgement AND his marbles.

Because when I took a closer look at this picture today, and at the strange look on his face... 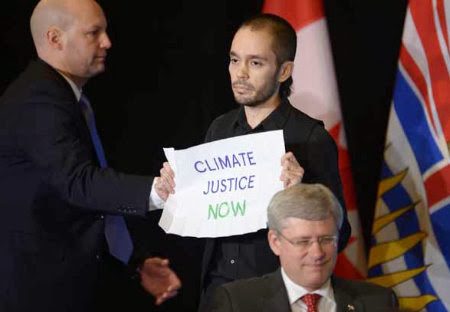 I have to say it looks to me like he may be HEAVILY medicated, and we really need to find out in a hurry whether he is still fit to remain in office.

Before he sets off on his big trip to the Middle East and starts an all-out war in the region.

However, I see that Globe readers are jumping to their own conclusions:

Steve doesnt care about Canadians other than Albertans. How often do you have to be told and see it. We arent all dumb. Its been that way from the get go.

And I'm okay with that too eh?

Because if we spread that one around, and believe me will.

This WILL be the end result... 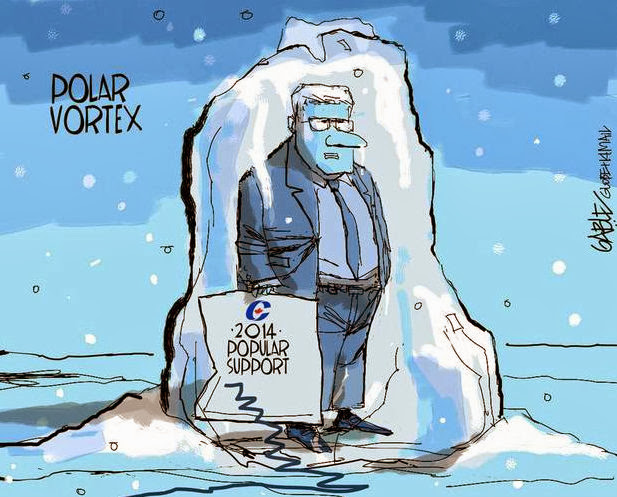 I mean can't you just hear the attack ads?

When a MILLION people in the east were suffering, Stephen Harper was MISSING in action.

When Calgary called he went running.

And why should ANYBODY out East vote for him?

Gosh. Don't you just LOVE Canadian winters? I say we turn up the heat eh?

And see how soon we can melt him...

How cold is it?

Its so cold that infrared sensors are seeing a heat signature in Harpers chest area.

Its so cold Nazim Kadri has been moving his feet when he does not have the puck.

Its so cold Ford can get from the elevator to his office without breaking a sweat.

Little Steve seems to think the only way he can keep his Alberta "Base" is to misstreat everyone East of Thunder Bay. His opinion of his base is pretty low.

Reform polls must show that 30% will keep hin in 24 Sussex. He has tried to give all the fish off Newfoundland to the Europeans. He has systematically attacked PEI, Nova Scotia and NewBrunswick jobs. He has acted as if Quebec doesn't exist and now he has bitch slapped Toronto. While all these acts please the old Reformers, danger may lurk.

The next election night may see the Cons with only 8 or 9 east East of Ontario. Harper is doing his best right now to lose Ontario votes. He hopes that choking the polulace of BC by shoving a pipeline down their throats will keep them from the polls. How can he achieve 30% with Alberta, Saskatewan and a few Ontario rednecks?

Its so cold that for the first time in his life Jason Kenny thought he had an erection, then he discovered his fly was not done up.

No, Harper just looks like a smug son of a bitch, who is having an irritant removed. The young man was wonderful!

Stevie is out here because the weather is warmer. its that simple. He can't go to Maui, so vancouver island is the next best thing. Simon I don't want to be mean, but when the dog wants to go outside i don't put on a coat, i just go outside with him in a nightshirt or whatever I'm wearing during the day. yes its a coat if its around the block, but just across the street or out for a few min. no coat required.

he doesn't want to do a photo opin Ontario because its cold outside. when the floods hit alberta it wasn't freezing your skin in less than 5 min. Even if he doesn't want to be seen with Ford and ignores quebec, there are still 4 eastern provinces, after quebec. while he is in b.c., the media is not permitted to ask him questions here on vancouver island. the guy knows he has the office for over a year to go and he just doesn't give a shit.
he isn't making any head way with people in b.c. because his visit to vancouver only involved the 1%ers. On Vancouver Island, not much different. It was a photo op and he didn't have any b.c. officials, from what I could see. of course the M.P.s from that area are NDP, but the premier, ms. photo op has been missing in action also for some time.

No one is buying the junk stevie is trying to pedal. we've seen the mining jobs go to workers brought in from China, the logs go out by the ship load, there isn't anything for the people of B.C., where we of course have the highest rate of child poverty in Canada.

Steve is just another smug asshole and he doesn't care about anything in B.C.