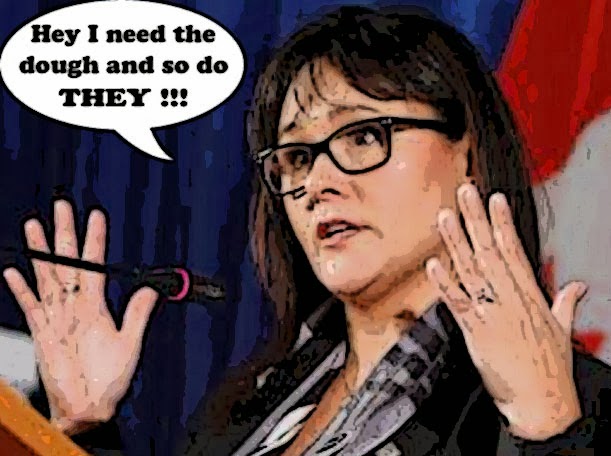 OMG. Not another Con money scandal. Why are those Harperites so greedy?

What was Leona Aglukkaq thinking?

Conservative MP Leona Aglukkaq, the minister of economic development for the North, attended a fundraiser in her honour Tuesday evening where guests included the very people who receive funding from her department.

And why was she running through a mall to try to get away from reporters? 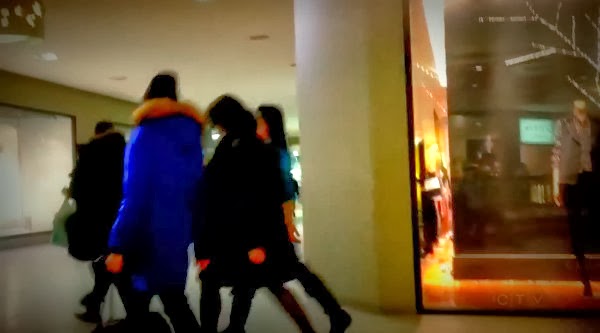 After Aglukkaq learned that CTV News had staked out the fundraiser at an upscale Ottawa hotel, she entered through a shopping mall entrance rather than the hotel’s front doors.

Which has to be the most undignified way of dodging the media since Bev Oda left town in a hurry... 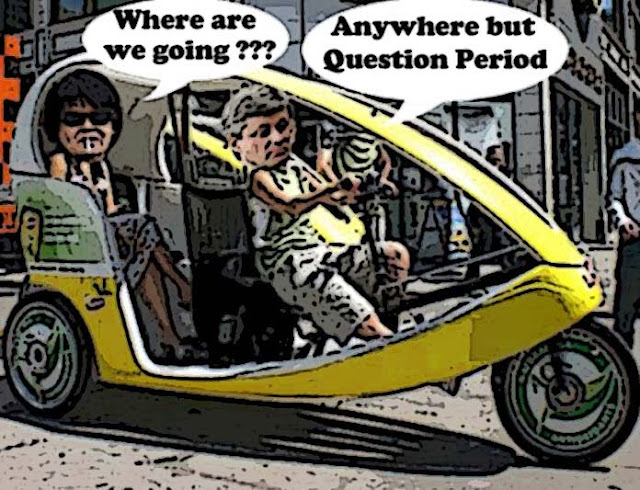 And so soon after Shelly Glover was caught doing EXACTLY the same thing. 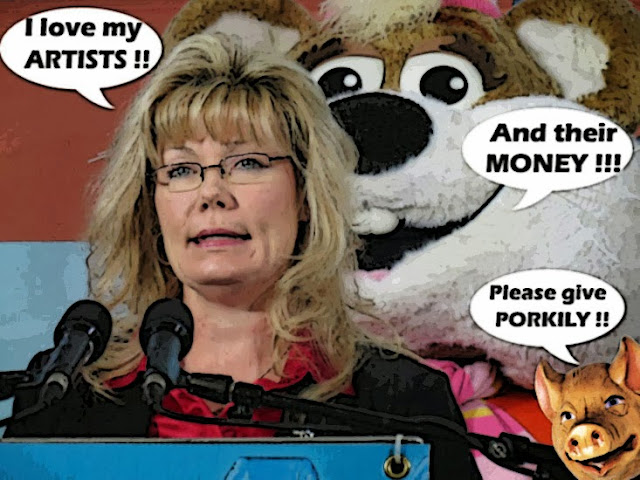 Heritage Minister Shelly Glover is under fire from opposition MPs over a fundraising event where members of Winnipeg’s art and culture community were asked to donate money to the cabinet minister -- donations that may have breached federal conflict-of-interest rules.

Gawd. How are we supposed to keep up with them? When if it isn't Dean Del Mastro it's his cousin. 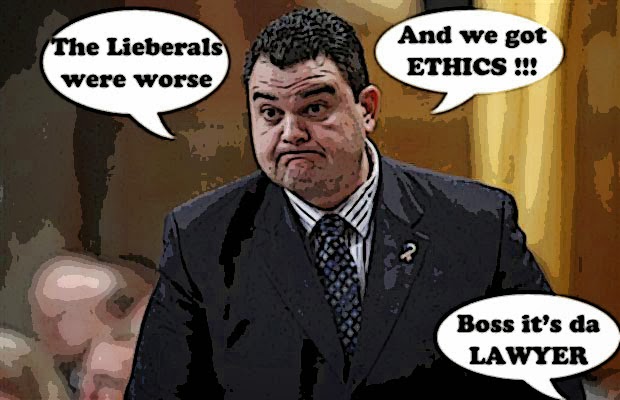 What is it about a stash of cash that seems to drive the Cons wild?

The Conservative Party of Canada has repaid taxpayers $230,198 for the "in-and-out" election financing dispute and dropped its appeal at the Supreme Court of Canada.

And why is Aglukkaq STILL the Minister of the Environment?

When first she denied that climate change was a problem. Then she tried to claim that the polar bears were not in trouble.

Much to their displeasure... 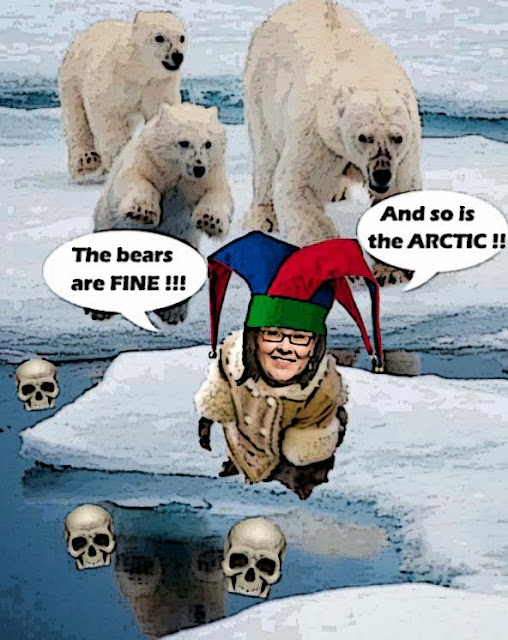 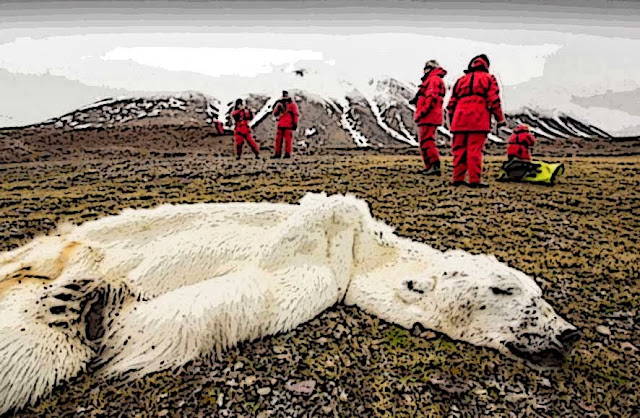 And was most recently caught in the act of not taking climate change seriously.
AGAIN.

Federal Environment Minister Leona Aglukkaq set aside a proposal from her department earlier this year to publicly recognize scientific evidence that humans were "mostly responsible for climate change" and that it took this threat "seriously."

Oh boy. What more can you say eh?

Except that when we put all these scandals together with the Senate scandal we're going to make the Cons look like the most corrupt government Canada has ever seen.

And it will hurt them.

Leona Aglukkaq should be informed that three strikes means you're OUT. 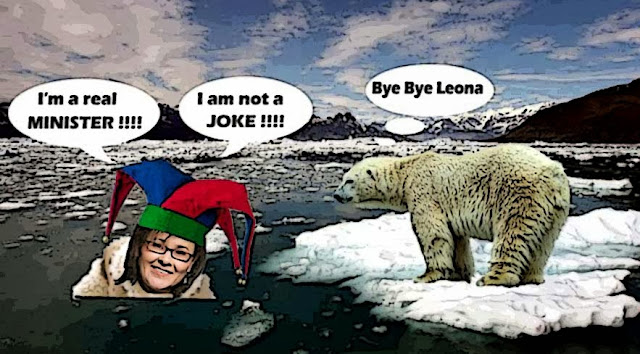 Yesterday in QP the CON-con was "we have the highest bar for ethics, ever, in Canada." While the house broke up with laughter, it was a sad reminder that Canada's CONs will always make it up as they go along. Thanks to the Vet's for telling it like it is. You too, Montreal.

I notice how in the US someone stops traffic and there are federal investigations and state investigations and subpoenas issued and computers and phones seized and federal attorney generals involved to get to the bottom of it and yes, charges being laid and firings. In Canada there are accusations of election fraud even, and nothing happens. something wrong with this.

Either Leona is very arrogant or just plain stupid. You have to wonder, after the other M.P. was caught by CTV. Haven't the federal Conservatives figured it out yet? CTV doesn't love them and will expose them, as they have been doing.

After the first one was caught you would think some one from the PMO would send out a memo reminding M.P.s to ensure they don't make the same mistake. Looks like they really do want to loose the election.

The Vets had it right,

"Either Leona is very arrogant or just plain stupid"

Judging from her performance as Health Minister and now Enviroment Minister, I'll go for "What is stupid?" Alex