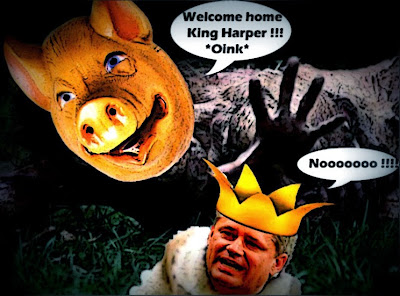 His bloated junket is over. He's back in Canada.

Just in time for the re-opening of Parliament tomorrow

Just in time for the latest porky scandal.

A report on ad spending obtained by The Globe and Mail shows last year’s totals came in about $5-million higher than what Treasury Board had previously listed as the approved advertising budget.

And this so soon after we discovered that the Cons had spent $2.5 million promoting a job grant program that doesn't exist.

And just as Great Ugly Pretty Leader is spending even more of OUR money promoting himself on his own video channel. 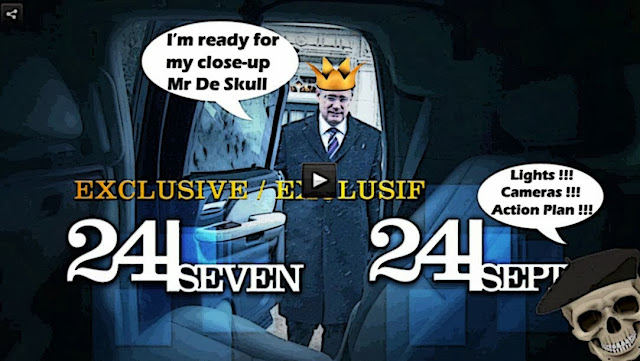 Liberal MP David McGuinty said the ads – combined with the Prime Minister’s new weekly video called “24 seven” – shows Mr. Harper is essentially “cheating” by using tax dollars to boost his own personal brand and that of the Conservative Party.

“He is using public money to enhance his chances for re-election and he’s doing it in a very, very blatant, obvious way,” Mr. McGuinty said, arguing Ottawa could save money by limiting the ad budget to such issues as promoting flu vaccination.

And what makes it even more scandalous, all this comes at a time when him and his foul Con regime are slashing jobs and services, or burning books like maniacs. 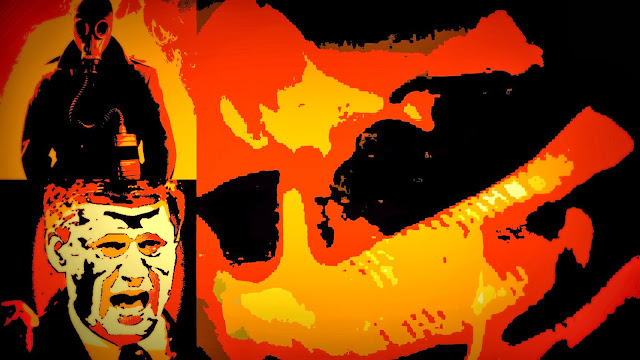 Embassies are being sold, government libraries closed, thousands of public sector jobs eliminated and billions of dollars are going unspent in the name of one broader Harper government goal: eliminating the deficit.

The Conservative government’s unflinching efforts to balance the books and eliminate a deficit estimated at $17.9 billion will drive a federal budget many believe is likely to be delivered in mid-February — when public attention is focused on the 2014 Winter Olympics in Sochi, Russia.

Even though there are no sound economic reasons to do that:

“There’s no necessity to balance it by 2015,” said Ian Lee, assistant professor at Carleton University’s Sprott School of Business in Ottawa. “It’s more political than economic, that is to say the Canadian economy is not going to blow up if they don’t balance the books by 2015.”

The only reason they are doing it is so they can build up a stash of cash to bribe voters in the next election.

But they DO have all the money in the world to brainwash us with their porky ads. 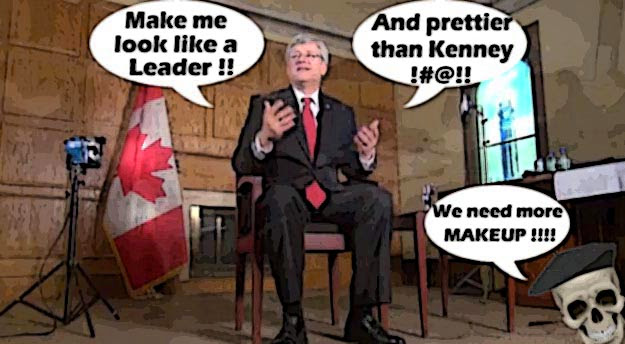 Oh boy. I only wish that Harper and his bloated junket had flown over this scene tonight.

So he could see where his pipeline mania is going.

And hopefully soon his corrupt government.

But at  least he's back in Canada eh?

He can't hide any longer. The junket is over.

And the fun begins tomorrow.... 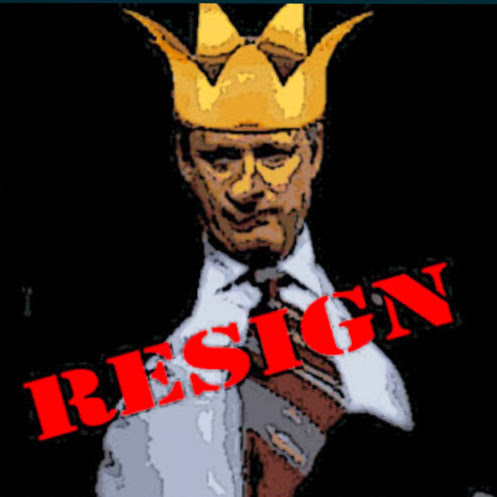 The great "economic action plan" like it's little sister the "bc jobs plan" are nothing more than glossy campaign slogans that have zero to do with actually boosting the demand side of the economic equation, the one that actually creates employment. I would back spending 20 million on ads that pointed that out, too bad the opposition doesn't have the warchest to point that out. Difficult for great ugly leader to defend that one.

Simon, who does all this spending/slashing remind you of, in the name of a balanced budget, and even (gasp!) a surplus? Can you spell PAUL MARTIN....thought you could...
The only difference is party affiliation (not that there is much difference in the parties, as junior Trudeau's safe-to-the-point-of-passivity comments regarding almost everything have proven...)
Did Paul Martin win anything but a kick in the pants for what he did to achieve his much-trumpeted surplus? Why, no, he did not...let's hope that history repeats itself with the Harpster Gang walking the proverbial plank...

Slide time bar to begin at 31:43. Plays after the commercial.