Robocalls: Is This the Breakthrough We've Been Waiting For? 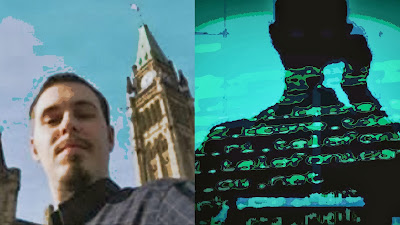 Well I must admit that I thought he would be the last Con operative to be granted immunity in the robocall scandal.

But the law, like the Lord, works in mysterious ways eh?

And Andrew Prescott seems to be the big winner.

A key player in the 2011 Guelph robocalls scandal is getting immunity from prosecution in the Elections Canada investigation into misleading calls in the last federal election, CBC News has learned.

Andrew Prescott was the Conservatives' deputy campaign manager in Guelph, Ont., where supporters of other candidates complained they received misleading phone calls directing them to the wrong polling station.

Prescott has a written guarantee "the Crown has no intention" of charging him in connection with the misleading phone calls, according to a source close to the case.

And the reason I'm surprised is that of all the people in Marty Burke's Con headquarters in Guelph, Prescott seemed at first glance, to be the most likely suspect... 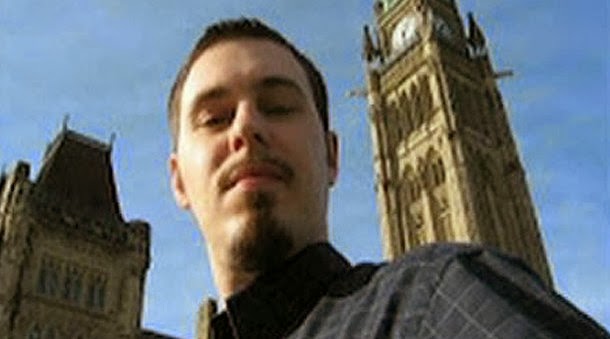 The guy who had a RackNine account, the IT expert,  and the one who at one point seemed to have had a close encounter with Pierre Poutine.

In one instance, Mathews alleges in an affidavit filed in court, the account assigned to Prescott and the account used to make the misleading calls both signed into RackNine in a single web session minutes apart.

So if he didn't send out the misleading message himself, he might at least have known who was in the office, and who might be a suspect.

Except that now we have this:

Mathews says in the affidavit that he has an email showing Prescott sent the campaign's RackNine contact information to Sona and campaign manager Ken Morgan on April 30, 2011, one day before the mystery robocaller programmed the misleading calls.

Which seems to indicate that at least two others knew how to operate the Demon Caller, including Michael Sona, the only person charged so far.

Which seems to me at least, to give Prescott's relatively recent statement an extra level of meaning.

Prescott, who has made only rare public comments on the matter, said in October 2012 that he appreciates the support of family and friends like Sona "who know I was not involved." "I respect the voters and democracy far too much to participate in any disgusting dirty tricks like this," Prescott said in a written statement more than a year ago.

For how could Sona know that Prescott wasn't involved, unless he knew who did it?

But then of course there are the six Con operatives assembled and herded around by the PMO lawyer Arthur Hamilton, who claimed they heard Sona bragging about making a misleading robocall. 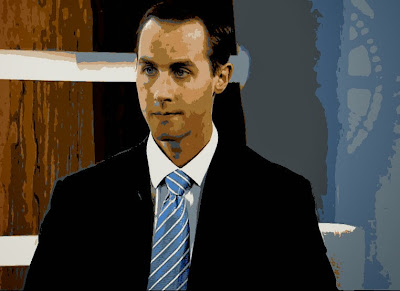 Only to have Sona claim that when some of those witnesses said they heard him bragging, he was actually sunning himself in the Caribbean

At the same time as some Conservative party staffers allege meeting with Michael Sona and reporting that he told them of his involvement in the robocalls controversy in the riding of Guelph, travel records show that Sona was vacationing on the island of Aruba.

According to the Mathews document, Sona allegedly came by her office and that of another Warkentin staffer, John Schudlo, and boasted of his robocalls work “a week to 10 days” after the May 2, 2011 election. That would mean between May 9 and May 12.

However travel records show that Sona flew on US Airways to Aruba, in the Caribbean, on May 7 and only returned late on May 14th, a Saturday. He was not back in his office – he worked on communications for Tory MP Rob Moore – until May 16, the Monday.

And then of course there's this question: Why would Andrew Prescott ask for immunity if he hadn't done anything wrong?

Golly Sherlock, I'm confused. Hold the immunity and pass me a tequila !!!

But then of course there's this.

The most troubling part of the robocall scandal, because it suggests that the Cons in the PMO are hiding something. And that what happened in the last election could happen again next time.

And in the meantime, Michael Sona who is usually a prolific tweeter, has strangely enough not tweeted anything so far about these latest developments.

Although he did retweet this yesterday.


Which also suggests that this election scandal is bigger than the PMO gang has made it out to be. And not just the work of one rogue operative.

And if luck, as well as justice is on our side.

We may finally find out why Stephen Harper was so jubilant on that fatal election day.

Before the polls had even closed...

And one way or the other, it's just another scandal to hang around around the necks of Harper and his gang, who at this point need that like a drowning man needs an anvil.

You know, a little Sona, a heap of Duffy, a lot of Nigel, and a big pinch of Pamela.

The RCMP has discovered and obtained newly revealed monthly calendar backups for suspended Sen. Pamela Wallin in an ongoing investigation into whether the former Conservative senator committed fraud and breach of trust.

And it will all add up eh? The stench of corruption will become overwhelming. It will all play into the same rotten narrative.

Until just about EVERY Canadian will be holding his or her nose, and asking the same questions I'm always asking, or urging people to ask.

How can we trust him? What did he know?

And what is he HIDING?

Because they will be the questions that sooner or later will destroy him...

A real simple anti-harpie 30 second campaign TV ad:
Close up of harpie looking like shit in a Q&A period and the big words diagonally across the screen
"WHAT IS HE HIDING?"
Like it? It's free to you, no charge.
Cheers!

The trouble is, it's not guaranteed that the one granted immunity is the one who tells the truth.

I'm not holding my breath Simon. When did this election fraud occur? Almost four years ago? Some stuff well before that. A bridge lane or two closed in New York/New Jersey last week and already there are investigations and subpoenas. Talk of impeachment. Something deeply wrong with how Canadians politicians and their helpers are held to account. I post as anonymous because I don't know how to do anything else.

My hope here, Simon, is that this will give the increasingly disaffected Con base yet another reason not to vote in the next election. The erosion of Harper's base, along with persuading enough Canadians to re-engage in the political process will, I hope, lead to this tyrant getting the boot.

"And the reason I'm surprised is that of all the people in Marty Burke's Con headquarters in Guelph, Prescott seemed at first glance, to be the most likely suspect..." And with that single sentence, you summarize perfectly why I waited for a deal before testifying. :-) I had no intention of being someone's patsy for this disgusting crime.