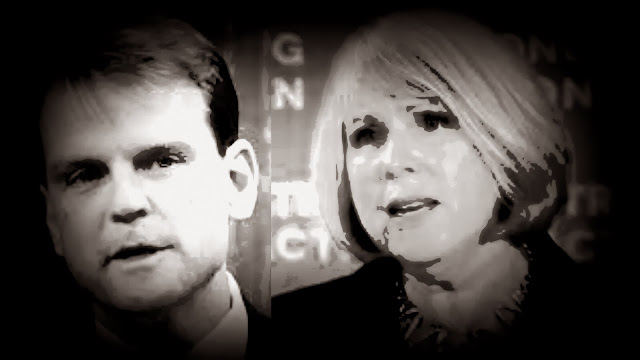 The other night I wrote about how disgusted I was to see Chris Alexander, the Con Immigration Minister, go after Deb Matthews, the Health Minister of Ontario, like a schoolyard bully.

For the "crime" of standing up for the right of refugee claimants to receive health care.

And I quoted this paragraph from a column by Carol Goar, that summed up what he has become.

Only to see today that Alexander has gone after Goar...

When if he had any decency left he should have just STFU.

Because Goar is a very respectable and decent journalist. His callous behaviour has been denounced by Canadian doctors.

Most Canadians would not consider depriving sick children or pregnant women of health care, or anyone else in need for that matter, as consistent with our values, nor would we likely characterize adequate and necessary health care coverage as an unaffordable luxury, which seems to be the government’s perspective. Instead, most Canadians consider universal health care a right deeply ingrained in our culture.

Who are standing up for sick people AND our precious Canadian values.

And Alexander is just a shabby Con stooge, who would let himself be walked like a dog monkey by the likes of Jason Kenney... 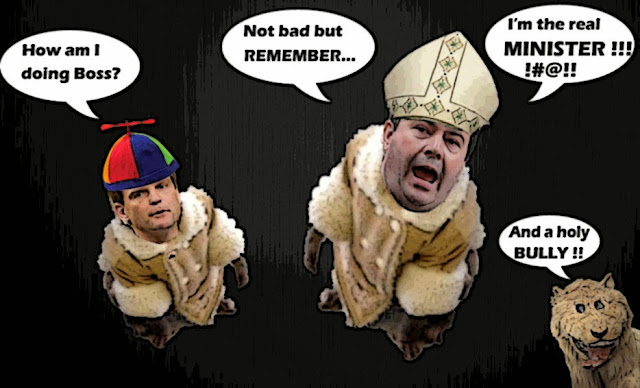 And is now playing with xenophobia, and morphing into yet another Con bully.

Like the ghastly Julian Fantino, who was accused today of beating up on veterans.

Veterans who were in Ottawa to lobby against the closing of their regional offices left a brief, emotional meeting Tuesday with Veterans Affairs Minister Julian Fantino visibly frustrated and saying they were disrespected.

Ron Clarke, a 36-year veteran of the Forces, said the meeting was "unbelievable, unacceptable and shameful. The way we were treated is just not kosher." He demanded that Fantino resign and said he would campaign "across Canada" against the Conservatives during the next election.

Daring to treat those who have served their country, in such a shabby manner.

Or the Minister of ANYTHING.

But like Alexander, is a faithful disciple of the man who brought the politics of personal destruction to Canada... 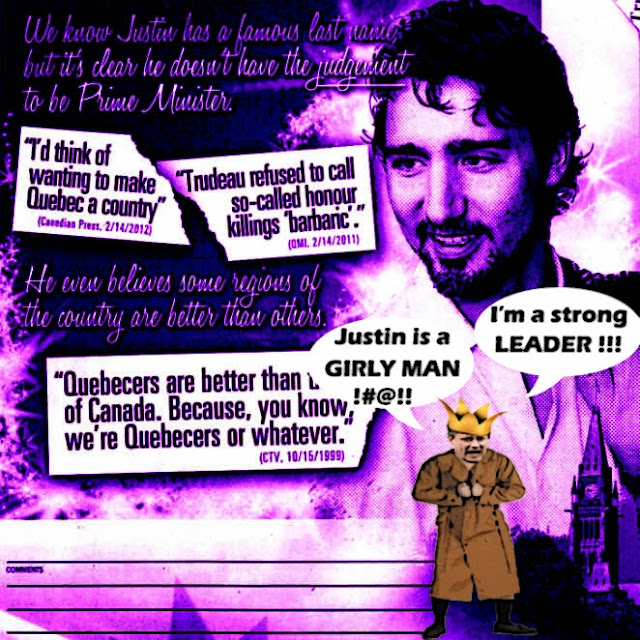 The Bully in Chief Stephen Harper. Who has tried to bully, smear, muzzle, and silence his opponents from the moment he came to power.

And you know when I look at him and the rest of them, or portray them as I feel they should be portrayed, I always ask myself the same question:

Who do those Cons think they are? Where did that pathetic collection of nerdy ideologues, right-wing kooks, religious fanatics and crass rednecks ever get the idea they could get away with pushing around people better than them?

What depth of delusion made those Con chihuahuas start thinking they were dobermans? Where on earth did those little monsters come from?

And now I think I know eh?

It was all a horrible mistake...

And now that we have established that those doberhuahuas are just freaks of nature.

I think it's only fair to warn those monstrous Cons how we intend to treat THEM in the next election campaign.

Because after eight long years of watching those bullies in action we've had enough.

So we will be hard to hold back...

Because enough is ENOUGH. And progressives have been far too gentle with those bullies for far too long.

Let's give those Cons a taste of their own medicine.

Let's fight them harder than ever.

And put this bully where he belongs... 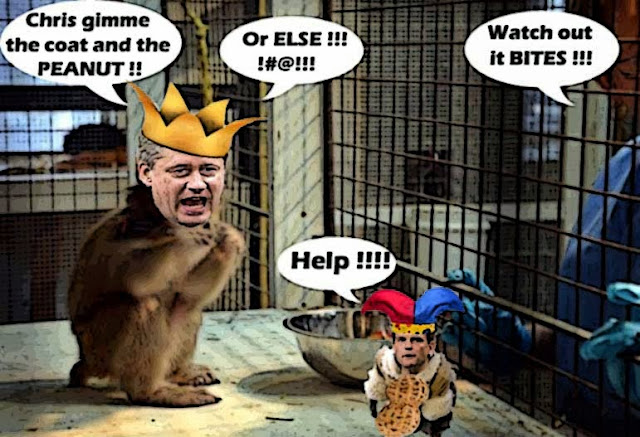 What I heard is other provinces too have made stop gap measures to avoid death or serious harm on their watch. Why they go after Ontario?

hi anon...this is not the only issue the Cons have used to attack Ontario recently. There are at least four recent examples, with Jim Flaherty also getting in on the act. And the resin is because they think an Ontario election is close, they want o destabilize the Liberal government, and make their man Tim Hudak the new Premier of Ontario. So he can do their dirty work for them by bringing in anti-union legislation. Great eh?

These money's are minuscule compared to con expenditures and the salaries spent on Canadians . I don't see any preferential treatment here. It's the Feds who control immigration. Let's send the least possible home in a box. Also plane boat train car you should have insurance if you want in. The government could sell it with a surcharge for the escapees. That's kinda dumb I know.

not monsters, made by the Alberta Oil Cartel that has been in charge in Alberta last 40 years, then they figured out how to take the rest of Canada