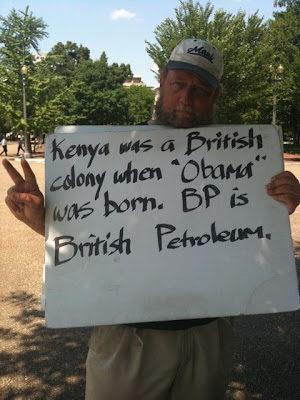 As you may know the United States is going through an...um...difficult period.

So I was not surprised to see this homophobic wingnut blame Iceland's volcanic eruption on gay marriage.

"And the fourth angel poured out his vial upon the sun; and power was given unto him to scorch men with fire. And men were scorched with great heat, and blasphemed the name of God, which hath power over these plagues: and they repented not to give him glory.

So now I want to know what the good people of Monroe, Ohio...the home of touchdown Jesus... have been up to... 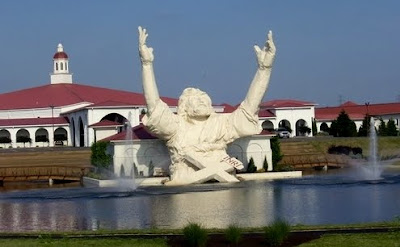 Because it must have been something really  WICKED. 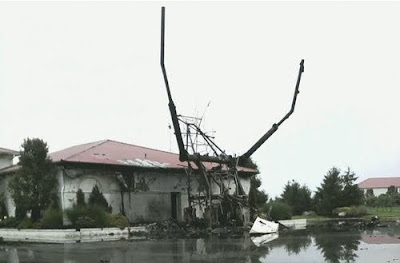 So what is that Christianist bigot going to say now?

I understand he's planning to star in his very own show.

Where he gets...um....blessed...over and over again. And then the roof caves in.

Golly. What can you say eh?

Dang, that is the cutest baby bear I have ever seen.

And what exactly is the d-bag with the t-bag sign trying to say? That Obama is British? What a knob.

God doesn't appreciate tacky renditions of Her and Her Son.

The tea used in America seems to have been mixed with some funny stuff. Maybe they have some homegrown stuff, the results of the King of Pots seeds mixed in with their BLACK assam.

hi Bina...yeah it's cute isn't it. I don't know what it sniffed, but my dog does the same thing, and in his case it's usually a mouldy piece opf pepperoni pizza. :)
As for the teabagger...goodness knows what the voices in his head are telling him, I just look at Amerika these days with my mouth wide open... :O

hi Torontonian...tacky is the right word.Who knew it was built of styrofoam. Mount Rushmore it ain't...:)

hi Ricky...Personally I believe their bizarre behaviour has something to do with the vestigial reptilian synaptic node in their brains...or syphilis.
However, I must say if it's true they are smoking up the good stuff...so there's less for the good guys...I'd be even more outraged... ;)