What the Cons Have Done to Our Country 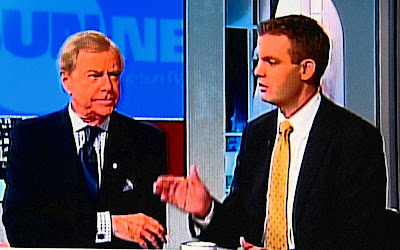 I wish everybody could have seen Don Newman  facing off against Kory Teneycke the other day. Because the old man was magnificent.

In a dignified and journalistically restrained way, it was both a call to action, and a lament for a country being lost. Just like this one from another grand old journalist.

Imagine a country that writes a covert manual on sabotaging Commons committees. That country is now this country.

Imagine a country dragging its climate change feet as the true north melts. That country is now this country.

Imagine a country that can spend $1.2 billion for summit security but can’t find the petty cash needed to invest in the status of women. That country is now this country.

Imagine a country where donut shop wisdom is more prized than expert analysis. That country is now this country.

Imagine a country where serving the Prime Minister as chief propagandist is job preparation for running a national news network. That country is now this country

Wow. What a powerful summation of what the Cons have done to our country. The massive, brutish, alien assault on Canada and its values.

Now imagine a country where progressives outnumber Cons more than two to one, but can't do anything to change the situation because they're too divided. Too busy fighting themselves.

And it's almost too much to bear.To look on helplessly as your country burns.

Thank you Mr Newman. Thank you Mr Travers. The younger generation salutes you for being so decent and so Canadian.

Because this country is OUR country. We can imagine or remember a more beautiful Canada. 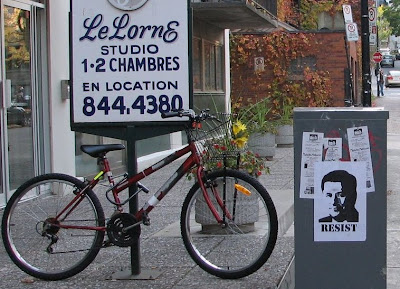 Don Newman is a class act.

That's why he's a journalist and not a scribbler like most of the right wing press.

Travers too is a class act. He's even won an award this year. It brought me hope, albeit temporarily, that he, and not one of the majority Harpercon media hacks won the award.

Travers in his article mentioned something else that makes the situation more dire, thus why the Liberals can't go too far left:

"Conservatives came to power knowing reluctant Canadians could only be shifted to the political right incrementally. That movement is now advancing according to the plan Conservative thinker, strategist and Stephen Harper mentor Tom Flanagan infuriated the Prime Minister by making public."

It's already happening; the center has already been pushed to the right and just waiting for that last hard shove to Steve's far right, just before the next election.

Is there anyway of preventing this from happening?

I also got the idea after reading Travers' article that he's given up.

Simon,
You and you hero Travers are part of lunatic fringe now.

You and your pack of idiots are a MINORITY.

Are you so simple that you forgot that frustrating (for you) reality?

hi Skinny Dipper...I don't think I've ever watched that movie, but knowing Quebecor, it isn't going to be a shiny futuristic network. Just a rather cheap looking one with a lot of reports out of places like Chicoutimi... :)

hi Torontonian... I agree Don Newman is a class act, and I must say I miss him a lot. Evan Solomon seems like a nice guy, but I much preferred Politics when the Donster was in charge. So I'm glad he still makes the occasional appearance on the show, and I greatly enjoyed his column on Fox News North. Especially the part when he reminded everyone that Korny has had this Amerikan fixation since 2003... :)

hi ck...yes James Travers is a class act, and that column is an absolute classic. Not only am I going to print it out and stick it on the fridge, but I hope to introduce it as evidence at the Cons Crimes Against Canada Trial. I plan to be in the front row... :)

hi anonymous...you can call me a member of the lunatic fringe if you want. But James Travers is a great journalist and a great Canadian so you should leave him out of it. I mean can you refute ANYTHING he said?
Right. I didn't think so. Have a nice day...

hi Thwap...thanks for pointing that out to anonymous. Not only are these Cons totalitarians, but they can't count either... ;)

But how? When we split our vote in three? :/

hi prin...the fact is we can't do it as long as the right is united, and progressives are divided. I realize this simple concept is still too hard for many Canadians to understand. But one day everybody will, and I'll be able to say see I told ya. Right now it's hard but one day I'm going to look like a GENIUS... ;)