Stephen Harper and the Iron Curtain 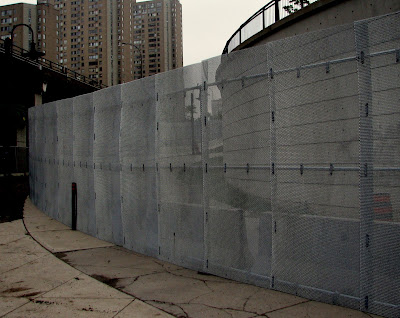 An Iron Curtain is going up in my neighbourhood.

All garbage cans and newspaper boxes anywhere near the G20 security zone have been removed. Shopkeepers are debating whether to board up their windows. All the roads in the area will be closed. Buses and streetcars won't be running.

My friend says his building manager has warned tenants not to even think about shopping for groceries during the summit because every bag will have to be examined...as many as THREE times.

Cellphones will be jammed. And everyone knows kite flying is verboten.

Just like it is in the Taliban held areas of Afghanistan. So naturally the main topic of conversation in the hood is not the inconvenience or the fake lake.

But the terrorists and the dirty bombs.

As a result, police and military forces are getting ready for everything from wayward black bears in the Muskokas to a radioactive dirty bomb in downtown Toronto.

And needless to say we're not too happy eh?

I mean who in their right mind would hold a summit in an area full of highrise buildings, where thousands and thousands of people live? 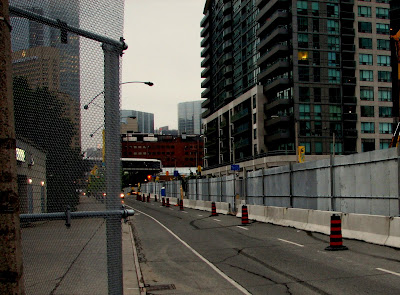 And what was Stephen Harper thinking?

His decision to spend a billion dollars on security and a fake lake is obscene. His decision to risk the safety of so many Canadians is practically CRIMINAL.

One way or another Harper and his incompetent fascist Cons are going to wear this one FOREVER. This klown summit is the beginning of the end of that ugly regime.

I've been confidently awaiting that blessed day for so long.

Perfect example of Harper creating fear so as to keep control. It's what he does best - fear & division. After all they are the "Law & Order Party". Scumbags.

hi penlan...yes he does like fear doesn't he? The city urged him to move the summit to the CNE grounds a few kilometres away. Not only would that have made it a lot safer, and a lot cheaper, it would be right next to the fake lake !!!
But no, the mad emperor had to make the wrong decision.
Golly. It's not that I'm paranoid or anything eh? But I can't help feeling he knows that I live here... ;)

Great! He probably CHOSE Toronto because he thought you were in in Montreal Simon:)

Harper doesn't like Toronto because we didn't elect any conservative MPs to the Commons.

This is what we get in return.

Mike Harris did the same type of thing during his years in office.
We're still trying to get over Harris and now we have Harper!

Can't see the back of him soon enough!

hi WILLY...what are are you saying?
Stephen Harper didn't want to risk my life because he's secretly in love with me ???? OMG. The dishonour.The shame. I think I'm going to have to drown myself in that lake. If that's possible. Because although it's very expensive I hear it's quite shallow. Or maybe I'll just change the blog's name to Calgary Simon. Because that'll really confuse him...;)

hi Torontonian...As you know I already disliked Harper quite a lot. But the other day when I went to a park, and my doggy pooped, and I had to carry the steaming baggy in my hand for more than three blocks because they've taken all the garbage cans away. That was the day I finally realized how much I really hate him...:)