How About Those Liberal Democrats? 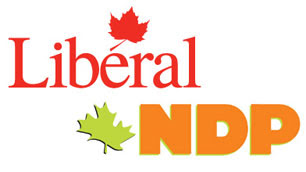 OMG. How much good news can I take in one day?

First this story made me feel like I could fly.

Then this story blew me away.

Senior insiders with the federal Liberals and New Democrats have been holding secret talks about the possibility of merging their parties to form a new entity to take on the Conservatives, CBC News has learned

The new party would possibly be named the Liberal Democrats and there has been tentative talk about what a shared platform would look like and an understanding that a race would be required to choose a new leader.

But of course it makes so much sense. Why should the Cons hold us hostage and rape our country with thirty-one percent of the vote?

When we can unite and crush them with forty-three percent, and drive them from power FOREVER.

Oh I know. I'm sure the idea of a merger will prove too shocking for some on our side. The old guard, the bag men, the cheap partisans, the Con collaborators. The ones who smell of mothballs and formaldehyde.

And I think we should probably concentrate on forming a coalition first, to hone our ability to compromise.

But I'm so glad some in both parties are talking about it. Because it is also an idea whose time WILL  come.

And in a young country which sometimes appears so old and tired, I do believe that many Canadians... especially younger ones... are ready for something new and different.

Almost as much as Stephen Harper must hate it. 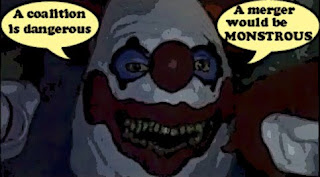 Can you imagine how that twisted monster must be feeling tonight?

First he tries to demonize the idea of a coalition and Canadians tell him to go screw himself.

Now he'll be waddling after the idea of a merger trying to screw it as well.

And looking as ridiculous as this poor little guy...

After the long and depressing night of the soul, it's finally morning in Canada.

And EVERYTHING seems possible.... 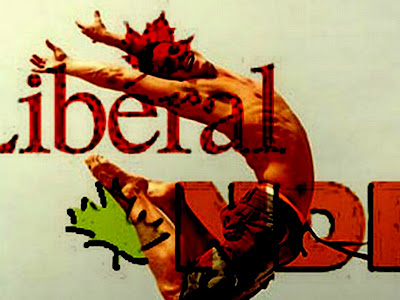 Depends who's the head. Layton has my vote. If it's Iggy? Um... I'd probably have no choice but to vote Bloc...

The anglo in me just cringed writing that.

MERGE!!!
Harper took the Progressive out of Conservatives in the merge with the Reformists.

Can Jack Layton be that bad of a leader that people need to talk about a merger? I'm not saying that he is an A+ leader. I do think he is much better than the Liberal's IgnatieF.

Your blog rules. I found it by typing "Is Sarah Palin the Antichrist" into Google.

I'm a US liberal. Always nice to hear from my Canadian brethren.

Sounds like some interesting stuff happening up there. Permanent electoral marginalization of conservatives? Heaven really is a place on earth!

Why does this King Canute story remind me of Harper?

looks like the leaders are packing away the Merger talk. I just hope they come to a truce for an election. I am willing to focus on the Harpercons and smile when I see a Liberal, if they can play ball.

hi prin...well of course I can't say which leader I would prefer because I'm officially neutral. Ahem ;)
But if the two parties can't come together at least in a coalition, and I could vote for the Bloc, I definitely would...

hi Oemissions...I would like to see a wider merger than that, a new party Greens and even Bloquistes could join. But even I know that right now that would be practically impossible, so I'll settle for a coalition...

hi Skinny Dipper...no Jack is not a bad leader. And definitely better than Ignatieff. But whose to say who should be the chief and whose to be the deputy? ;)

hi Immanent Universal...I'm glad you like my little blog. And that you read my warning about the Anti-Christ... ;)
And yes we liberals in both countries must stick together.
The permanent marginalization of the conservatives is a dream worth sharing... :)

You are the greatest man that ever lived," one would say.

"Great Canute, you are the monarch of all," another would sing. "Nothing in this world dares to disobey you."

Except that Canute was eminently sane.

And Harper is completely CRAZY... :)

hi Ricky...yes that didn't last long did it?

I'll be writing something about that soon.

But in the meantime...

I am willing to focus on the Harpercons and smile when I see a Liberal, if they can play ball.