Trump, Canada's Cons, and the Depravity of Climate Change Denial 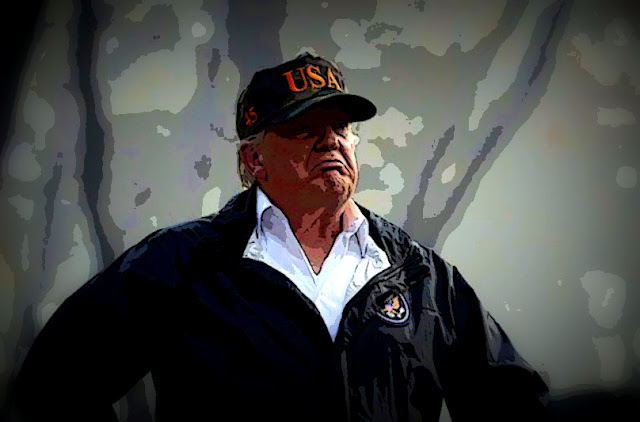 Donald Trump has been in a bit of a funk recently, ever since the Democrats wiped out his House majority. It seems he can't stand any more bad news.

So it's hardly surprising that he would try to bury a climate change report produced by his own government. By releasing it on Black Friday the day after Thanksgiving.

And claiming he didn't believe it.

But unfortunately for Trump it's not that simple. 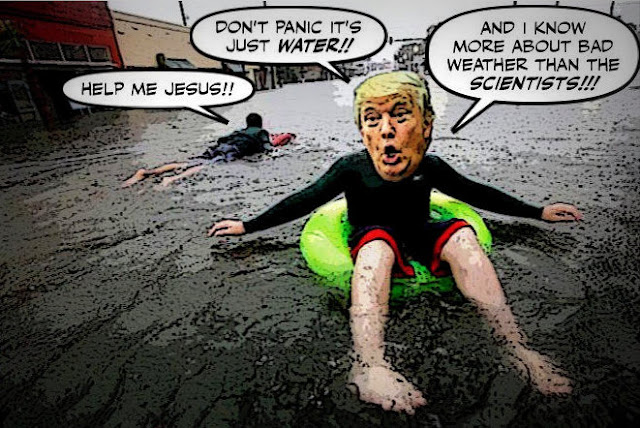 And he's no genius

Climate change change will catch up to him no matter how hard Trump tries to bury the evidence.

Already, the nation is seeing “intensifying droughts, increasing heavy downpours, reducing snowpack,” as well as “declines in surface water quality.” Without a course change, increasingly depleted groundwater, rising seas and other effects will make it more difficult to farm and provide enough water for large cities.

Foodborne and waterborne diseases will spread. Disease-carrying ticks and mosquitoes will be more common. Extreme heat will cause more deaths. Wildfires and insect infestations will overwhelm U.S. forests. Sea ice will melt and coral reef ecosystems will dissolve. Power outages and fuel shortages will be more frequent. Roads and bridges will swamp. Pipelines will become unsafe. Waterside property will be increasingly unusable. Fisheries will dwindle.

And denying what cannot be denied is, as Paul Krugman writes, nothing less than depravity.

There are almost no good-faith climate-change deniers. And denying science for profit, political advantage or ego satisfaction is not O.K.; when failure to act on the science may have terrible consequences, denial is, as I said, depraved.

The Republicans are on the wrong side of history.

In practice, you can’t be a modern Republican in good standing unless you deny the reality of global warming, assert that it has natural causes or insist that nothing can be done about it without destroying the economy. You also have to either accept or acquiesce in wild claims that the overwhelming evidence for climate change is a hoax, that it has been fabricated by a vast global conspiracy of scientists.

They are bad people.

While Donald Trump is a prime example of the depravity of climate denial, this is an issue on which his whole party went over to the dark side years ago. Republicans don’t just have bad ideas; at this point, they are, necessarily, bad people.

And of course in Canada, so are these grubby Con climate change deniers... 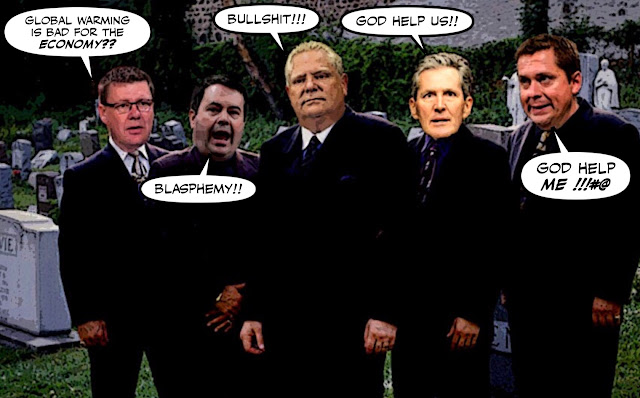 There is no difference between the Republican and Con Trumplings.

They are equally depraved.

And they can scream all they want.

While I have no love for the Detroit automakers and GM in particular after having seen Michael Moore's Roger & Me, it should be noted that part of their "restructuring" program is a transition to electric vehicles. The defective Ford's cancellation of EV incentives undoubtedly played a role in chasing them out of, well, Dodge. Nobody wants Oilberta's dirty tar either, any more than Trump's clean coal aka fossilized bullshit. Green innovation is the wave of the future, and not taking action is what's bad for the economy and the life forms that comprise it. But I'm sure Doug, Jason, Andy and Donnie know more than science-geek eggheads and "ivory tower" Nobel-laureate economists, and can put their stable-genius brains together to explain the Chinese hoax theory of ecological disaster and an alternative plan to Make the Anthropocene Great Again. Soylent Green is For the People!

Cons and their inbred GOP cousins can scream and dog-whistle all they want about "globalists" and foment conspiracy theories about "transfers of wealth" and how "green is the new red." But the fact of the matter is we all have just one pale blue dot (Carl Sagan, PBUH) to share, and failing to tackle this crisis effectively will mean not just an economic meltdown and more waves of desperate refugees, but the slow and painful death of us all. So much for the "pro-life" party.

It seems that GM has fired the first shot at climate deniers by announcing US and Canadian factory closures on the basis that autonomous and electric cars lead by China are the way of the future. Its unclear at this point whether its a ploy to protect the traditional manufacturing base by forcing high tariffs or is a cry for help in developing US manufacturing expertise and capability in electrics. Hopefully it is the latter and the slower voters influenced by Petro and Con bullshit will finally start to realize that the green movement is about creating jobs and not killing them. Perhaps its too much to hope for from a car industry that traditionally has been stuck in the past. Dougie seems pretty shaken up, wonder how the Fantastic 5 are going to blame this on carbon tax.
RT

There will be a special place in hell for the charlatans who fought against saving humanity and most of the planet's life forms.

Check out one such feller on the premier episode my podcast at www.idiotorcharlatan.com

Just saying. If you love Simon, I think you may at least like it!

In terms of electric vehicles we in North America are so far behind the Chinese we can barely see their tail lights.

The city of Shenzhen (city of about 12.5 million just north of Hong Kong has a 100% electric bus fleet. That is only about 16,000 buses. All the 13,000 taxis should be electric by the end of the year. https://www.scmp.com/business/china-business/article/2169709/shenzhens-all-electric-bus-fleet-worlds-first-comes-massive.

It looks like GM is facing reality and the old internal combustion and diesel technologies will be going the way of the dodo. It may be that it is too difficult to retrofit current GM plants and they plan to go with new plants. Also, as I understand it, an electric car's motor and drive train is total simplicity compared to a IC or Diesel vehicle and that seems to imply a need for fewer employees.

I think we can be fairly sure that Ford and Trump are way too ignorant and dumb to figure this out.

Don't forget the added bonus that partnership with China in this venture together with improved unobstructed access to their expertise in the area of labour relations, a difficult impediment the dealing with of which has confounded US automakers since the inception of the industry, will provide a model that when imitated may finally enable American job creators in all manufacturing sectors to escape from the most enduring hindrance to wealth creation with which they've been forced to contend. Freedom at last!

It's another win-win. Congratulations to all.

Tesla has many advantages. As you say above the factories where built to make electric cars. The efficacy of a ICE engine is about 20%, an electric engine 98%. We have been sold snake oil for a hundred years. No matter how you do the math it made no sense to have ice cars. Tesla has no dealer network to support, because basically you change the tires.