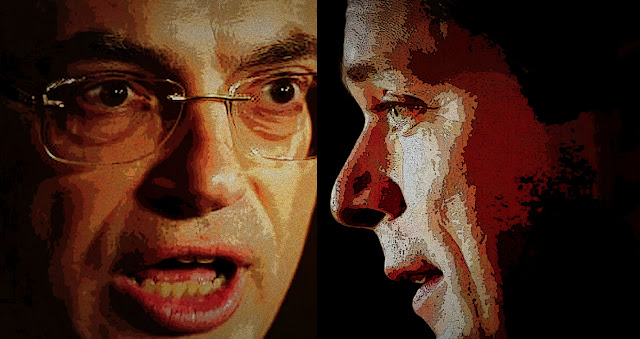 Ever since the Tony Clement sex scandal became public, questions have been asked about Andrew Scheer's role in that tawdry affair.

How long did he know that Clement was bothering women? And why did he hesitate  to throw him out of the caucus?

Scheer says he believed him when he said it was just a one off affair, a terrible mistake etc etc.

But it seems at least one well known Con finds that claim outrageous. 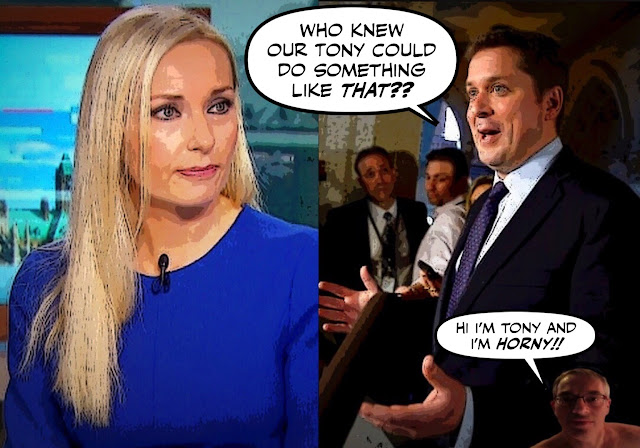 Alise Mills says everybody knew that Clement was a serial sexter, and Scheer should have booted him out of the caucus right away.

Conservative Leader Andrew Scheer shouldn't have taken Tony Clement at his word that he'd only been involved in one improper online exchange, a prominent conservative political consultant says.

Alise Mills, a communications strategist and senior associate with the firm Sussex Strategy, said Friday that it made her very angry to think it was ever believable Clement hadn't crossed the line more than once, either online or in person.

People in the Conservative party knew that Clement would frequent women's social-media pages far more than other politicians, registering "likes" of their photos and sending them messages, she said.

"Like, how stupid do you think we are?" Mills said in an interview with The Canadian Press, adding that the Conservatives should have kicked Clement out of the Tory caucus right away.

If you want to hear Alise Mills in her own words, you can listen to her here...


And the burning question is, why didn't Scheer do what decency demanded?

Or since Clement was on a top security intelligence committee, do what what the safety of this country demanded.

How many young women does it take to get his attention?

Has it got anything to do with the contempt he has for women's rights? 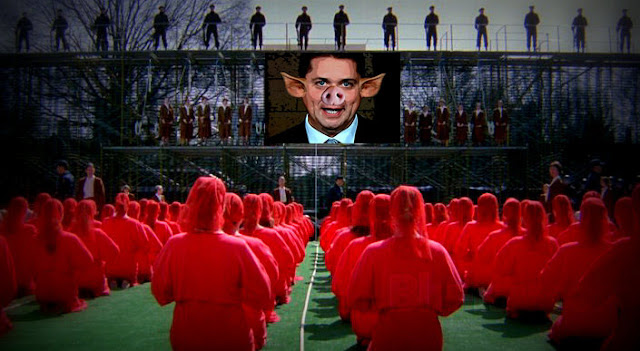 Or is just more of the same filth by the same Cons who would bring you this latest attack ad? 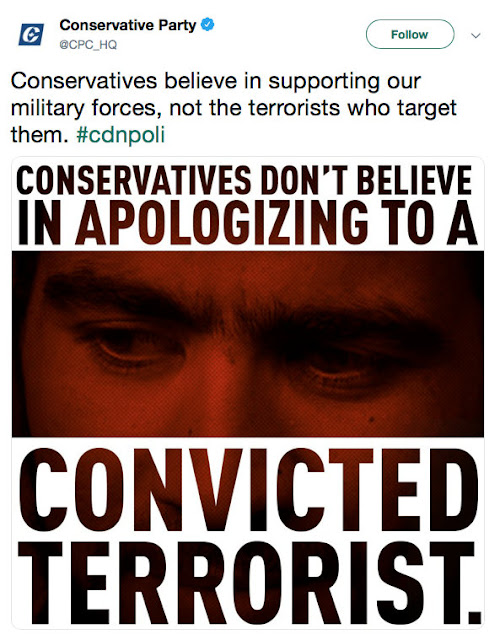 On the day before Remembrance Day?

Ask yourself, is this the kind of ad a Canadian political party should be sending out?

One that suggests that Justin Trudeau and his Liberals are terrorist sympathizers?

Even if that could incite violence against them?

And the answer is of course not.

It's nothing more than political pornography, and Andrew Scheer should be ashamed of himself... 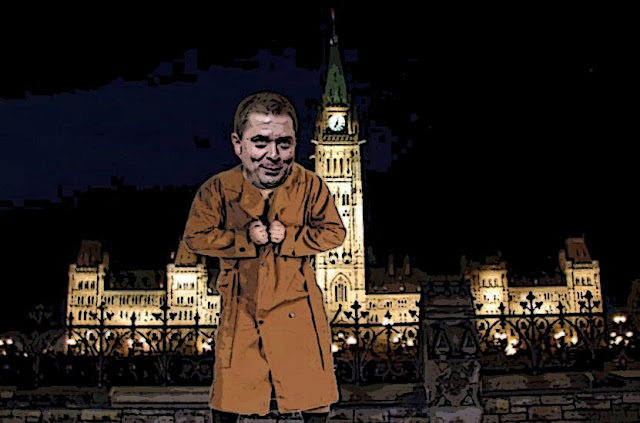 But then him and his Cons are no longer a real Canadian party. They stopped being one a long time ago.

Stephen Harper made them in his own image, and taught them that winning is everything. Now for many of them, the vulgar misogynist Donald Trump is their hero.

And this country will not be safe and clean, until the day they are defeated.

And can't corrupt this country any longer...

Once again, rightwing hypocrites projecting more than an IMAX theater showing movies on the surface of the moon. "But his emails!"

I don't ever want to hear them hemming and hawing about Justin's selfies or the Kokanee face brush again. People in glass gazebos really shouldn't throw stones.

I have never had any time for Alise Mills, the Harperite pit bull. But if what she says about the situation on Parliament Hill is true it’s absolutely shocking. No wonder the Cons behave like hooligans in Question Period. Has it always been this way, or is it one more legacy of the Harper years?

That new attack ad is horrifying. It’s made to look like it could be Omar Khadr or Justin Trudeau. As you say Simon, the Cons are no longer a Canadian party. Shame on them.

The terrorist attack ad is just more lying propaganda. Trudeau did not personally apologize, it was the government of Canada that apologized based on an unanimous decision rendered by the supreme court. Sure if the Cons were in power they could have burnt more taxpayer dollars and dragged it out while fueling the flames of prejudice and in the end blamed the supreme court for the settlement. A win win for the Cons as it would have energized the base and weakened the supreme court whose role is to protect the rights of all Canadians from abusive governments. Harper's long term goal was to destroy or politicize the supreme court for their own personal gain and yet some Canadians continue to support them thinking that these clowns will do their bidding once their rights have been confiscated. Let the fools rush in!
Supreme Court findings and link to one of the articles on this subject.

The [Supreme Court of Canada] did hold, in a full-bench unanimous decision, that Mr. Khadr's constitutional rights to "life, liberty and security of the person" were violated.

The court also indicated the "proper remedy" is a declaration that his charter rights were infringed, but specifically held back from stating how that remedial declaration should be dealt with: "leaving the government a measure of discretion in deciding how best to respond."

The court did go on to say that "through the conduct of Canadian officials …Canada actively [acted] contrary to … international human rights obligations."
https://www.cbc.ca/news/politics/omar-khadr-legal-analysis-aaron-wherry-1.4199409

On one hand I haven't stopped laughing since the "sextting scandal" broke. The family values party, the religious party and there we are, a former cabinet minister sextting. guess we can figure out why they act the way they do given their attitudes towards women.

it would be interesting to know when Tony the textter started with his hobby. Was it when he was a cabinet minister, or did the loss of his cabinet post make him do it A married man yet. OMG,

The ad is simply to deflect from the Conservatives real problem of tony and his sextting. the Conservative ad is in bad taste especially when its a lie. of course Cons are good a lying, we saw what Tony did, he lied. yes, it only happened once. Scheer has clearly demonstrated he has lack integrity and good judgement and needs to be replaced by a new party leader.

Hi Jackie....you 're right, they really are hypocrites. Scheer is running around posing as a crime buster while trying to cover up Clement's creepy behaviour. And yes, how different their reaction would be if it had been a Liberal...

Hi anon....I am not a big fan of Alise Mills either, but like you I found what she had to say shocking. We have had hints that Parliament Hill is a bit of a pig sty, but if women are being harassed as Mills says they are it's a real scandal, and all parties need to cooperate to clean up that pig sty...

Hi anon...I'm glad that you feel like I do about that ad. As I said on Twitter,, if we normalize hate mongering garbage like that, we will wake up one day in a country we don't recognize...

Hi RT....I wrote dozens of posts defending Omar Khadr and denouncing the way this country was treating a child soldier. So to see the Cons dredging up that case in such a sleazy manner absolutely disgusts me. The Khadr case was a hideous stain on Canada's human right's record, and the sooner we get beyond it the batter....

Hi e.a.f...Don't spend any time mourning the Cons because they're not going anywhere, and they could still win the next election. They may not be a Canadian party, but if Doug Ford's Trumplings could win a majority anything is possible...