The Hairy Question: Why Was Margaret Atwood Censored By the National Post? 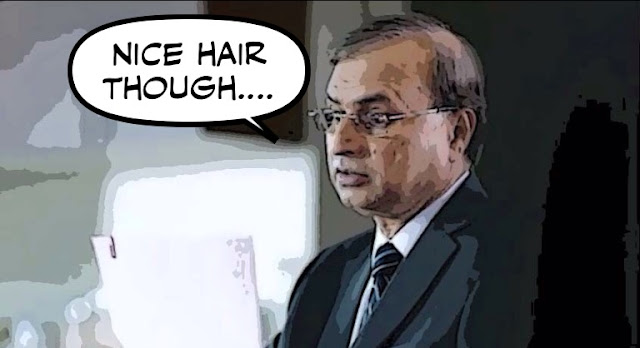 We've all seen this absurd clip in that ghastly Con attack ad at least a thousand times. For there is no escaping it.

And if you're like me you have no doubt wondered what it has to do with Justin Trudeau's qualifications to be Prime Minister.

And whether it's just another hideous attempt to undermine Justin's masculinity.

But who could imagine that the distinguished writer Margaret Atwood could write a column about that hairy question, and be censored by the National Post? 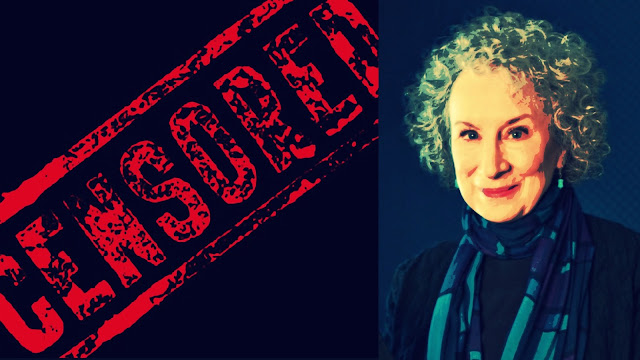 A renowned Canadian author of books that delve deep into themes of power and authority on Friday found herself questioning whether she had herself been censored – over a column light as hair.

The column appeared briefly on the National Post website before being removed. An edited version of the column reappeared on the site later Friday evening.

Leaving us to wonder, at least for a while, whether the Post censors were troubled by Atwood's gentle poke at Stephen Harper's vanity.

Of the three national male leaders, which one travels with a personal grooming assistant – lavishly paid for in whole or in part by you, gentle taxpayer – so that none of his hairs will ever be out of place, supposing they are indeed his and not a wig, as some have supposed? (Hint: Initials are S.H.)

Even though, as we all know, there is no vainer leader... 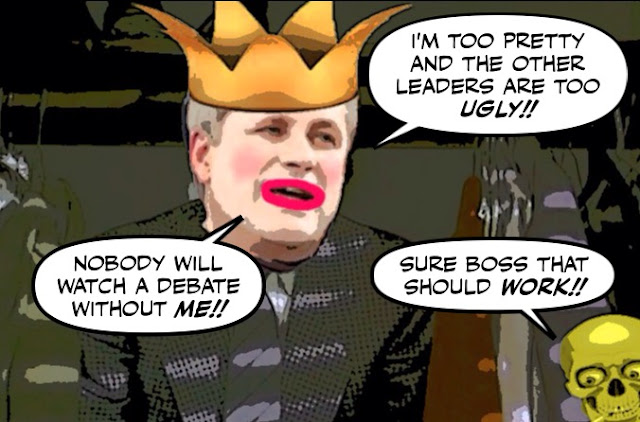 And then later, leaving us to wonder why in the republished version the words in red were removed.

Don’t go there, Cons! Because then we’ll all start thinking about “hiding.” Why is Harper still coyly hiding the two-million-dollar donors to his party leadership race? Don’t we have a right to know who put him in there? Who’s he working for, them or us?

Why is he hiding what he knew about the Duffy cover-up, and when he knew it? He’s given four mutually exclusive answers so far. Is there a hidden real answer?

I must admit I have no idea why some ink stained wretch at the National Post would dare to censor the words of one of Canada's greatest writers. When every one of them is true, and the questions they removed are ones that need to be asked.

But this from Canadaland's Jesse Brown does seem to make sense:


There are some rich and powerful people in this country who would probably rather not remind Canadians that Stephen Harper and his Cons work for them.

But at the end of the day the great lady seemed satisfied. For now...


OK, that was tiring for a gnarly old biddy like me. Will delve further into #hairgate in the morning, no doubt.
— Margaret E. Atwood (@MargaretAtwood) August 22, 2015


And all I can say is may her Canadian spirit endure. 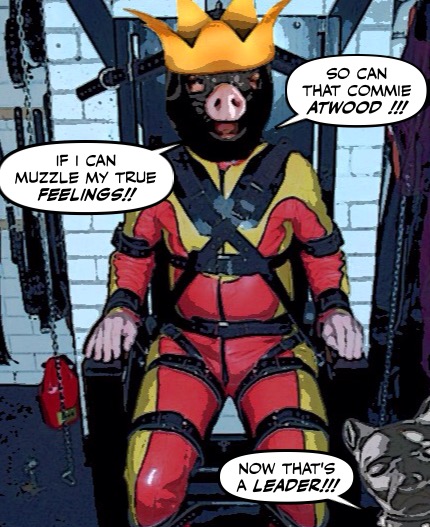 I want to know the names of the "actors" in the Con attack ad. But I think the oldest person in the ad IS a legit actor.

Well they let Andrew Coyne publish his article. perhaps its just that she's a girl and he's a boy and she isn't supposed to criticise a boy????

Oh, wait perhaps Steve's masters have been convinced he is actually Queen of Canada and therefore not to be criticised about such minor things, or perhaps they think he has been elevated to a god like position. Who knows with masters these days.

I do hope that doesn't break any of Bill C-51's new laws. Turns out the new citizenship act says some of us can be deported. Oh, well the neighbourhood was getting bad anyhow.

Well, who WAS that two-million dollar donor to Harper's "leadership" race?

Thirty+ years ago Karlheinz Schreiber is reported to have clinched it for Brian Mulroney. If I understood correctly, he channeled monies from German donors connected to the equally corrupt CSU to send fly in a 747 full of extra delegates to the convention. Never heard the end of that story.

What was the deal this time?

Why on Earth would Margaret Atwood stoop so low as to write for the National Embarrassment? Says more about her than the Post......

I was under the impression that the public was no longer being billed for expenses related to Harper's personal stylist.

"It turns out the personal stylist employed by Prime Minister Stephen Harper to primp him for public appearances is now on the payroll of the Conservative Party, not taxpayers."

I realize that, since those party funds are derived from donations that are supported by tax credits, the question remains as to public perception of the legitimacy of this arrangement.

We'll have to run it by Senator Gerstein and see if we're good-to-go.

It's more than obvious now that the National Post, like Fox News, gets its marching orders from the top. This dovetails nicely with Coyne's recent hang-wringing about the mean things the liberal media is writing about Harper.

I seem to recall that, when Lord Black came crawling back to this country after suffering the setbacks that had put his Anglo-American ambitions on hold, Ms. Atwood could be observed tripping over Moses Znaimer to get to the head of the receiving line.

Members of the glitterati and national treasures have reasons for selecting and rejecting personal associations that are beyond the understanding of the general masses and particularly, as Lord Black would likely point out, beyond that of the uncomprehending left.