The Killing of Dakota Hunter 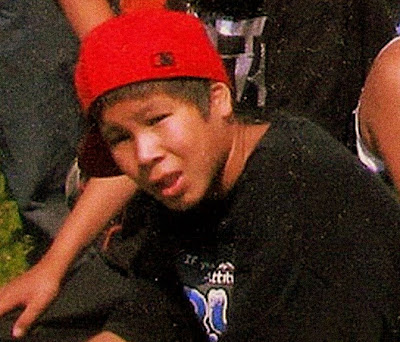 Something about this sad horrible story really bothers me.

Not just the cowardly bullies, or the bestial violence that left Dakota Hunter's body unrecognizable.

Hunter was profiled by CBC News four years ago when he started taking taekwondo lessons to deal with bullies. But after his story aired, his situation changed, the CBC's Mychaylo Prystupa reported. The bullying got worse and Hunter quit martial arts.

The poor gentle kid tried to protect himself and boost his self esteem. But after his struggle became public the bullying only got worse. And in the end they killed him.

And I'm left with a hard question for which I have no answer. If bullied children can't tell their own stories, how will Canadians ever care enough to do more to help them? 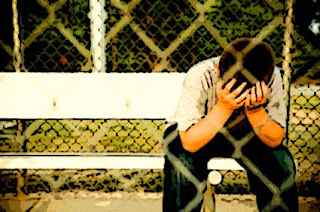 Because bullying is a real problem that too many Canadians don't take seriously enough. Which is a big mistake. One out of every four bullies goes on to have problems with violence. So if we don't stop them in the schools they'll come back to haunt us later.

The kids can do their part by picking up the phone.

And breaking the silence.

But after that it's up to EVERYONE to take action. And make sure that those bully stories get told.

Because right now there are too many Canadian kids silently screaming for help.

And not enough Canadians doing anything to save them...
Posted by Simon at 2:21 AM

The key to bullying is/are the bystanders, as bystanders can either abet (be watchers, remain silent and thus condoning, do nothing) or intervene (stand in solidarity, tell trusting adults and so on). Intervening can also be dangerous, make no mistake.
In a wider sense, the community and the wider community can be abetters. So we ignore other problems on reserves or do not provide the needed help and thus create situations, through our collective neglect or ignorance, to set the context for victimization.

There is an online memorial set up for Dakota Hunter. I encourage you to leave 'Flowers and a Note' to Dakota, his family and friends. This is a very difficult time for them and you thoughts are deeply appreciated. Thank you to all.

I found myself last night wondering if Dakota's courage in being profiled by the CBC may have contributed to the violence which eventually killed him. There may not be a direct link - I certainly don't mean to 'blame the victim' in any way - I just hope this horrible violence does not deter other victims of bullying from coming forward. It would be a fitting memorial for a program to be established along the lines of the Mathew Shepard Foundation.

hi Jan...yes I agree with you bystanders are key. I saw a pretty good Canadian anti-bullying ad along those lines.
And I didn't say it but of course the situation in First Nations communities is even more desperate.
There aren't enough resources to deal with the problem in the rich south so I can only imagine how inadequate they are up there.
It's a disgrace and a tragedy...

hi Memory Torch...thanks for that. It's a very nice memorial. It sounds like Dakota was a really decent kid.That's why the bullies killed him I guess. Because he was so much better than them...

Hi Kenn...yes that's what jumped out at me. That publicizing a bullied kid's ordeal could make things worse for him or her. I guess I never thought of that, because it's so horrible. But actually we need to let people know what a problem bullying is so they can do more to stop it.
Because, as you know, silence is death...

I pulled up to school yesteday to see our little guy lying on the ground being kicked full-on by a classmate. Just playin'...

Other adults on the playground were letting this happen - because she's a girl, she does that all the time, and it's just play.

When I told her to stop, scolded her that that was unacceptable, never okay, and that if our guy did the same thing to her, he would be in huge trouble, she was the offended party. Adults walked away, upset with me for "making a scene".

Three weeks ago on YouTube, video of this same scene - a white girl kicking a Native man on the ground in Anchorage, Alaska.

THIS is where it starts...

hi anonymous...I can't even imagine what it would be like to see my own child be bullied. And good for you for "making a scene."
Too many people in this country have forgotten what it's like to be a child, and think that bullying is something you just grow out of.
When in fact it can scar children, make school hell instead of a learning experience.
You should be proud of yourself, and those other adults should be ashamed...

Dakota is more then a good man... He is a great man... We miss him very much but we know he is in our heart... He is our little brother... He never liked gangs or bullies.... But because of these pussies... Yea you heard me pussies... They(gangs) had to get other kid to do their dirty work... They are the worst of the worst... KIDS YOU EVER JOIN A GANG remeber they are only using you... They are not a family... They are slave traitors... They are scared to do their own work... They get young guys or girls... To do their job... Sorry for my rant

HEllo. This is a very nice memorial of Dakota. I knew him. I live in Nelson House. His home town. My name is Samantha. Umm i just wanted to add a couple of things to this. He was killed just because the 2 gang members which were his friends. AND ONE WAS HIS CLOSE FRIEND. were too drunk and wanting to fight, They ran into dakota after he left his girlfriend and was going home. They beat him to death beucase he was wearing the colour RED and didnt want to take it off. So innocent kind dakota who spent all of his time playing games and talking to his girlfriend on the phone. was killed just becauase he was wearing red. And one of the accused who has been charged with second degree murder was his CLOSE FRIEND. The other was his friend too. he was charged with second degree murder.

Excellent article with a lot of fantastic written content! I reckon that you may be on the right way. All the best .

Beneficial content! Tends to make full reason. Not to mention was straightforward as well.