Another Reason Why Our Medicare is Better 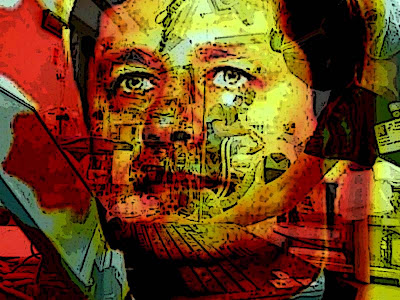 When the media finally asks Stephen Harper why Canadians should trust him with medicare.

When he spent 15 years trying to destroy it. And he refuses to defend it now.

Maybe they should point out this story.

Research released this week in the American Journal of Public Health estimates that 45,000 deaths per year in the United States are associated with the lack of health insurance.

And if that's not sickening enough...

The ranks of the uninsured have grown, according to the U.S. Census Bureau. It says the number of Americans without health insurance rose to 46.3 million last year, up from 45.7 million in 2007.

So how many people die each year in Canada because they can't afford insurance?

Exactly. We win. They LOSE. Forty five thousand to zero.

This Canadian knows that.

As Canadian citizens, we all pay for this incredible privilege of universal health care through our taxes, which are slightly higher than in the US. But I think about those MasterCard commercials from a few years back – "Piece of mind knowing that you and your family will never be financially ruined by health care bills? Priceless." There was a long, hard political fight for universal health care in Canada. Man, was it worth it.

So why doesn't Stephen Harper? Don't let him destroy our beautiful human system....or ship you out in a body bag. 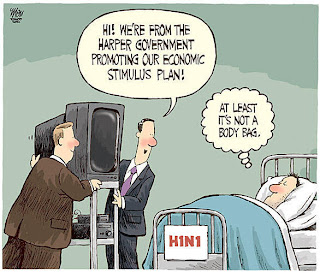 Get rid of him instead.

Stephen Harper is a political hack. In a way, we're lucky that he has a tough time controlling his monomania. If he was a bit better at it, he might have had his majority. *shudders* As it is, he shows his contempt for the values most Canadians hold both through what he says and does, and through what he does not say or do, and I'm glad that most of us can see that.

This next is off-topic for this post, but it will be of great interest to you. Two gay men in Utah were attacked in their own home, savagely beaten, and one of them was arrested on false charges of kidnapping.

If one considers the premium that the Americans have to pay for their coverage, are our taxes really higher?

Which one? We have at least fifteen. One for each province and territory, and at least one for the armed forces, one for the bureau of Indian Affairs (I think, though they might fall under their local provincial/territorial plan instead), and possibly a few more. And not all of them are free.

Sure the US system is a complete mess, but are/is ours really better? Or do we have health care systems that are badly flawed in a different manner from those of the Americans?

hi Evan...yes I agree that Harper's personality has prevented the Conservatives from getting a majority. *shudder* But I fear that people are getting accustomed to him, and forget that if he ever got that majority he's be quite a different person. Familiarity may breed contempt, but it can also breed complacency.
As for that other story I saw it. The savagery and cowardice of these crazy homophobes never ceases to disgust me...

hi anonymous...yes good point. I do believe medicare can be defended on financial grounds alone. But it's the moral dimension that moves me the most.
Some of the horror stories I read about our neighbours being forced to suffer or die because they don't have enough money make me really angry.
For me healthcare is a human right.Period. And I won't settle for anything less...

Hi Benjamin...come on now please. Our system may not be perfect but its infinitely better than the one in the U.S. Lets forget the purely medical statistics just for a moment. What is often overlooked is the fear and the helplessness that the American system causes. Even if you are insured you can never be sure that your insurance company isn't going to find some excuse to screw you out of your benefits.
It's bad enough being sick, but having to worry about being wiped out financially as so many people are is simply inhuman.
Also while it's true that healthcare is a provincial responsibility, the provinces depend on federal transfer payments. And since Harper has spent his whole life fighting medicare along with the NCC, can we honestly trust him when he says that he won't squeeze the provinces by reducing those transfer payments?
Maybe you eh? :)
But not me...