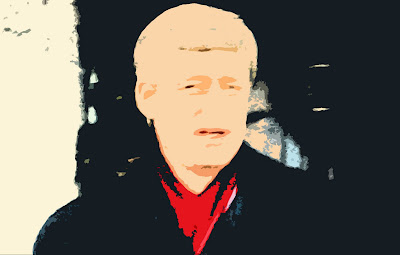 At the end of Stephen Harper's triumphal news conference outside the Governor General's palace, there was an extraordinary moment that most English Canadians probably missed.

Instead of leaving the podium Stephen Harper turned to the media and begged for more questions in French. And I mean BEGGED. As if he knew the damage he had done to his party by attacking Quebecers like a rabid animal.

But is it too late for Canada?

Over all, the Conservative Party remains at the top of the standings with 45-per-cent support if an election were held today. The Liberals come far behind in second place at 24 per cent, with the NDP at 14 per cent.

The Conservatives are even stronger outside of Quebec, getting the support of 53 per cent of respondents in the nine primarily English-speaking provinces.

In Quebec, however, the Conservative Party garners only 18-per-cent support, which is four points lower than its disappointing Oct. 14 election result. The Liberals are holding relatively steady at 23 per cent, while the Bloc is up three points at 41 per cent.

The gap between the two solitudes has never seemed greater.

And the most disturbing question is did Harper's rabid attacks on Quebecers/separatists WORK? Did they push him into majority territory? And if they did does anyone doubt he will do it again?

And if he does, now that English Canada and Quebec are starting to resemble separate planets.

And there is now a new fault line in the country.

In Ontario, full-time workers and men 25 and over were most affected. The provincial unemployment rate jumped to 7.1 per cent in November from 6.5 per cent in October.
Ontario's rate is now on par with Quebec's.

All provinces east of Quebec have higher rates, while all the provinces west of Ontario have a rate under five per cent.

And it's quite clear that while Great Ugly Leader has been bending backwards to blow Big Oil in Alberta, he is letting Eastern Canada's industrial base wither away. First he damaged it by doing nothing to soften the impact of our high dollar. Now he's killing it by doing nothing.

So people in Quebec and Ontario might be forgiven for feeling that he is waging economic warfare against them.

Now try to imagine how bad it could be in the darkness of February, and ask yourself what does all of this mean for the future of Canada? If the East starts to go after the West like the West ...read Alberta...has always gone after the East.

Answer: really bad as in ugly, desperate and DANGEROUS.

I have always believed that Stephen Harper's crazy ideology will end up tearing this country apart. And that's what he really wants so his Cons can RULE what is left of Canada.

So that's why I believe that only the Coalition for Change can save our country now. And I support it with all my heart.

It's time to put cheap politics aside, build a coalition that can reach out to Quebec AND the moderates in the West.

And destroy this evil Con monster.

Before he destroys Canada...

One thing you can do right now is sign this petition.
Posted by Simon at 1:56 PM

Labels: Stephen Harper, the end of Canada, the two solitudes

It's not just Harper who has been fanning the flames of hate. All of this party "yes men" have been doing the same thing. It has been sickening.

I want Quebecers to know that there are a lot of right-thinking Canadians who have been speaking out about the outrageous attacks on the people of Quebec that have been made by this Prime Minister and the members of his party. We agree with what Ed Broadbent has been saying: Harper is the first PM in history to create a national unity crisis in order to try to save his so-called political soul.

I'm in Manitoba and I was to say the least RELIEVED that my work colleagues at my lunch table were appalled by Harper's antics. This East-West divide is disgusting as is his attack on Quebec in particular.

Canadianist (http://canadianist.wordpress.com/) actually read the questions used by Ipsos-Reid to conduct their survey that has such favourable results for Harper (except in Quebec). Go see the example she/he pulled up. The questions were framed in Harper's PR rhetoric.

Canadians are being manipulated by the Harper's PR machine, the corporate media and the polls.

Yep. It's really time to build bridges among oursleves, the media won't be of any help there (IMHO)...

I'm thinking of starting a bilingual blog, maybe I could translate in french posts you'd like the french-canadians to read.

Hi Ann d....I know there a lot of good Canadians who are sickened by this spectacle. And a lot of them live in the West. I just can't understand why a Canadian politician would do something that could hurt all of us, just to save his skin. It's appalling and all of us should be disgusted...

Hi Beijing...as I told ann I know there are a lot of Western Canadians who are shaking their heads as well. But I'm very worried about what has happened. Because at a time of anxiety and unemployment things could get really out of hand.
As for those ridiculous polls I wouldn't be surprised if they were framed that way. I am so sick of our right-wing media. They helped elect the monster, then fell for his act over and over again, and now that Canada really needs them....because any sane person can see that Great Ugly Leader is missing some screws...they are still not there.
When will they ever get it?

Hi Enkidu's Palace...anything that you can do to help build those bridges is a good thing. But first they have to be prepared to listen and some of them are so blinded by hate and ignorance it won't be easy.
But a bilingual blog sounds like a great idea. And if you want to translate any of my stuff and use it you're welcome... :)