Bullied Children and the Gay Bashers 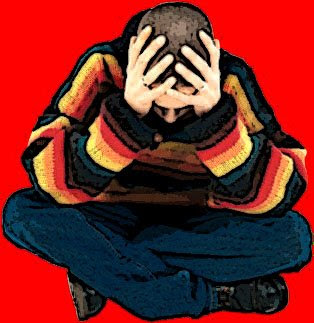 As you probably know I hardly ever attack other bloggers. Except when they cross the line of human decency and attack the rights of bullied gay children in our schools.

Making the Correns the "consultants" on matters of sexuality, when they have no more credentials to human sexuality than you or I, is patently absurd. Just because these men happen to have homosexual copulatory experience, does not make them experts in any matter of sexual orientation.

First of all what the fuck is this pompous jackass talking about? And why is he so obsessed with sex? When being gay is not about who you sleep with but who you LOVE. And this course has nothing to do with sex....and everything to do with RESPECT for the humanity of others. I checked out the course description for Social Justice 12. As you can if you want to here. (PDF)

The aim of Social Justice 12 is to raise students’ awareness of social injustice, to enable them to analyse situations from a social justice perspective, and to provide them with knowledge, skills, and an ethical framework to advocate for a socially just world.

And all I found was an excellent course on human diversity and tolerance that just happens to include gay people. As it should. So I don't see what the fuss is about. In a country as diverse as this one it should have been implemented YEARS ago in every school in Canada.

Especially since the kind of racist or homophobic intolerance it aims to prevent can lead to brutal cowardly attacks like this one.

And a situation where no gay person in Canada can truly feel safe. And religious hatemongers are allowed to poison our schools with their evil nonsense.

And drive bullied kids to depression and suicide. 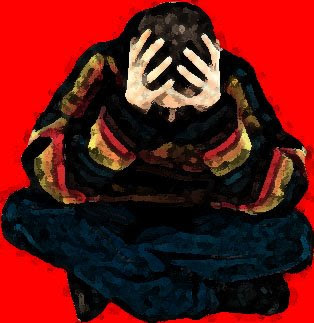 I KNOW because I was one of them. If my companion Sébastien hadn't saved me I'd probably be dead....or in prison.

That's why I have written so many posts about Canada's shameful bully problem.

That's why I can recognize a brutish homophobe when I see one. Like some of the commenters in Unambiguously Idiotic's cretinous post.

I do not think our taxpayer funded schools is the place to study alternative risky lifestyles. In my opinion if parents want to discuss this with their kids it can be done at home. It is bad enought that we as taxpayers have to pay for the extra medical costs created by this lifestyle let alone increase school costs.

Wake-up people, this has nothing to do with Human Rights, this is a bunch of bitter agnry GAYstapo militants wanting to im pose and affirm their lifestyle .

I still say the Homosexuals will rue the day they marched with the Pro-Abortion men-hating feminists because one day Science will decode the DNA and find the Gay-Gene for sexual preference .Once HOMO-cide Abortions add to the DownSyndrome abortions there will be no way to deny a female from aborting a Lesbian or gay male baby.

OMG. It's hard to believe these people are Canadians ......or even human.

Why are we still obsessing about kids with two moms or two dads? Or whatever. When what counts is the love and support they give their children. And in other more enlightened countries so much more is being done. And good gay parents are celebrated just like good straight parents are.

And sometimes even SUNG about...

When will the hatred STOP?
Posted by Simon at 8:01 PM

It is disgusting and vile.

Like you, I try to speak out against bullying wherever and whenever it occurs.

It is rampant right now and often the most vulnerable children and youth are the targets.

It is unacceptable and it flies in the face of everything Canada claims to stand for: diversity, respect, tolerance, kindness, all good things. The bullying must end.

This is a link to Canada's national network for research into bullying.

"PREVNet is a national network of Canadian researchers, non-governmental organizations (NGOs) and governments committed to stop bullying. Bullying is wrong and hurtful. Every child and youth has the right to be safe and free from involvement in bullying. It affects children and youth who are bullied, those who bully others, and those who know it is going on."

I'm not homophobic. The point of the article is that the course is being foisted on our children under the pretense of "correcting" social behaviours. It's also a dangerous indoctrination fraught with leftist ideologies.

And finally, the Correns have no more qualifications to be "consultants" on that course than I have being a consultant on heterosexuality. Teach sexual education, complete with homosexuality. But "social justice" is far too an ambiguous term that often lends itself to this myth that our society is homophobic and racist. A silly myth perpetuated by people like yourself.

Hi Ann...I'm surprised that Canadians aren't more aware how serious the bullying problem is in our schools. At least I hope they aren't aware because not enough is being done to stop it...even though Canada has one of the WORST problems in the developed world.
If bullies are not stopped they can infect a whole society. All you have to do is look at what's happening to our political scene...where the Cons act like bullies and thugs and some people call that "strong leadership." Vomit. And thanks for the link...one of these days when I'm not as lazy as I usually am...:) I'm going to put all these life-saving groups in my sidebar...

Give me a break RA, our society, or at least quite vocal members, have taken issue to the right afforded to to women and GLBT people. These offended voices are against many of the principles and values most Canadians enjoy. These same minority voices seem to feel like the New Conservatives back their views up.

Our society is still predominantly racist and not universally supportive of human right values that respect women and GLBT citizens. We have made great strides in the last few decades but Harper is trying to turn the clock back on our gains.

As long as I'm standing, I will keep fighting for the rights of these groups and many other neglected voters, including the homeless, Aboriginal and other minorities shut out by Harper.

Hi Raphael...I don't know whether you are a homophobe but I'll say this...if you're not you sure are ignorant or out of it.
And two...as ignorant as I am, I know a lot more about bullying than you do.
And when so many gay kids and others say they don't feel safe at school bullying is a real problem.
And yes it is a social behaviour that needs to be "corrected" just like racism and homophobia need to be neutralized before they hurt people.
And no it can't wait until university, as you suggest, because it happening NOW in our elementary schools and high schools.
I know you Cons believe in the law of the jungle, but in Canada we believe in preaching tolerance.So
Try to put Canadian children before your nasty alien CON ideology will you?
And if you don't like it? TOUGH. It may not be the Con way but it's the CANADIAN way.
Other schools in BC are picking up the course, and the only reason it isn't in Abbotsford is because of resistance from the areas hideous collection of religious fanatics.
BTW I hope you noticed that a large group of Abbotsford teenagers recently held a protest to say they could handle the course. So why can't YOU? Eh?
And will you ever get over your ridiculous and backward belief that being gay is all about sex? It's an ORIENTATION Raphael. It's about LOVE. It's about how some humans ARE. So get educated or get over it will ya?

And finally Raphael .... were you SOBER when you wrote this?

"But "social justice" is far too an ambiguous term that often lends itself to this myth that our society is homophobic and racist. A silly myth perpetuated by people like yourself."

Because what part of "social justice" don't you understand? The "social" part or the "justice" one?

And racism and homophobia are NOT a silly myth...

P.S. I see your absurd screed was crossposted at the also not homophobic Dust My Broom. Or as I like to call it, because of Darcy, Dust My Bitch.

Rap...the Correns are involved only to ensure that it's duly noted that gay and lesbian people exist and are part of our culture. Why does that threaten you so and why do you always insist on insisting you're not a homophobe? I'd go out on a limb to say that you most certainly are a homophobe.

The treatment of queer youth in schools is still almost as bad as when I went to school, was beat up, verbally and physically abused. These school classes are very important

I was in Montreal for six weeks during XMas 2006 and thought Canada is truly a cosmopolitan, free and liberal country with a very polite population. But having read your blogs in regards to rampant school bullying targetting gay students, I'm shocked and disheartened honestly.

Hi BC Waterboy !!! Nice to hear from you again. Are you ever going to get back to blogging? PLEASE? :)
I'm willing to give Raphael the benefit of the doubt. But when you don't recognize a REAL problem, and you dismiss people who want to help gay children (and all the other children who are bullied) and you denounce attempts to help them then it really amounts to the same thing.
I don't consider helping bullied children a partisan thing. I believe ALL Canadians should be against that.....

Hi Beijing York!! Thanks for bringing Harper into the debate. I was going to mention it but I ran out of space. :)
What bothers me the most about Raphael's post is that it denies an obvious problem.
Just like the churchy bigots in Abbotsford would deny the humanity of gay people.
As far as I'm concerned you can't teach children enough about tolerance...

Hi nase !! I don't want you to be disheartened, because I've read your blog and you seem to be a very nice and caring person. You see although unfortunately bullying is still a big problem in Canada, I'm happy to report that more has been done to stop it in the last two years, than in the ten years before that.
Not only are there more programs to fight it, but the BEST thing is that many good straight kids have been joining with gay kids to also fight the problem.
So if sometimes I'm gloomy, most of the time I'm optimistic !!! :)

Hi Ricky...I'm afraid it is still a problem and in some cases worse than it was because of cyberbullying which has driven many kids to suicide.
So much needs to be done...but as I told Nase, I'm more hopeful than I once was...