The Homeless Woman and Mount Royal 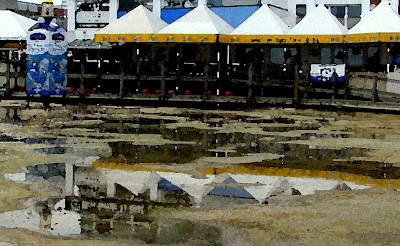 The good news is that now that it's cold they've drained the pond, and soon we'll be skating on it.

The bad news is the cold has already killed a poor person.

Yup it is. WORSE than sad.

But then EVERYTHING is so depressing in Canada these days. Everybody is disappointed. Either gnashing their teeth or licking their wounds or pretending the election didn't happen.

In the U.S. the progressive forces are getting ready to PARTY. But in Canada all we can look forward to is a brutal recession, Stephen Harper, winter, and of course having to lug around a suitcase full of Canadian pesos.

To pay for our Caribbean vacations....IF we can afford them.

Which means that I NEED to take a break right now and recharge my batteries.

So I'm taking off for Montreal...and The Mountain. 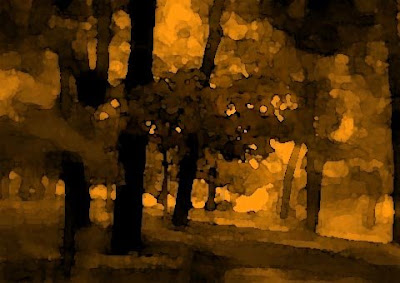 I need to spend some time on Mount Royal before all the red and golden leaves fall from the trees, kiss the ground like Jacques Cartier did when he planted his cross...about four HUNDRED years ago.

And thank the Great French Nation for saving us from the horror of a Stephen Harper majority.

And of course PARTY until I drop...or can't remember that the election ever happened. Duh? Wot?

Oh yeah.... since Sébastien will be walking through the woods with me, we'll also be looking for two names carved on a tree.

When I was a teenager wandering Mount RoyaI under a fulI moon, I used to dream that politics could change the world.

I wonder if somebody loved that poor homeless woman and misses her terribly?

Did I tell you I Iove the Great French Nation? The one so many English Canadians hate so much.

How many ways can you write je t'aime?