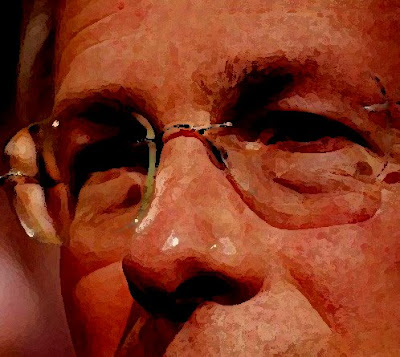 I see that CTV is reporting that John McCallum will be interim leader if Stephane Dion steps down tomorrow.

But I wouldn't be surprised if McCallum, and his allies in the Ignatieff camp, were really disappointed.

Because I think Dion is going to announce that he will resign, but intends to continue as Liberal leader until the convention in May.

And that he intends during that time to be a REAL leader not a figurehead ....and lead the charge against Stephen Harper and his economic policies.

I say that because I know Dion is such a proud man I can't imagine him consenting to the humiliation of being dismissed like a servant.

And because he's ANGRY.

Angry because of the way he was ambushed by Mike Duffy and his friends.

Angry at the way Stephen Harper used that tape to destroy the momentum of his campaign during the last crucial days.

I think he finally realized what the Cons did to him and he wants REVENGE.

Which if things work out as I think they will. And with six months in politics being an eternity. And a budget due in February in the cold winter of an economic crisis. And an angry Dion who has nothing to lose.

Means that ANYTHING could happen.

Stay tuned this one is not going to be over until the thin man sings.

Something tells me he's not ready. Stephen Harper is going to feel his pain.

Even if he stays will it change anything?

Will the liberals suddenly be flush with enough cash to not only pay off all previous loans/debts and have enough on top of that to fight an election and find enough support from the other two parties to bring down the Harper government?

Hope you are right Simon. I'd surely like to see him stay - even if in an "interim" position.

Hi gimbol...I think Dion staying will provide some continuity while the Liberals choose a new leader. And I don't think anyone is in a mood for another election for at least a year.
So that's how much time they've got to solve all the problems you mention.
But remember Stephen Harper will soon be stewing in the bloody juices of a recession which is bound to make him more unpopular.
So ANYTHING could happen...

Hi penlan...he's facing too much opposition from within the party for him to stay. As far as I know not ONE solitary Liberal MP was willing to come out and publicly say he should say. But hopefully the next Liberal leader will find a good job for him because he is a smart and decent man...

I agree that Dion should stay on & that he gets a portfolio where he can shine.