The Unspeakable Cruelty of Humans

If you've read this blog you probably know that I love animals, and that I hate bullies of any stripe more than anything else in the world.

What you probably don't know is that I'm not allowed to fight, because after 14 years of martial arts I could kill someone.

Which quite frankly is what I would like to do to the hideous cowardly criminals who attacked this old blind flamingo. 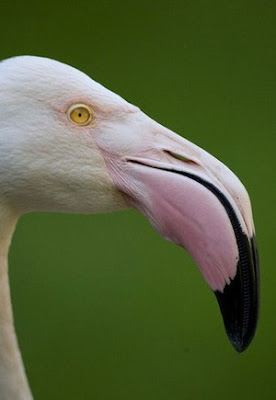 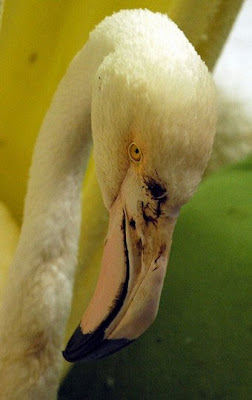 I can't believe that anyone could be so cruel. It makes me so angry.

All I ask for is one minute in a padded room with each of them.

I promise not to kill them...just hurt them a lot. Like they hurt that poor helpless old flamingo.

I KNOW it's not right.

Flamingos can live to be 80 years old? Jesus.
"The unspeakable cruelty of humans", reminds me of a line from one of my fave Iggy Pop records: Man is the village animal united by the glue of our loathsome qualities. Fits very well here, but Sébastien is likely wise to keep you from getting yourself into difficulties.

Here is a story from Halifax on another kind of bullying (http://www.cbc.ca/canada/nova-scotia/story/2008/10/29/halifax-citadel-police.html).

Its a story that is becoming too common and I was going to comment on it but I thought I would leave it for you...

I would look the other way Simon while you beat the crap out of these monsters. I couldn't believe this story when I read it this morning. How utterly cruel. I hope the flamingo recovers quickly. Some people just suck.

Total cruelty, indeed. Just when you thought human beings have evolved so far but yet some just fell short.

Hi Omar...Iggy Pop? YES!!! But don'y worry about the other stuff. I finished this post about ten minutes after I read the story. I probably should have waited a couple of hours before writing it. But I just can't BELIEVE how cruel people can be...

Hi Devo...thanks for the link. It's really a shame. I'm all for outreach programs, but that means reaching out to kids, respecting them so they can trust you. Intimidation is the wrong way to go...

Hi Nase...I try to treat all people and all the wonderful creatures of this planet with respect. But I know something...people who treat animals like that are also a danger to humans....

Hi Beijing York ...heh heh heh..you BAD. :)
As I told Omar I don't like expressing such violent feelings. And I would hope that if I ever found myself in a room with those cowards I would be able to control myself. Not just because of Seb but because I'm afraid of what my instructor might do!!
But when I read that poor old beautiful flamingo was so friendly it approached people I just lost it...

Sure does take a waste-of-space tiny-brained piece of trash to beat on a 75 year old blind bird.

It is hard to resist the temptation to hope that the offenders receive a little Clockwork Orange (Ludovico Technique) - you know, just to enlighten them.

Does it show that I'm upset?

Hi Sassy !! Yup it sure takes a rotten kind of human being to beat up such a beautiful friendly creature.
But I've got good news that I just mentioned in my latest post.
The flamingo is back on it's feet and back with its mate. That's one tough old bird.
Isn't that WONDERFUL ?