The Sweet Sights and Sounds of Victory 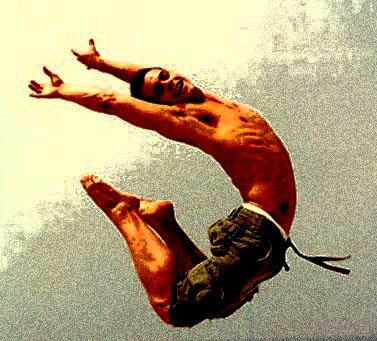 I don't have much time to blog but I feel like I'm FLYING tonight, so I just thought I'd take a few minutes to cheer on all progressive people. Not just the ones in Canada, but also those in the United States.

Because we are all fighting the same battle. The battle to drive the criminal neocons from power.The Battle for North America.

And after so many anxious days things are looking up at last.
In the U.S. the road to victory looks like this:


In Canada if you plug the latest Nanos numbers into the Hill and Knowlton election predictor this is what our road to victory looks like.

Which means even if we don't do better, and I'm sure we can, the Cons would be left weaker than they were before, and if the Liberals and the NDP can form a coalition, we can defeat the government (with the support of the Bloc) and expel Stephen Harper's thugs from power.

So keep up the good work. Remember we're all in this together. We have our small differences but they are NOTHING compared to the foul Cons. And our beautiful Canada is depending on us.

Please don't take cheap shots at each other, just concentrate on hitting the Cons as hard as you can. Like Obama and our American friends are doing in the United States. As the debates in our country showed when we gang up on the monster we can make him BLEED.

Remember too we are BETTER than them. They are ugly diseased bullies, bigots and Canada haters who have RAPED our country and its values. Like the ugly Republicans have done to the U.S.

We are beautiful and we believe in building a more beautiful, just, tolerant, EXCITING Canada. A Canada for everyone. A Canada we can be proud of again.

OK I gotta run. I tried to think of a song or an artist who would say what I feel about my progressive brothers and sisters in Canada and the United States tonight.

But then I saw The Boss on TV singing for Obama.

And I said to myself he's OUR guy.

Because he's been fighting the power for a long time. He's still fighting them as hard as he can.

We ALL love him.

And because....as that sign in the crowd said....We're Alive Out Here.

Simon - You are awesome. Thanks for capturing the mood and the moment with your own fabulous style.
Ann

Hi Ann!! Hey thanks. I just thought it was time to give ourselves a pat on the back so we can charge at the Cons all the way to the finishing line !!
Although I'm afraid the message of working together isn't very popular. Unfortunately some on our side are so partisan they'd take us all down making believe that an election is like a hockey game. While I see 65 per cent of Canadians wanting better...and because of our divisions...not getting it. It's depressing but as you can see I'm not easily discouraged... :)

Hey Simon,
Just back from vacation in Vegas, sorry to have missed your blog for a week or so, I'm just getting all caught up now. I had to go to Vegas for when they end up with their own crazy leader and their economy collapses. Everywhere we went, everyone was thanking us for coming down and spending our money in the US. I thought it was pretty bad here, and I'm afraid too of what the cons are planning on doing, but visiting the US certainly gave me some perspective and some solace. It could be worse - it could be a lot worse. While what we have here is definitely discouraging, Interestingly - I was listening to cbc the other afternoon on my arrival home and they were talking to an american economist who was suggesting that to solve the housing/economic crisis in the US, all they'd have to do is give every single person who's house was being foreclosed $1 million to buy back their house and pump money into the economy as a consumer and the markets would be saved. Not only that but it would cost far less then the $500 billion (or more) that they are suggesting in their bail-out bill. One problem though - that's far, far too socialist. And we all know what socialism is - one step away from...

I'm alive out here - is anyone else?

115 seats? Personally, I think the Cons will receive less. Harper is going down, I can feel it.

Hi Omar !! Well I'm hoping too.
I'm still a bit scared that vote splitting might work against us. But boy wouldn't a Harper defeat be the BEST. Although now I'm starting to get a bit worried. I did promise to run naked down Ste Catherine street the day Harper is expelled from power. But now it's getting a bit COLD eh? :)

Hi Bri Bri !!I hope you had a great vacation in Vegas. And that you didn't have to WALK home... :)
It must have been really interesting to be down there at a time like this, especially since I hear that the home situation in that area is particularly devastating. And yes isn't it amazing to see all these jungle capitalists turning to government for help. The government they've spent the last twenty years trying to destroy.How long will it be I wonder before we can call the U.S. the United Socialist States of Amerika? :)