Will Mother Nature Be The One To Destroy Donald Trump? 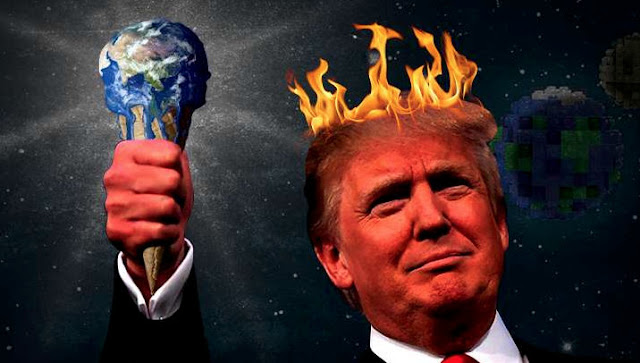 Ever since he came to power, Donald Trump has waged an all out war on the planet.

He has called climate change a "con job" and a "hoax," ripped up regulations, expanded the production of oil, gas, and coal, and walked away from the Paris climate accord.

He has mocked the very idea of global warming.

And has for the most part managed to get away with it.

But now Thomas Friedman wonders, with global warming now impossible to ignore, will his planet burning ways come back to haunt him? 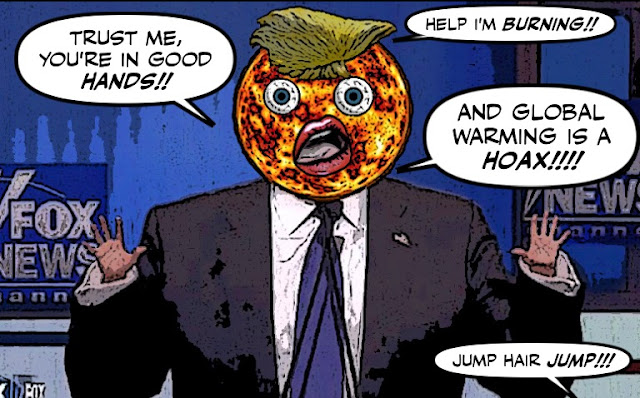 And will Mother Nature be on the ballot in 2020?

We’re talking about the natural world, so one has to be cautious. But if you look at all the destructive extreme weather buffeting the world this summer alone, it’s as if Mother Nature were saying to us: “Oh, you didn’t notice me tapping on your shoulder these past few years? O.K. Well, how about a little fire, Scarecrow?

I can't imagine how it won't be. If the two summers before the next election are anything like the one we've just had, or worse, Trump will look more and more like a maniac. 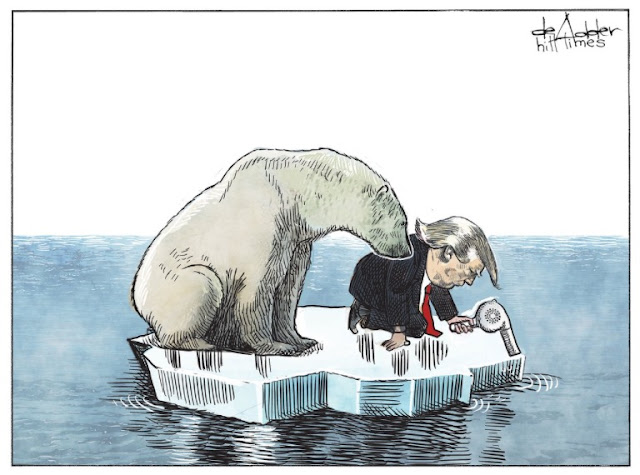 And the Democrats will be able to position themselves as the party that can both strengthen national security, and boost the U.S. economy.

Let Trump fight that idea. If Mother Nature keeps on this destructive track into 2020, well, Trump’s favorite mantra about strong women, “Lock her up,” will look awfully silly.

Of all the things he has done, Trump's war on climate change has been the most reckless and the most criminal.

Hurricane Mueller may yet remove him from office. 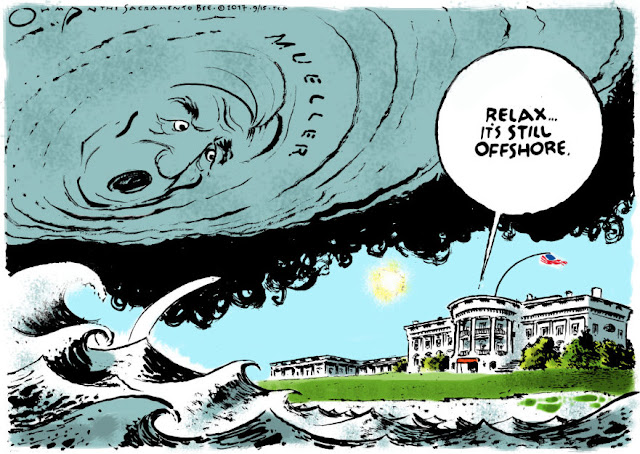 But Trump should fear Mother Nature even more than he fears Mueller.

For only she can truly destroy him... 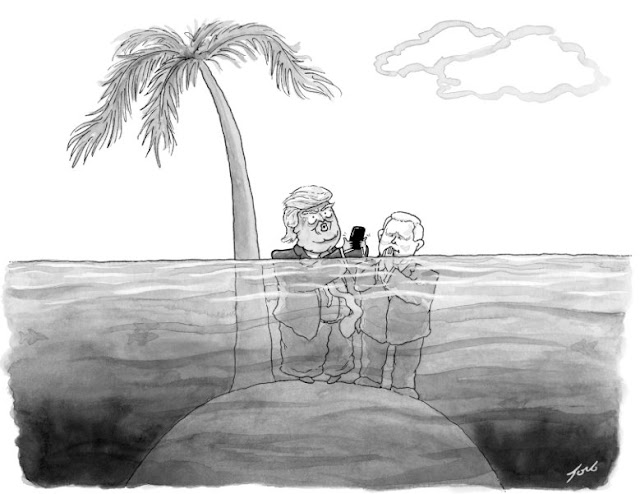 As Mueller's noose gets closer, he might end up incinerating the earth in nuclear fire and fury first. The only thing nihilistic conservatives will care about is that he really pwned those libs.

Pence won't be much better as he's an insane religious fundamentalist who wants to bring about the end times sooner rather than later. Then there's the unhinged pyromaniac Bolton who's been champing at the bit for 50 years for America to have a "win" at all costs. He wrote in his book that he blames Ted Kennedy for "losing" us Vietnam and has been seeking bloodthirsty revenge against Democrats ever since.

Either the GOP gets completely swamped in the midterms and neutered in 2020 or we're all going to face disaster one way or another. As for climate change, it may even be too late at this point, which means the discussion should shift to how do we as humans adapt to an irrevocably damaged world that's only going to get worse (kinda hard to do when millions of denialists still think it's Not A Thing™). If nuclear war is the outcome, obviously we're all toast.

But how about them emails, eh? Requiem for a planet: "Both parties are the same."

you are dreaming if you think the dems are or will be any better, they are as pathetic as republicans

Trumpians could be living in the middle of a 1930's dust bowl and still believe the liar-in -chief. Sure the story would have to change from one of denial to one of blame but that's no problem as the alt reality story line is fluid. Denial today can turn to blame tomorrow and its all the same to those afflicted. 'Russia didn't meddle in the election but if they did it was coordinated to benefit crooked Hillary' works for his base. 'Climate change is a democratic plot or alternatively it is Gods punishment for all the societal evils promoted by the Dems' will also work.
There are some signs that alt reality media ( eg. Alex Jones) is starting to crack under the strain but with so many willing participants it may be too little too late.
RT