Michael Harris on the Resurrection of Stephen Harper 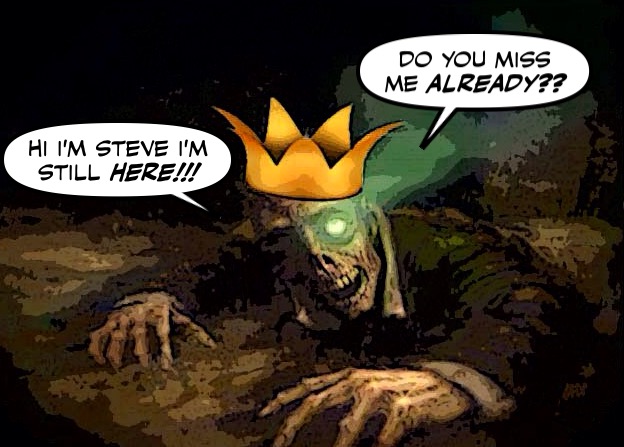 The other day I told you how some members of the Con establishment are so desperate they are even thinking of resurrecting Stephen Harper.

Bringing him back from the dead, to try to keep the party from splitting into two factions, the Reformers and the Red Tories.

And avoid a catastrophic civil war that could tear the Cons apart. 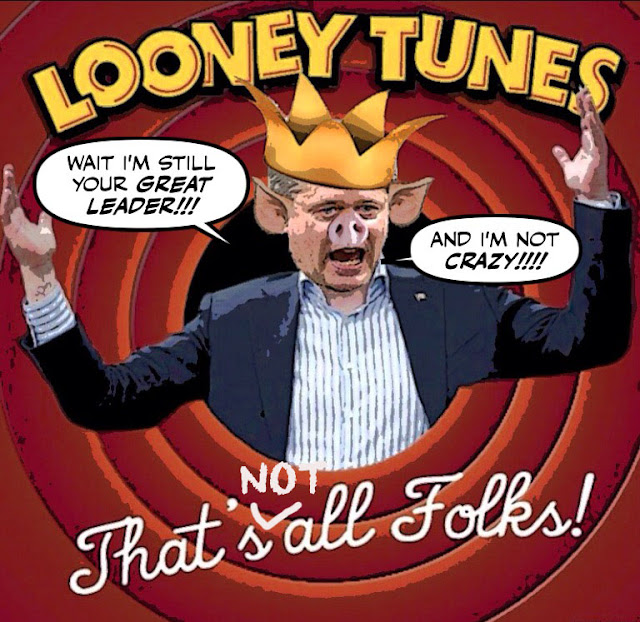 Now Michael Harris weighs in on that story, and wonders like I did, whether the Cons have gone insane.

Is Stephen Harper about to rise, Lazarus-like, from the political dead? On the face of it, the very idea seems like absurdity in hot pursuit of farce.

That said, perhaps Harper is sufficiently distressed at watching his misbegotten political heritage deconstructed brick by brick by PM Trudeau to contemplate the unthinkable — a run for the leadership. All Harper has left to his legacy at this point is his reverse takeover of the party, and he may not want to risk MacKay or anyone else dismantling his last remaining political accomplishment.

Especially since Peter "Dumbo" Mackay is no real threat to the Alberta Oil Party. 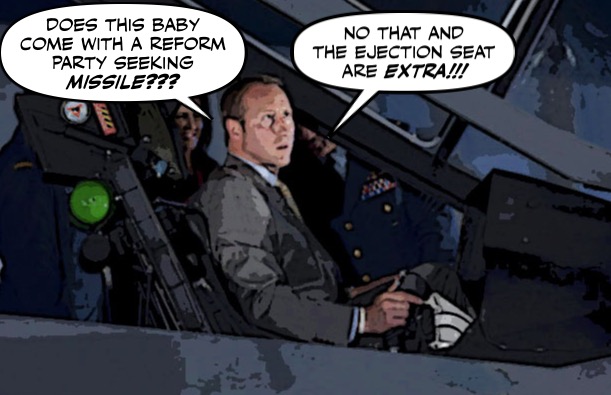 Peter MacKay is no Red Tory. He’s just a creature of the security, intelligence and armament sector with a case of terminal political ambition.

And bringing Harper back would be tantamount to committing political suicide.

Now hear this: If Harper ever did that — if he ever chose to run for the leadership — he’d be diving head-first into the woodchipper. It would serve only to complete the destruction of the party which started with its shellacking in the 2015 election. (I don’t think there was a run on Stephen Harper “Miss Me Yet” buttons at the recent Manning Conference in Ottawa. Maybe Ray Novak bought them out.)

For he was the worst and most politically depraved Prime Minister this country has ever known... 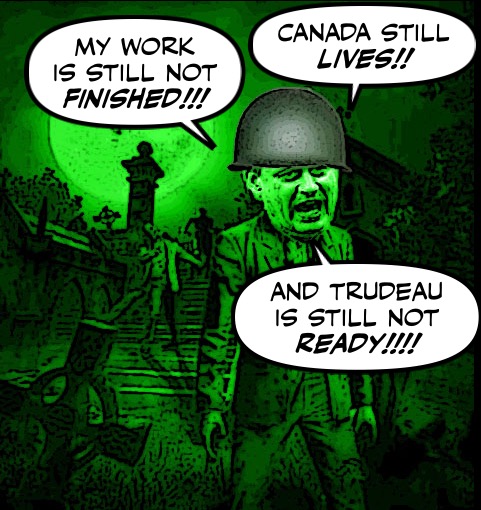 If MacKay’s legacy is a run of disappointing retreats from principle, the Harper legacy remains an unreconstructed nightmare.

Harper was the prime minister who created his own personal ministry of propaganda, paid for by Canadians. He censored and muzzled and bullied and berated anyone who opposed his notion of government by personal fiat. His exemption for political parties on the copyright of all news footage had journalist Don Martin remarking that the then-PM was flirting with “fascism”.

And nothing the Cons try to do to buff up his lugubrious legacy, or try to renew the party with the zombies he created in his own image, will work.

The party might accept Harper-era hacks like MacKay or Kellie Leitch as new leadership material, but Canadians never will. Nor will voters buy the proposition put out by Harper loyalists that Harper was just a misunderstood statesman whose tenure will be viewed kindly by history.

He was a rogue, an outlier, an authoritarian and an anomaly. The real job is not to dry-clean the Harper years, but to reject them.

He was a monster, he did foul things to this country, his name will live in infamy, his legacy will be shame.

The Cons are still the living dead.

And they're still going nowhere... 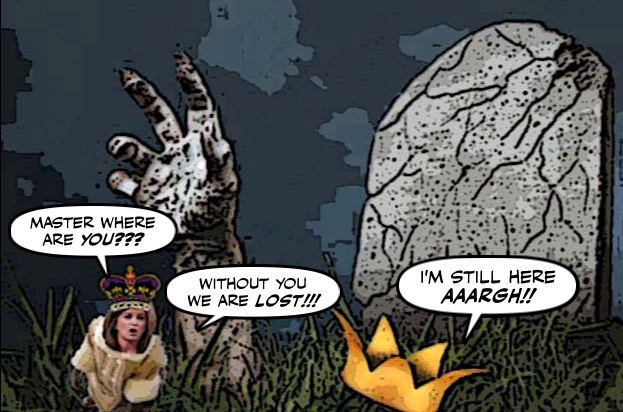 I read Harris' article with a mixture of amazement and disbelief. I know that Harper's ego is huge but I can't imagine that he would be willing to subject himself to the status of Opposition Leader now that he has been dictator. Also, I have not seen any sign of the party actually splitting. Though maybe there is talk in the background murmuring that we are not hearing in the open.

Well I was hoping for Kellie Leitch to run but never in my wildest dreams ... . I know the Cons still are reeling from the election result and seem very cocooned in their own version of reality but we could not be so lucky could we?

Might it be that the Con deep brain trust knows that zombie Steve must be resurrected once more so that he can be finally and fully humiliated before his eternal evisceration?

Only then can the Harperite stain on Canadian history be scrubbed away.

Or, maybe all the Trudeau talk has the Cons reading history and seeing that other Trudeau came back the defeat the Cons - so, you know, payback time by getting Steve back into 24 Sussex.

The 5 most important questions I have about Stephen Joseph Harper:

1. Did Harper attend Rob Ford's funeral?
2. If Harper runs for the leadership of the Con Party, does this mean my "Keep Calm and Stop Harper" coffee mug will triple in value?
3. Why does Harper continue to collect his full MP salary if he refuses to attend Question Period?
4. Has Harper sang "Sweet Child O' Mine" or "Hey Jude" at any Con fundraising events in 2016?
5. Is Harper's pet chinchilla, Charlie, still alive?
https://twitter.com/24sussexcharlie