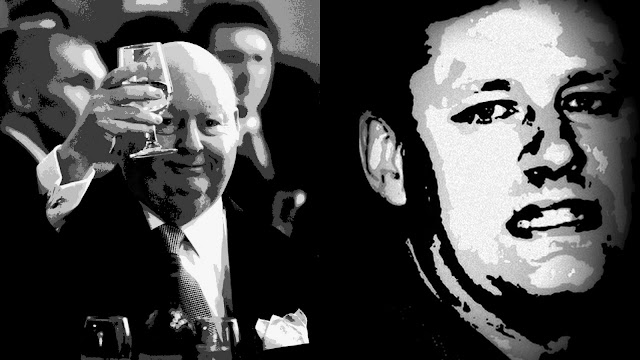 When the judge at the Duffy trial delivered his verdict, and his scathing indictment of the Harper PMO, I couldn't help wondering what Stephen Harper must have been thinking.

And now we all know. He wasn't too happy. He must have been furious.

Or humiliated beyond recognition.

And had instructed his lawyer to write an open letter to Canadians. 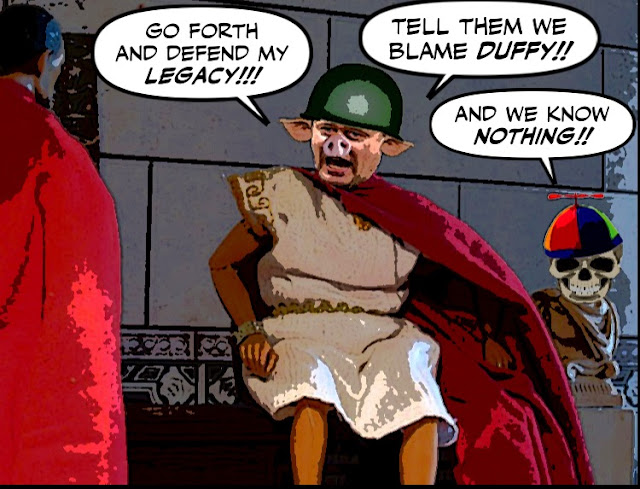 So he could make it clear that Great Ethical Leader had acted in an honourable manner.

And had fully cooperated with the police.

From the outset, we were instructed by our client to assist the RCMP in its investigation. This assistance included making available to the RCMP extensive PMO documentation, principally emails, and facilitating the interviews of PMO witnesses requested by the RCMP.

Although this decision was politically inexpedient, it was the right thing to do and was an unequivocal act of integrity and accountability by the prime minister.

Although the lawyer did forget to point out that Boss Harper and his PMO gang had no choice but to cooperate with the RCMP. After Robert Fife exposed the attempted cover-up, and the force began to investigate the scandal.

And when he claims that Great Ethical Leader knew nothing about Nigel Wright's payment to Duffy, and was moved only by the noblest motives, 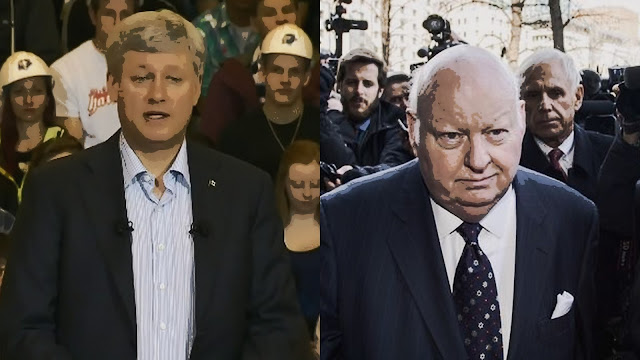 His assertion was, and is, that the behaviour exhibited by Mr. Duffy was unacceptable. It was and is my client’s view that public office demands a higher standard than conduct that falls short of criminality.

He exceeds the limits of credibility, and couldn't be more ridiculous.

Considering the frantic way the PMO operatives were scrambling about trying to put a lid on the scandal. Which makes it almost impossible to believe that Harper didn't know what was going on.

And considering what Harper's former PMO lawyer Benjamin Perrin had to say about about the morals of the Con regime. 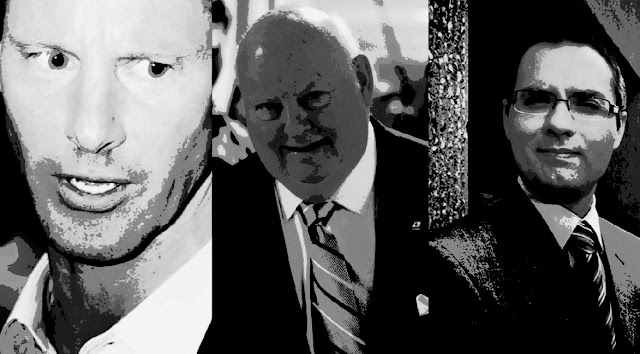 "As a lifelong conservative I never thought that would happen. But after what I've personally seen and experienced, there was no other choice," Ben Perrin, a former legal advisor in the PMO, said in a statement sent to media on the eve of Election Day.

"The current government has lost its moral authority to govern.‎"

Or for that matter, what the one-time Con Brent Rathgeber had to say about the verdict, and the behaviour of the so-called boys in the short pants.

It was a stunning rebuke — and it wasn’t really stunning at all. Micromanaging MPs and senators, sanitizing a Senate audit, interfering with an independent audit and attempting to cover it all up — it all seems like just another day at the office for PMO staffers in the spring of 2013.

And how it felt to be crushed under their bully boots.

The people in the Harper PMO believed that there was no moving part inside the Ottawa bubble beyond their reach and control. And because promotion within both the Senate and Commons caucuses is based in large part on building up capital with the prime minister and his people, these young zealots’ sense of omnipotence tends to become a working reality.

When I was in caucus, I could measure with an egg timer the time it would take for PMO Issues Management to call and demand changes to any blog I posted that was even constructively critical of the government. When logic failed them, they were never beneath threatening an MP — with committee reassignment, with refusing to sign future nomination papers, even with caucus expulsion.

So when Harper is quoted as believing that "public office demands a higher standard than conduct that falls short of criminality," he's right.

But he should look in the mirror. For there was no Canadian government that set a lower standard of conduct than did his filthy, morally depraved regime.

The matter of criminality will not be settled until we have a full public inquiry.

And if Harper was hoping his lawyer's letter will help repair his tattered legacy he can forget about that.

Mike Duffy and him will be forever linked... 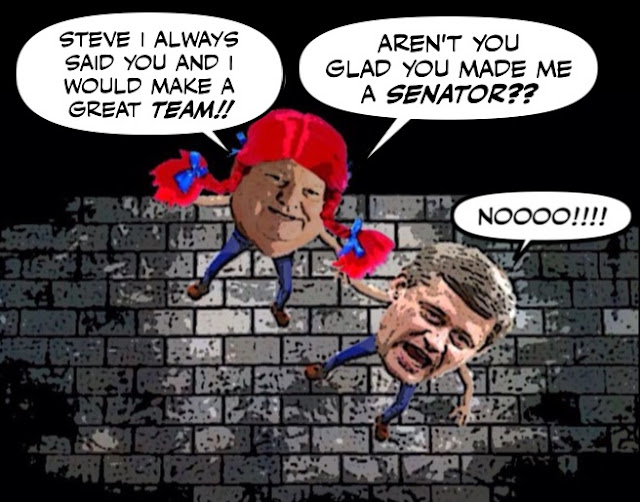 Duffy will live under an ethical cloud for the rest of his life, even though he was acquitted.

And Stephen Harper will live in infamy...

"The matter of criminality will not be settled until we have a full public inquiry."
Bullshit...we will only get more sanitized propaganda that way.
The only way to make anything remotely akin to justice is to have a now-non-existent unbiased and actually independent police agency (none on this planet currently), not on a corporate payroll, to bring the traitorous heil harper, trudeau jr. and mulcair and all associated with them to an also non-existent, unbiased court of real law where they could actually be investigated and judged accordingly for their crimes against Canada and its real Canadians et al.
WHAT ARE THE ODDS???
ROFLMFAO!!!

The first refuge of a scoundrel - the solicitor's letter!

I wonder how many Con friendly clients are now available to Harper's lawyer after he wrote that sugar coated pile of bullshit. Honourable and Harper in the same sentence? Please! The only way I can see that happening would be Harper's lawyer saying at his hopefully future trial, "your Honour, if it pleases the court, we request a 15 minute recess as I believe Mr. Harper just shit his pants."
JD

Harper's title might have included the word honourable, but that was part of this position. In my opinion, it in no way described him. Harper's lawyer writing a letter, right, about the same way members of the Hell's Angels get their lawyers to write letters. Its all about the same type of stuff. We're the good guys.

Loved skull with his beanie hat and rotor. I want one of those. couldn't you start a line of hats from your column, well its just a suggestion. You know to supplement the retirement fund.........

hi anon...I think that a public inquiry would be able to focus on the big picture first, draw out the evidence, and that would lead to the laying of charges. You can't rush in without preparing a case, or you will end up with the same result as the Duffy trial...

hi hinofan...yes it is the last refuge of the scoundrel. I didn't have time to speculate why Stephen Harper instructed his lawyer to write that letter. But it seems to have everything to do with his relationship with the RCMP. Which is why we need to hear the Commissioner explain why Duffy was charged but not Wright. And whether any kind of pressure was brought to bear on the police by the thugs in the PMO...

hi e.a.f... people can argue over whether Harper acted in a criminal manner, but after all the evidence we heard at the trial, nobody can argue that him and his PMO thugs acted honourably. And I'm glad you like Skullie's propeller beanie. I must say it looks good on him, and I only wish I had one myself... ;)

Hi Simon, I also hope for a public inquiry into this Criminal Conservative Gang who occupied our Canada for 9 years. I have no love for Duffy, he's just another dirty Con that helped Harper win by smearing the Liberal Candidate in the 2011 election. So I was shocked when he turned on his good buddy, which in the end among his other crimes cost him this election. Thank you Mr. Duffy. You have redeemed yourself and exposed the Harper PMO and the RCMP for the den of liars and snakes they are.
What about a parliamentary petition or a change.org petition For an enquiry Simon? I'm sure we don't know the half of it and it doesn't look like the Liberals are interested which surprises me after they were treated so badly during the 9 years of Darkness. Justin needs to clear the cons out of the RCMP, CBC and Canada Post. Maybe that's another petition Simon ;) Sunny Ways , Pamela.