Why Are We Still Building a Monument To Stephen Harper? 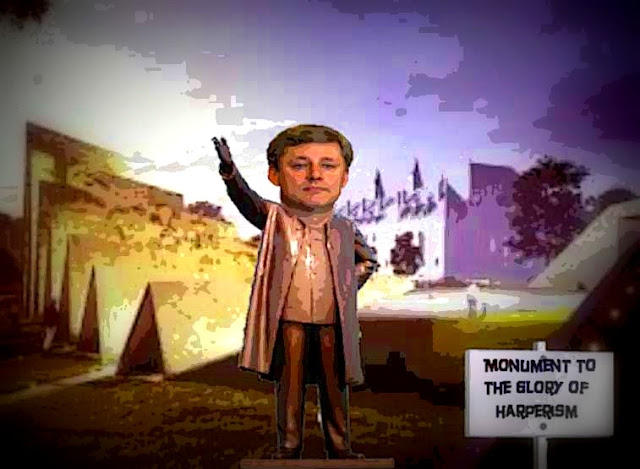 Well it's going to be a lot smaller than Stephen Harper had hoped.

And it won't be erected right in front of the Supreme Court, on the ground reserved for a new federal court building widely expected to be named after Pierre Trudeau.

So Harper could moon both of them for eternity.

But the man who brutalized this country for so long will be getting his monument. 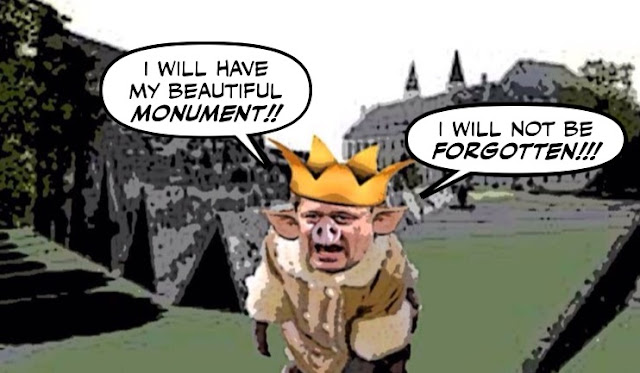 A memorial for victims of communism can be built in the Garden of the Provinces and Territories after the National Capital Commission board approved a federal land use request at its meeting Thursday morning.

And my question is WHY?

Why would we build a memorial to the victims of communism in the heart of our capital? 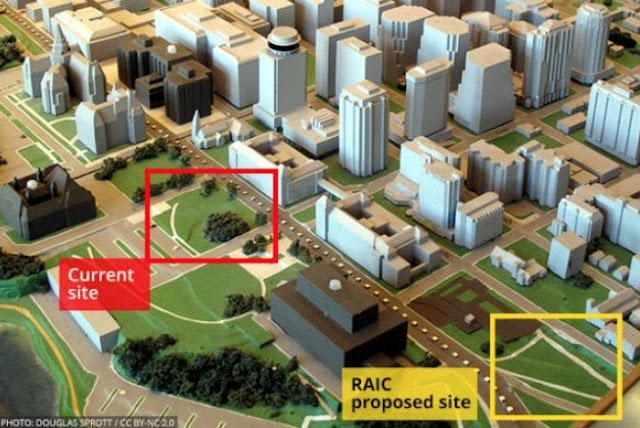 And so close to the site where Harper wanted to build it.

Or while we're at it, where's the memorial to the many victims of Harperism?

Why would anyone build a memorial to the victims of communism, in a garden of the provinces and territories?

Is there something we should know about Brian Pallister's new government? 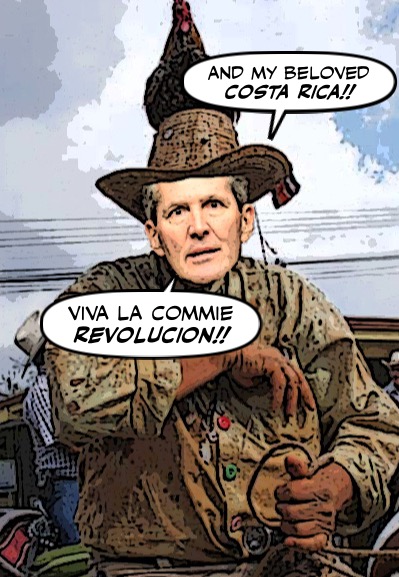 Why would we replace this sculpture with something even uglier? 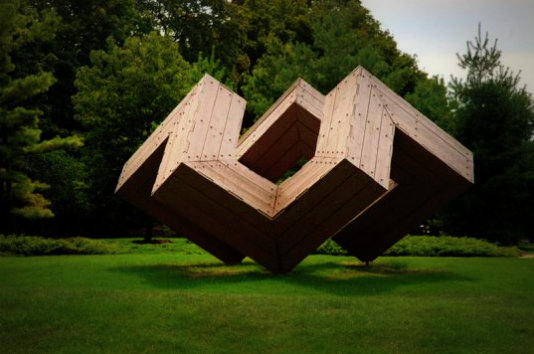 When everyone knows that it would be Harper's monument. A monument to his right-wing Cold War views, and designed to pander to one segment of the ethnic vote.

And can only serve to remind Canadians of the horror of the Harper regime.

For only bestial Cons could come up with a memorial as totalitarian as this one... 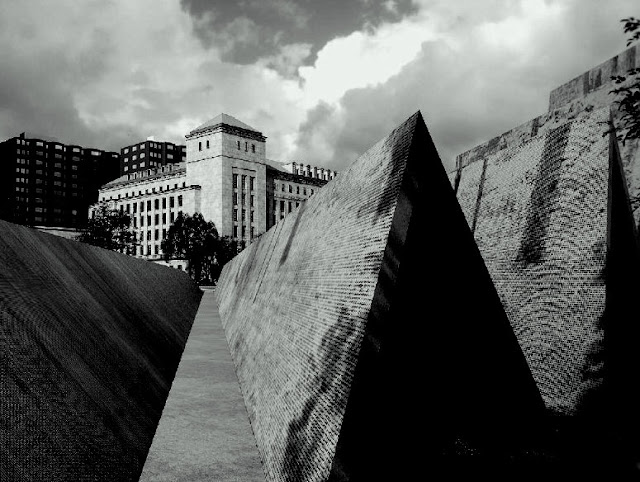 Why can't the site just be left as a garden? 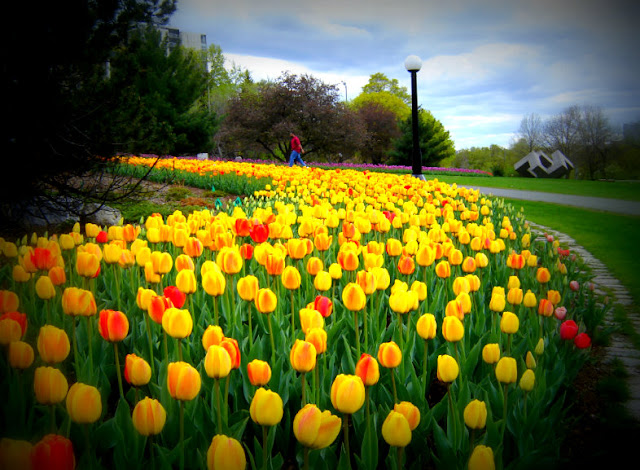 Where these tulips are a monument to the friendship between the Canadian and Dutch people we liberated.

And a far more moving memorial than anything that could be built, to freedom over oppression.

Oh well, the good news is that Harper's memorial will be a small one... 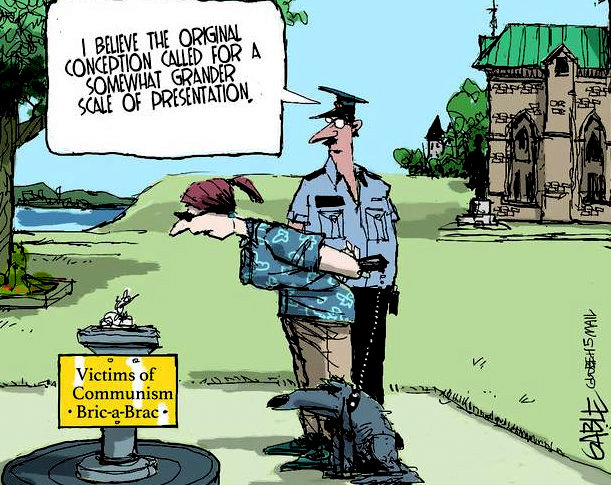 And there will be a design contest.

So I'm submitting mine, which will be bigger than a bird bath.

But will hopefully reflect how we feel about our would be King.

And unlike his filthy regime will serve a useful purpose... 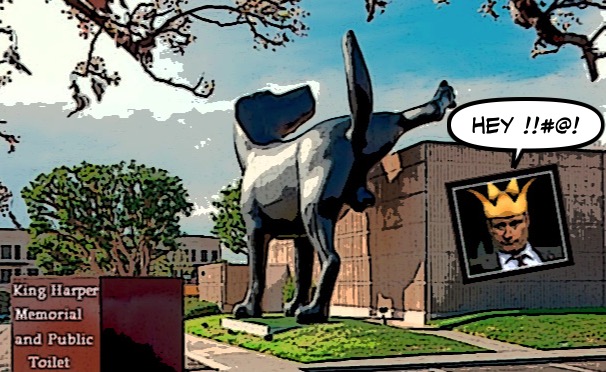 And he shouldn't get one...

Labels: Con clowns, Memorial to the Victims of Communism, Stephen Harper, The Death of Con Canada

Yes he should...they could erect a long, open trough, old style pisser (you know...the one where everybody just lets it rip against the wall and it all goes down a collective drain) and have pictures of heil harper's glorious reign on the backsplasher thingy so that people could select their favorite pose of it and then pay it the appropriate attention it deserves.

Of course First Nations, Women and LGBT folks are always welcome to express their views too seeing as heil harper did sooo much for them during the "dark years". Paybacks for the way he pissed all over real Canadians for 10 fucking years!!!

Many Canadians were attracted to the communist party during the depression. It seemed to them like a way out at the time I guess. And there is an actual Communist Party in the country. I don't think it should be built at all.

I'm hoping that this is just a process that will go nowhere. Rather than outright cancelling the whole thing, just death by 1000 cuts. If so, what fun!

Maybe if there are enough brilliant submissions like yours Simon, the NCC will conclude that the concept is inappropriate.

Simon I know you don't like Harper much but he WAS our ELECTED leader for 8 years. Canadian citizens voted him in. We can't have every building/airport/park etc named after a liberal and just erase conservative history. With the rise of crazy commie Bernie Sanders I think this monument to victims of communism is even more relevant.

hi anon...hmmm...well that sounds interesting. You should definitely submit it to the design competition. A trough, a trough, with piggy sounds playing on a loudspeaker, why didn't I think about that? ;)

hi anon...I don't like the idea of such an ideological Cold war memorial in the heart of our capital. I would much rather see a memorial to the suffering of our First Nations, or better still a monument celebrating their existence...

hi TS...One can only hope that the NCC, which collaborated shamelessly with the Harper regime, does the right thing at last. And that if the memorial is built it is both discreet and tasteful. But as I said above, if they must build something in that garden I would rather see something cheerier. Lke a monument celebrating our First Nations, or one celebrating the love story between us and the Dutch...

hi anon...well actually I do want to erase all traces of the Harper regime, which is not the same as erasing all traces of Conservative history. For in the past many Conservatives did contribute mightily to building this country. And of course I can't agree with you because Bernie Sanders is not a communist, he's a democratic socialist, and there is a big difference....