Bernie Sanders and the Trouble With Hillary Clinton

For Bernie Sanders it was another day, and another victory.

Bernie Sanders won the Wyoming Democratic caucuses Saturday, providing his campaign with one more jolt of momentum before the race against Hillary Clinton heads east.

And while Sanders split the small number of delegates with Hillary Clinton, so he didn't reduce her advantage in the delegate count.

His growing momentum has even the Con friendly Diane Francis wondering whether he is now unstoppable. 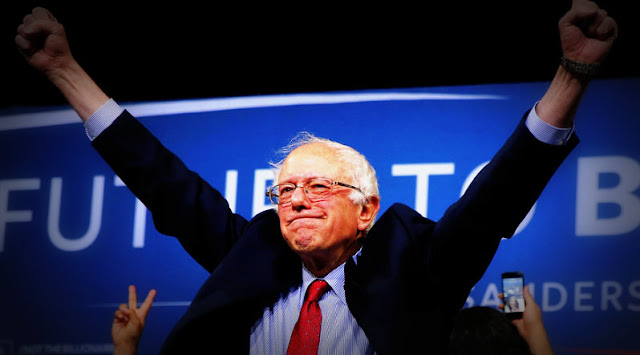 Bernie Sanders galloped to a decisive win in cowboy land, the Wyoming caucus. His momentum is impressive and, at this point, it feels like he’s unstoppable. He has come out of nowhere since January with a hard-hitting, liberal message that resonates dramatically with Democrats and Independents.

For while Clinton was hoping to put Sanders away with a decisive victory in New York, now she must be worried.

What has Clinton supporters worried about New York is that, despite a scuffing between the two over their suitability as president, Sanders is closing the gap in polls to within 10 percentage points. Sanders’ pattern during this election cycle has been to come from behind and win.

And if Sanders' momentum continues to grow, it won't be long before many Democrats will start asking the same question Jeff Greenfield asks, and then answers himself. 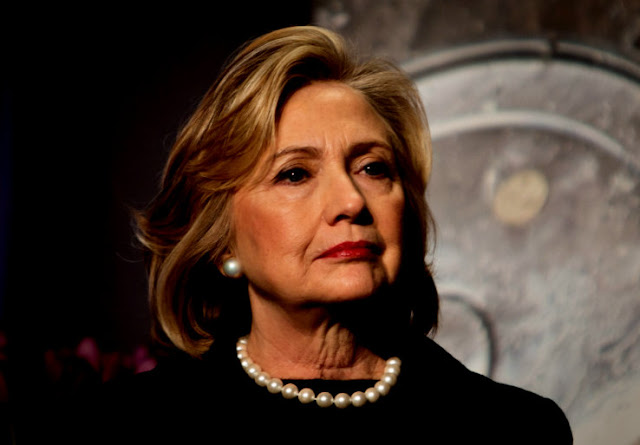 So what exactly is going on here? Why won’t Bernie Sanders go away? And why does Hillary Clinton’s Bernie problem pose a danger not only to her but to the Democratic Party—even if she does (as it seems highly likely) secure her party’s nomination?

Three big reasons: First, Hillary Clinton commands little trust among an electorate that is driven today by mistrust. Second, her public life—the posts she has held, the positions she has adopted (and jettisoned)—define her as a creature of the “establishment” at a time when voters regard the very idea with deep antipathy.

And finally, however she wishes it were not so, however much she argues that she represents the future as America’s first prospective female president, Clinton still embodies the past, just as she did in 2008 when she lost to Barack Obama.

She does not represent the future. More than eighty percent of millennials support Sanders not Clinton. Nearly six in ten Americans don't consider her honest or trustworthy.

And the Panama Papers' scandal has made her even more vulnerable, because not only is she a member of the one-percent. She also voted for the U.S. Panama Free Trade deal, even though she knew it would make tax evasion easier.

So one can't help feeling that the shadow of scandal is hanging over her... 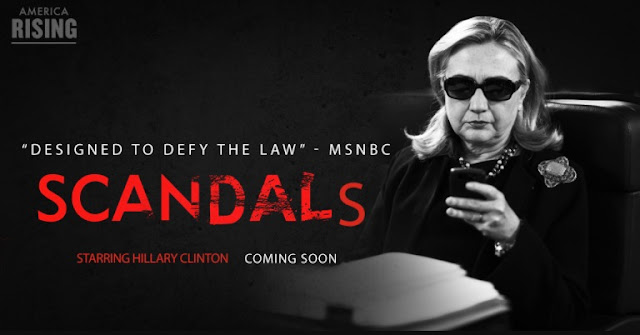 And at a time when voters have never been angrier at the corrupt activities of the global elite, it must also raise even more questions about whether Clinton is the right choice to take on someone like Donald Trump.

The polls and the gamblers now say such concerns are misplaced; that the broad American electorate will simply not put so manifestly unqualified and unfit a candidate as Donald Trump in charge of our nuclear codes. But as I wrote here seven months ago, every once in a while, voters discover they have the power to do something they have never done before; and that discovery itself becomes a significant political force.

Should that happen, Democrats will need a candidate well-positioned to resist that power. It’s far from clear that Hillary Clinton is that candidate.

Which can only help Sanders, even as his people powered campaign continues to gain momentum.

And others contributing their own videos to help make this latest campaign ad...

The title of that video is Make History. Bernie Sanders is certainly doing that.

His campaign has the potential to rock the United States to its very foundations.

You can stop a man, but you can't stop a movement.

And for progressives the future has never looked brighter, or more exciting...

the clintons have proved repeatedly how evil and corrupted they are. A vote for hillary is even worse than a vote for drumpf because he's just a loudmouthed buffoon whereas she's truly smart enough to be phenomenally dangerous to her country and our world. she has repeatedly, along with her "bubba", caved to the worst segments of what's wrong with and what's actually running amerika and turning it into an agent of pure evil. her malice and vengeful aforethought along with her pathological lying are her most "endearing attributes" as well as her more fearful weapons against anyone she sees as a threat and has no compunctions against using them, and worse, on anyone at all. she's the 1%'ers' version of the Frankenstein monster incarnate. No morals, no soul, no remorse....and she will have her finger on the button?

Anon, you just described Dick Cheney. I am only disagreeing on three things.

1) I don't think she is 'evil' but she's afraid to go against the flow or her own personal interests.
2) I think she's capable of remorse.
3) Drumpf is worse because he has no actual plan aside from slogans of what he wants to do. And is so easily provoked into a fight.

Let's hope the FBI throws an indictment on Hillary Clinton before the American electorate and Democratic party continues further on their course of potentially wrongfully nominating the worse possible candidate (ie. Hillary), thereby throwing the election in 2016, thereby handing it over to either Trump (eek!!) or Cruz (oh my!!!).

In other words, if Sanders doesn't win, the US is doomed.

Voting for Clinton means more of the same for American. She does not represent real change from the direction Americans have taken since the Reagan years. For all intent and purposes she is a moderate Republican. She is not a progressive Democrat in the same vein that FDR was.
If she is elected, the middle class and the poor will see a further degradation of their living standards, and the top one-percenters will continue to thrive at everyone else's expense.
Yes, she is infinitely better than Trump or Cruz, but she has no new plans to change the status quo. America is crumbling under the weight of corporatists, and their lobbyists who exert a disproportionate amount of influence over politicians. It is clear that Clinton is part of this insider group of Wall Street profiteers who do not have American society's interests in mind.
Let's see if Americans are wise enough to wake up and smell the coffee, or whether they will march blindly to the ballot box and vote for more of the same.

Clinton is a symbol of phony democracy.

The Washington Post ran an article the other day stating that registration of American business in Panama has slowed considerably since the implementation of the Free Trade deal. Things may not be as simple as we want them to be.

It doesn't really matter who is President. it matters who controls the Senate and Congress.

any Democrat will be better than a Republican and American Democrats will have to get with the agenda if Clinton is the candidate. The "fun" newspaper headlines on Sunday, won't be a joke if a Republican is in office with a Republican senate and congress.