The Sad Surrender of the NDP's Youth Wing 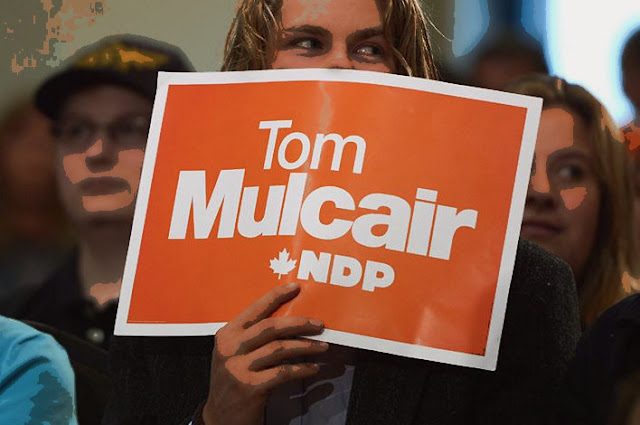 They complained about the way Tom Mulcair and his party marginalized them during the last election, or treated them like children.

They complained about the way they were sent out to campaign with a boring, conservative-lite platform no young person could get excited about.

Or for that matter any Canadian of any age.

They wrote an open letter to the party demanding a new direction for the NDP, and a return to its left-wing values.

But sadly when the moment of truth arrived, and the NDP youth wing finally got to meet their leader... 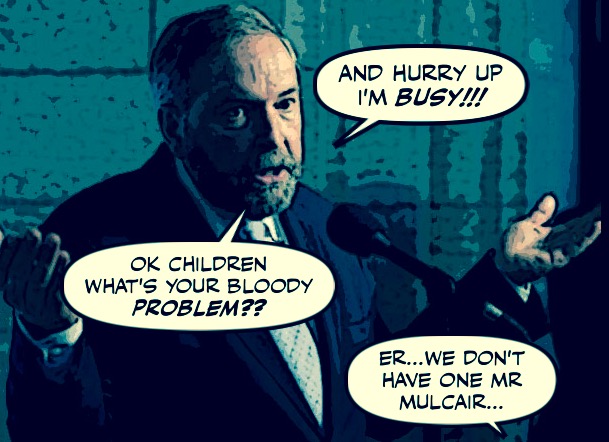 I have no idea what really happened, but they did surrender meekly.

The New Democratic Party’s youth wing has decided not to call on its members to replace Tom Mulcair after the NDP Leader privately addressed the group the day before the party’s convention gets under way on Friday.

In a closed-door vote on Thursday that was evenly split, the Young New Democrats opted not to publicly disavow Mr. Mulcair, even after the executive issued an open letter calling for generational renewal and “a new style of leadership.”

They did settle for this:

The youth wing’s outgoing secretary, Stefan Avlijas, who is calling for a leadership review, said he believes Mr. Mulcair is now “seeing which way the political winds are blowing.”

Still, he said, Mr. Mulcair acknowledged the concerns laid out in the organization’s letter, which noted that young people were not properly consulted during the last election campaign.

“It’s heartening to see that the grassroots of the party still have the power in order to be able to direct change,” Mr. Avlijas said.

And called it victory.

But then who can blame them? When judging by the name on the convention lanyards... 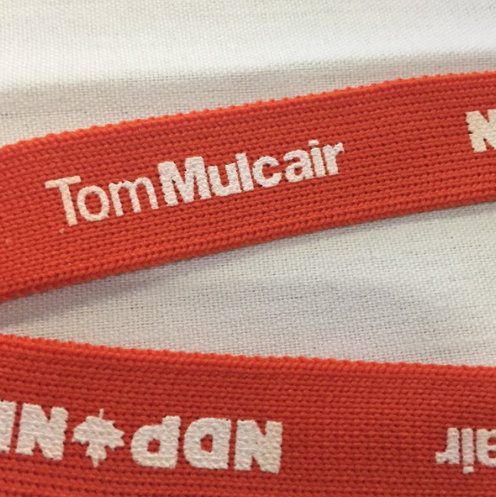 The fix is in. And it is The Mulcair Party.

You know, as I've said before, there are no villains in this story. Even Tom isn't a villain.

Just a professional politician, with some fine attributes, but deeply rooted conservative tendencies.

And the NDP youth are only guilty of being too nice, too polite, or just too Canadian.

Which is fine, I like the way we are.

But we live in a time when the corrupt capitalist system is crumbling, the planet has never been more threatened, and the future of the young has never looked so bleak.

So I believe the role of youth in any political party, is to shake things up, and push for radical or real change... 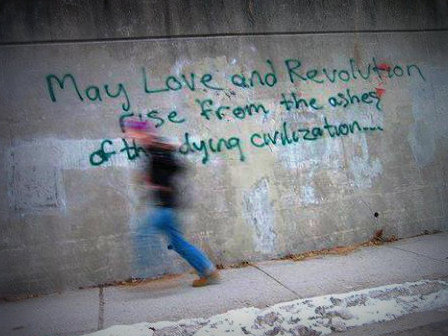 And if they annoy the hell out of the party establishment all the better. For it saves the party bosses from becoming too settled or too complacent.

This paragraph in their open letter couldn't be more right:

For whether the young support the NDP, or the Liberals, or the Greens, the left is the only future for all of them

And the only way we will save the planet, and stop those who would destroy it and turn us all into slaves.

And in that regard, the NDP youth wing's sad surrender couldn't be more unfortunate... 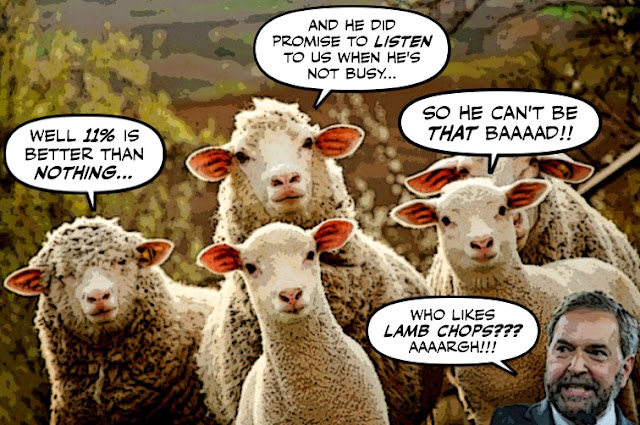 And may the Great Polar Bear God of the Great White North protect them if Mulcair wins a strong mandate.

But seriously, as I have said before, they are a fine group of young idealists.

The NDP is lucky to have them.

They may be tragically Canadian, but their open letter was excellent. They will get another chance to shake things up.

And they still are the future...

Why change dicks in the middle of a screw....
vote for tommy this time too....

Looks like Tom had to sell out to vested interests sitting on the opposite track to the Cons pseudo capitalistic gravy train. Neither party offers a bright future for the majority of the population.Trudeau does seem to be sponsoring a movement rather than a political party but he is treading in a treacherous swamp full of crocs.Perhaps the movement will result in smart electoral reform that will empower the majority rather than force them to vote for the party whose controlling lobby groups are the least objectionable.True unencumbered democracy works because as individuals we sometimes make bad choices but given free choice, collective decisions are usually near optimal especially if the feedback loop is impartial and unfiltered. A tall order but we have to start somewhere now that it is abundantly clear where the status quo is taking us.
RT

As a lifetime Liberal, I really want the NDP to strengthen and reclaim its roots. I think the Liberal government is exactly what Canada needs, but they will shift to the right as any sitting government will do. So, just as Sanders keeps Clinton on her toes, we need the NDP to reclaim its left roots to keep Liberals on their toes.

I am under the impression that Mr. Mulcair was only interested in being the leader of the opposition and not Prime Minister as a result of the last election. The groundswell was definitely Trudeau and believe he wanted to keep his overpaid position, great housing and little pressure, seems to be his way.

The youth wing of the party may have sensed what older party members haven't, they don't have a replacement for Mulcair, so go with what you got, until you do. they may see they can work with Mulcair better than someone else.

Now is not the time to change leaders, the party does have to "drift" to the left and as younger members take over positions, that may well happen.

yeah, and then we can also die of old age waiting for the NDP to get a replacement for tommy.
Chamberlain's logic in a nutshell. "Let's just wait and see..."
The ndp is fucked until they dump mulcair. Might as well vote for the communists or greens for all the impact an ndp vote will have now and for a looooong time. The patheticness of theirselves...