Michael Ignatieff and the Boy Scouts 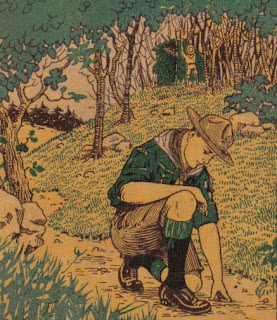 When I was a boy I thought that being a Boy Scout was a good thing.

When I was older I was proud when other nations called us Boy Scouts. Because we were the decent mediators and peacekeepers of the world.

When I grew up I came to understand that the war in Afghanistan was a tragic mistake.

So what the hell was Michael Ignatieff talking about today?

A Jack Layton government would be a mistake, he said, especially on a file like Afghanistan, where the NDP has demanded Canadian troops be pulled out immediately.

"We've got to choose a government on the 2nd of May; we can't choose a bunch of boy scouts on this issue."

And why ? When he has almost no political experience, was a poor opposition leader, who let Harper climb all over him.

And if he wasn't such a fussy chickenhawk, he wouldn't have wrecked his chances in Quebec by supporting the war. And Canadian troops wouldn't still be dying in Afghanistan for NOTHING.

You know it's ironic eh? The man whose hopes were strangled by the foul Con attack machine, is going out trying to smother the hopes of so many other progressive Canadians with his own attack ads.

When he should just be hammering the Cons and selling his own party platform. Because he could be soon working with Layton in a coalition government.

And one day the Liberals and the NDP may merge to form a new party that will drive the Cons from power FOREVER. As this Liberal Senator suggests.

Oh well. Vote for who you must. But I'm tired of the same old, same old, and I'm voting for hope.

I'm never been a political partisan. I was too wild and rebellious to be a good Boy Scout. And after the election I shall go back to marching to the sound of my own drum.

But right now I'm taking a chance for REAL change.

And imagining a different kind of leader...

I don't believe that Ignatieff meant to impugn the Boy Scout movement.

I believe he used the term to mean "callow folk".

I'm not defending Ignatieff; I'm merely adding an explanation to an ill-used term in the heat of a campaign on which the future of this nation hinges.

Don't get so tightly wound Simon.

Yeesh! I agree with Torontonian here. I don't think Iggy has anything against boy scouts per se, I think he simply meant that Jack and his party were naive,

His candidates need affirmative action at the polling station and some ridings should be white males need not apply just like the NDP does provincially.

Yo, Dino, what you said made absolutely NO sense. But maybe Jack can bring in affirmative action for stupid people. That might help you a lot.

hi Torontonian...I'm not wound up, I'm excited. And I'm not accusing him of impugning the Boy Scout movement. I'm accusing him of being ridiculous over Afghanistan, when Layton's position has turned out to be better than his.
And all I'm saying is that Ignatieff should be more positive because him an Layton could be working together soon. And Stephen Harper will use any discord to argue that they could not provide a more stable government than he can. Trust me that's coming...

hi CK...As I told Torontonian nobody should call Layton naive over Afghanistan after what has happened there.
And one person's naive is another person's idealistic...

hi Marginalized Action Dinosaur...I care deeply about unemployed males of any colour. I know how it can hurt people. And I believe Layton and the NDP are more likely to care about them than the Conservatives and the Liberals do...