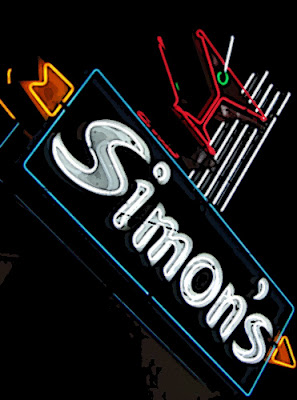 And since we welcome people of all ages...as long as they're not Cons.

And I love this song.

Please give a big hand for Mr John Roby...

You know... when I see all those talented Canadians...young and old... doing their part to help bring down the Harper Regime.

But I'm so honoured to be in their company...

Once again, here is a poem I wrote about Harper. This is my remake of the Grinch song:

You’re a mean one Mr. Harper
You really are a liar
You’re so cuddly in your sweater
You’re warmth comes from a bier
Mr. Harper
You’re a bad apple in a rotten barrel

You’re a demon Mr. Harper
You’re heart is made of ice
Your head is full of poison
You have a shadow for a soul Mr. Harper
I wouldn’t vote for you with a
41 foot pole

You’re a smarmy one Mr. Harper
Your smile is prorogued
You protect women’s’ place in the kitchen
Mr. Harper
Given the choice between you and an oven
I’d take the oven
And the gas

You’re a soulless one Mr. Harper
The devil leaves you alone
Because he claims you as his own
Your heart does not beat
Your soul stinks of smelly feet
Mr. Harper

The 3 words that best describe you are as follows, and I quote
Wanker, Wacko, Wonk

You are rotten Mr. Harper
You’re the king of deceit
With a calculator you can’t even add up receipts
Mr. Harper

Your lies cost people stock
Your hate would end love
Democracy, for you, is just a suggestion
You wear your contempt with a jaunty feather
And a belt made of condescension

You nauseate me Mr. Harper
Your bile makes me sick
Your promises vomitus
Mr. Harper

You are the bottom of the heap
You make mockery of the sheep
Your control is excessive
You are the universe's reason for everything that is wrong
Mr. Harper
God wipes you from his ass

hi deepgreendesign...yes I agree. It was beautifully shot as well. I've been humming the tune all day... :)

You’re a soulless one Mr. Harper
The devil leaves you alone
Because he claims you as his own
Your heart does not beat
Your soul stinks of smelly feet
Mr. Harper

Lordy. I think you hate Harper even more than I do. And I'm envious. ;)

Seriously though, you should think about putting some of your poems to music and making a YouTube video. I'm sure it would be good...